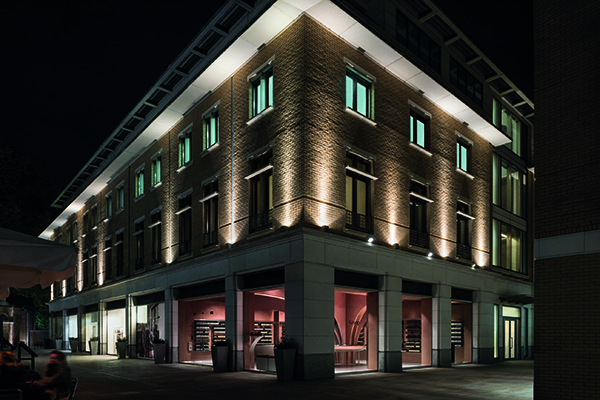 Situated in Chelsea, London, Duke of York Square is home to the flagship store for iconic Australian brand Aesop.

Having opened to the public in November 2017, Aesop Duke of York Square is the latest addition to Aesop’s series of uniquely designed boutiques around the world.  The store’s design is inspired by the contextual relevance of the location combined with an influence of futuristic elements. The result is an interior characterized by classic architypes, a pale red colour palette, and stainless-steel elements.

The completion of the project was the result of strong collaboration between designer, architect and client. Oslo and New York based Snøhetta was responsible for the design of the space, with Denton Corker Marshall acting as the project’s lead architect. Premier Construction recently spoke to representatives from both companies to get a greater sense of the store’s design. Angela Dapper, Partner at Denton Corker Marshall, began:

“This was the first store that we worked on with Aesop. The team structure was a new set up for Aesop not only because this was their flagship store, but it is much bigger than the stores they’ve done previously. The project started from an empty shell so we needed to fit out everything, including floors, walls and building services.

“Denton Corker Marshall is Melbourne based and so is Aesop, so there was an Australian connection there. At DCM London we have completed a lot of collaborative work with a lot of international designers previously, in terms of restaurants and some retail. Aesop asked us if we could get involved as they needed a hand with this one. Essentially we were commissioned to create a white box within their unit and execute the Snøhetta design.”

From here, Aesop and Snøhetta worked together to develop a design that was both unique and yet stayed true to the brand’s values. Peter Girgis, Senior Interior Architect at Snøhetta, explained:

“Aesop had a brief that they introduced at the onset of the project – information about the location, the size and also a general customer walkthrough. As well, they gave us some ideas for inspiration and how they feel the attitude of the space could be. They send us this inspiration, whether its film or art, and get it to accelerate our way of thinking. It’s very helpful to have this in the back of your mind before a site visit.

“In this space, one of the key things we recognised about its location is that it’s in a pedestrian square and it’s a corner location with a lot of storefront. With the large storefront there was an opportunity for exposure that we recognised and we understood there would be high visibility for pedestrians on the street. When you approach the space, as you get close to the door, you’re drenched in a sense of calm. The space is grand in a way but peaceful in another.

“The striking element in the space is this 4 metre diameter sink, which is attached to an off centre column. One of the key things for Aesop is the testing of the products so the sink became more than just a sink. It became a water table, a place for customers to gather around, examine and test the product. The sink itself was an iconic feature and branching out from it is this column, arching out to all corners of the space. That attaches itself to the perimeter walls of the room and its colour becomes another iconic feature in the room. It’s made from clay provided by Clayworks and comes from Devon.”

Since opening, the store has to be a popular and distinctive addition to Duke of York Square. The large glass frontage helps trigger a sense of curiosity and draws passers-by in for a closer look.  The warm reception to the store is a testament to the collaborative nature of the project. Angela added:

“It was a very good collaboration as everyone’s aims were very clear.  The process was really efficient. I know that’s not a great word to use with design but it was really efficient. Aesop and Snøhetta had a very strong design aesthetic for the store, so it was our role to create a space for this to happen. In some ways it was very challenging because everyone came with a very strong idea of what it needed to look like and what it needed to achieve, but it actually worked quite effectively.

“It was such a great project to be involved in because it was so crafted. All the materials were really well considered, which as an architect is such a lovely thing. It was really nice to be a part of it and be really hands on in creating such a unique product.”