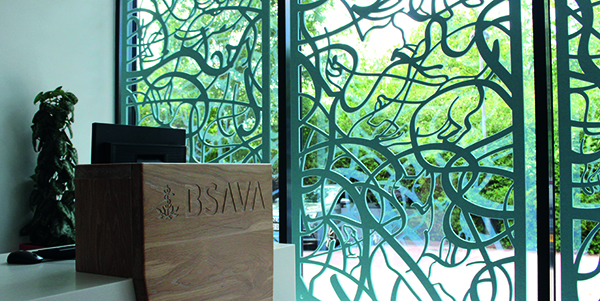 Based in Quedgeley, Gloucestershire, the British Small Animal Veterinary Association (BSAVA) is a professional body that serves veterinary professionals who treat companion animals. With over 10,000 members, the BSAVA informs, supports and engages with the small animal veterinary community.

In July 2017, the BSAVA moved out of its head office – Woodrow House – ahead of a year-long refurbishment, modernisation and extension to the building. Woodrow House was originally built in 1999 and is a traditional steel-framed and brick building. As well as operating as the organisation’s headquarters, Woodrow House is also used for the BSAVA’s education services.

The renovation has enhanced the scope for future work as well as improving the working environment. “We have been significantly extended in terms of our facilities,” said Simon Grover, BSAVA Membership Services Manager. “We’ve focused our attention on putting in all the latest technology supporting the education team, as this is one of the main objectives of the BSAVA – furthering education within the veterinary sector.

“From our starting position, we’ve modernised but also prepared for the future. In addition to that, we’ve completely gutted the entire building so it’s a complete internal restructure barring the lift shaft. It’s been on the Association’s agenda for a number of years. To contextualise that, I have just celebrated my fourth anniversary at the Association and, when interviewed back in 2014, I was advised that the office may well be relocated, so it has been a long journey but it’s also been worth the effort and wait.”

Work was carried out on site by Bristol-based Lancer Scott and took a little under a year to complete. Rather than relocate a significant distance while this work was carried out, however, Simon and the team identified a solution closer to home:

“We moved out while it was carried out but we moved into portable offices (www.portableoffices.co.uk) as a solution. Ten converted freight containers housed our staff more than adequately for 11 months. We were on site, watched the work happen and were there for any client liaison issues. We had some great assistance from our neighbours at Holiday Inn who allowed us to use their car park during the day. Rather than the hassle of hiring office space, everybody was able to come to work as normal.

“Obviously you propose the idea of moving into portacabins and everybody thinks they’ll be cold, noisy and damp but they were anything but, and I would recommend them to others in a similar predicament. We were really pleased and it was by far and away the best solution. The other joy was that people were able to keep up-to-date with the refurbishment and the relationship we’ve achieved with Lancer Scott has been second to none.”

Reflecting on the importance of the renovation, Simon concluded:

“We wanted to improve staff amenities like the kitchen area, decent air conditioning and lighting. We’ve also gone for a lot of contemporary artwork, which has gone down well so far. There is now a lot more of a modern feel to the building, which was 20 years old and starting to show it. We are able to provide a fully equipped, modern learning experience for all of our delegates, both now and for the next eight to ten years and of equal importance it is also a modern and exciting place for our staff to work in.” 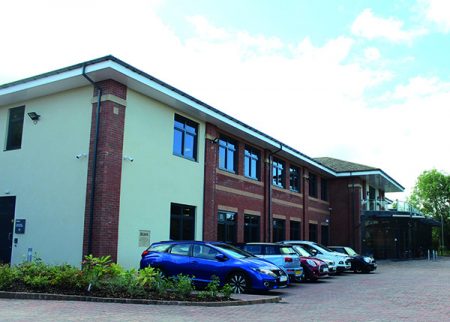