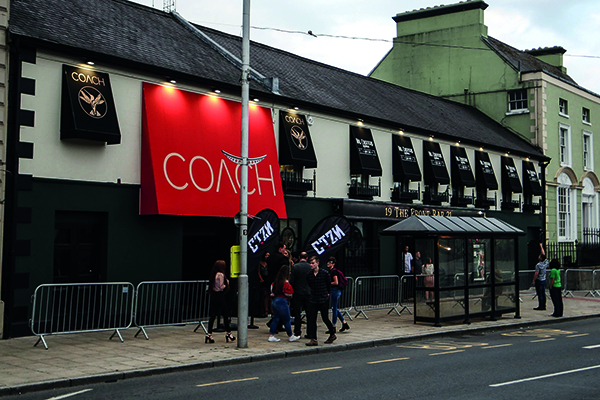 The Coach Complex in Banbridge, one of Northern Ireland’s most popular hospitality destinations, has unveiled a dramatic one million pound transformation to its renowned Coach Nightclub.

The Coach Nightclub has a rich history and reputation having played host to a variety of high-profile acts and DJs. Earlier this year, the venue closed down for 6 weeks while a wide reaching renovation was carried out.

“What initially was planned as a production upgrade turned into a nightclub wide renovation.  Having teamed up with award winning interior designers ODonell ONeill and together with Declan Diamond Architecture & Bespoke Transformations we undertook a full scale renovation of the nightclub space that involved closing the premises for 6 weeks.

“A major aspect of the renovations was the production within the nightclub and this was looked after by the world leading team at Audiotek. They have previously provided installations for Hakkasan and Omnia Nightclubs in Las Vegas as well recently fitting out Omnia Nightclub in Bali.

“There is a great deal of attention to detail in the interior. All the furniture has been bespoke made, from marble tops to brass cabinets to steel walls. We’ve also got new hand-made neon signs, located in the entrance area of the nightclub, which form part of an Avicii tribute. There are a lot of areas in the club that really catch your eye.

“They also invested a significant amount of the project’s budget into upgrading the club’s production and sound facilities. There are new LED panels on the roof, which is something that has previously only really been seen in Los Angeles before. They have also invested a lot more in CO2 and pyrotechnics. One of my favourite new features of the venue is our brand new outside space. We imported four shipping containers and had them custom designed to work within the space with bespoke furniture providing a luxurious feel.”

The new look was launched on Saturday 16th June with a special event and feedback on the upgraded venue has since been hugely optimistic. Victoria added:

“The feedback has been very positive. I think it’s been a shock as it is such a dramatic transformation. It’s now a lot more modern than most nightclubs are in Ireland. I am really happy with the work that was carried out. With the work carried out we will be able to get the world class acts and DJs that we want over here. That was the big thing with improving the production and making the main room bigger – we can now bring over the headline acts from across the world.”

Work to overhaul the nightclub is the latest project carried out to the overall Coach Complex. A new half million pound rooftop bar and terrace opened earlier this year to rave reviews. Known as Mr. Crozier’s Residence, it features a decadent cocktail lounge and outdoor roof terrace.

The Coach Complex comprises of The Front Bar, Mr. Crozier’s Residence, Coach Classic function room and the iconic Coach Nightclub, all under the one roof and part of the Kali Ltd. Hospitality & Leisure Group. Kali group itself comprises ten separate venues of which the Coach Complex stands apart as the flagship holding. 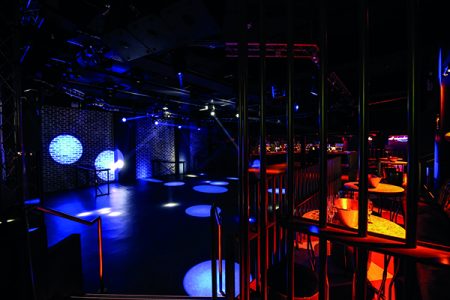 Matrex Mats & Matting Ltd specialises in the design, manufacture, supply and installation of bespoke entrance matting and flooring. The company has been in operation for 34 years and within this time has provided flooring solutions to a range of high-profile projects, including the Titanic Building, Windsor Park Stadium, University of Ulster, Queens University, Royal Victoria Hospital, Armagh City Hotel, Bushmills Distillery and Europa Hotel, amongst others.

Most recently, Matrex Mats & Matting Ltd has been involved with the work on The Coach Nightclub, supplying and fitting specialised entrance matting systems and flooring.

“We take pride in being involved with such prestigious projects as The Coach Nightclub.”

“With 34 years of experience we can offer our clients specialised knowledgeable advice, with a focus on quality, service and supply.” 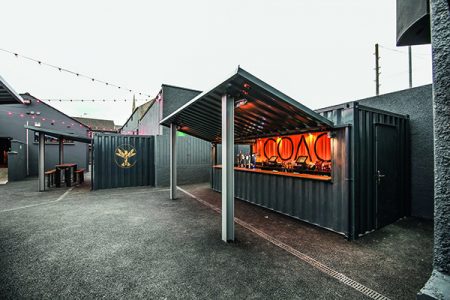 Walcon is the UK & Ireland’s specialist shipping container conversion company with over 20 years’ experience in the industry. The company are experts in bespoke container conversions for both domestic and commercial projects and some of Walcon’s previous clients include Grand Designs and BBC Productions, as well as a vast range of international shows and trade fairs.

Walcon was asked by The Coach to supply a unique outdoor accommodation area using bespoke converted containers, which included three sheltered seating areas, a bar and even a DJ booth! The company was delighted to work on the project with Gordon and his great team at O’Donnell & O’Neill Design, and were very eager to showcase their work for another high-end project and client.

“We pride ourselves on our versatile approach, attention to detail and ability to deliver on time, every time. We were very pleased with the outcome of the project and have seen a lot of interest from others in the hospitality industry that would like to implement something similar due to the versatility, durability and longevity of our finished product.

“Therefore we are proud to have the opportunity now of introducing our new brand that specialises exclusively in bespoke container conversions, Capsual by Walcon. With Capsual we can design and develop exclusive leisure spaces that are adapted to suit your business, and will allow your clientele to experience a new level of comfort and luxury that will create a lasting impression and keep them coming back for more!” 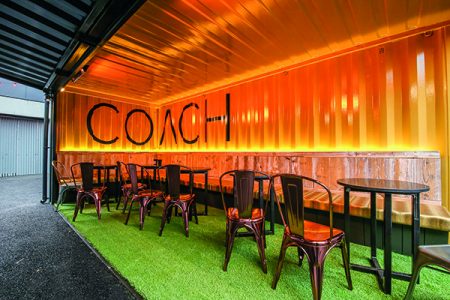 BPR Contract Furniture specialise in the manufacture of bespoke furniture, including tables, chairs, sofas, benches and more. The company has been in operation for 14 years and within the time has worked on a range of prestigious projects, including the Microsoft’s European headquarters in Dublin, Danske Bank branches throughout Ireland, Ten Trinity Square London including Four Seasons Hotel, the Fitzwilliam Hotel in Belfast, WeWork Offices in Dublin, and Glenavon Hotel in Cookstown.

“The Coach has always been a well-known and recognised establishment. Having worked previously on phase one of the development which included the bar and restaurant, we felt very comfortable in our ability to deliver on phase two. We are always aware that we have two sets of customers to cater for and we are very pleased with the outcome of the entire project.”