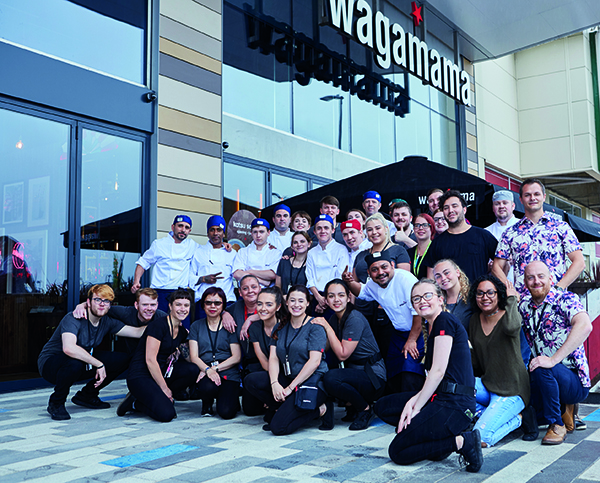 wagamama is clearly in high demand in the North East as it has opened its second location in Liverpool, this time at New Mersey.

wagamama has had great success with its Liverpool ONE location and now takes a unit at the well-known shopping centre bringing its nourishing Japanese style menu and 70 new jobs to the local area with it.

There is no shortage of seats at the notoriously busy restaurant chain with a 130 internal seats and a small external outside dining area.

You can be sure all tastes are catered for with wagamama’s Asian-influenced menu. Famous for its cult classics such as chicken katsu curry, chilli chicken ramen, yaki soba, and beef donburi the restaurant has opened with their brand new summer menu.

wagamama caused a wave of excitement amongst the growing vegan masses in May as it introduced the vegan version of its notorious katsu curry, the “vegatsu”.

Speaking ahead of its opening, General Manager of wagamama New Mersey Jan Ullich said: “We have a great team and can’t wait to get the doors open to the shoppers of New Mersey. We already know the people of Liverpool love our food so we are really excited to be branching out to Mersey.”

Doors opened to the public on the 30th of June with a series of soft launch events prior to the official opening.

For more information about wagamama New Mersey, or to dive into the wagamama menu, please visit: www.wagamama.com.

wagamama New Mersey has opened at New Mersey Speke, one of the nation’s top shopping destinations which offers a whole range of the UK’s favourite retail brands as well as a variety of places to stop, eat and drink. wagamama sits alongside popular restaurant chains such as TGI Friday’s, Nando’s and Pizza Hut and once complete the retail site will be home to six restaurants and a cinema.

The 66,000sq.ft site is owned by Speke Unit Trust, which British Land has a large stake in. British Land is also the property advisor for the shopping park and the scheme is part of British Land’s plan to double the amount of food and drink outlets across its retail portfolio over the next five years. 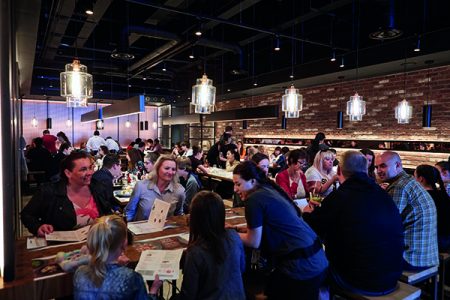 JBE Interiors is an interior fit out contractor, specialising in the fit out of restaurants for the hospitality sector. The company has been in operation since August 2017, but managing director Jason Beedle has a vast wealth of experience in the industry, having previously operated HCM Interiors.

“This project gave us the opportunity to build our first restaurant for wagamama which was great for us at JBE. The results were fantastic and it was well received by wagamama.

“We hope to continue our working relationship with the brand into the near future and also wish them every success with their new restaurant.”