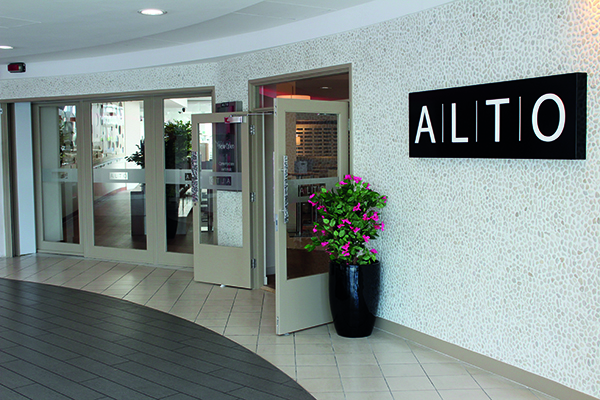 Boasting championship credentials behind the scenes, Alto is set to be a knockout in the Nottingham hospitality scene.

A joint venture between former world champion boxer Carl Froch, John Glover, Marc Brough and Rebecca Brough, who have a wealth of previous experience in the bar and restaurant scene, Alto opened at the beginning of August.

Alto is situated on the second floor of The Cornerhouse leisure complex and boasts three indoor bars as well as a further bar on the expansive outdoor terrace.

The venue occupies the site that was home to the Rocket at Saltwater for over a decade. Following a rapid strip-out and refurbishment, Alto showcased its new look at a VIP opening on Thursday 3 August. The design of the overhauled space was led by part owner John Glover, who was able to draw on a wealth of hospitality experience to create a unique destination. Speaking to Premier Hospitality about the work, he said:

“The space is a second floor level in the Cornerhouse, Nottingham. It is accessed from the main elevator and lift area, known as the drum. It’s a large space, which in terms of usable public area we’ve actually increased significantly beyond what used to be Saltwater. We now have a space that’s capable of accommodating just under 700 people when it’s full. It has four bars, three of which are inside and one which is outside. The other significant thing about the premises is that there is a large external terrace, probably the largest in Nottingham and certainly the nicest. Obviously in the summer months and later on into late October is a tremendous plus point.

“The previous guise was, to say the least tired, and not up to what current customers in the leisure sector require. Unlike a lot of schemes in Nottingham and throughout the country, where they are concentrating on filling them with antiques and recycled furniture, we took the view that we wanted to offer something clean, modern and up to date. I believe that what we’ve produced is a sleek, cool, swanky interior. The outside terrace is similarly designed.

“The look is something that you won’t have seen before. It’s based on cool creams, metals and upholstery. There are some significant talking points in the scheme that hopefully people will remember. For example, over the dance floor we’ve got large, spherical cage type light fittings, which provide some shape to what would otherwise be an uninteresting ceiling.”

The outdoor space is the only rooftop terrace in the city centre and includes day beds, perfect for lounging and blankets so the stunning view across the Nottingham skyline can be enjoyed in maximum comfort. An opportunity for music is provided by the terrace’s DJ booth. Alto’s floor to ceiling windows flood the space with natural light while the VIP area is separated by screens, to create an air of exclusivity.

The drinks menu has been carefully put together by an expert team to ensure all tastes are catered to. Highlights include the ‘Twister Cocktails’ that have been specially concocted. There is also a new all-day food menu, which includes nibbles, small plates and delectable deserts. Small plates include Sticky Chicken Bites, Calamari, Tempura King Prawns, Creamy Macaroni Cheese, Red Thai Chicken Skewers and Breaded Lemon Sole.

Having delivered the project in budget and on time, the early feedback for Alto from the Nottingham public has been positive. John added:

“What we were very keen to do was to provide something that just hadn’t been seen in Nottingham or probably other large cities. The feedback has been really good. We’ve got a good digital media following and lots of people are talking about it.

“I’d always wanted to get back into leisure operating and this was a golden opportunity.”

Alto is the latest addition to Nottingham’s Cornerhouse complex, which has been the city’s entertainment hub for over 15 years.

Alto is open seven days a week, seeing revellers through to the early hours on Thursday, Friday and Saturday nights. Booths, day beds, parties and the VIP areas can all be booked via Alto’s website. For more information, please visit www.altonottingham.co.uk. 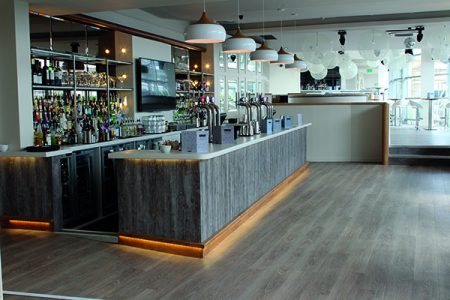 Quatropi is a modern furniture company, specialising in offering unique furniture at affordable prices. Quatropi was founded in 2004 and oversees each aspect of a project from product design to final delivery.

The company worked alongside designer John Glover to deliver furniture for new bar Alto. This included coordinating the logistical side of the project along with quality inspection, all while working to a very tight schedule.

As well as Alto, Quatropi has provided furniture for a number of independent bars and restaurants, working with some very noteworthy A-list celebrities, both directly and through interior designers. The company has also worked on big projects with premier destinations such as Alton Towers.

“It was a pleasure to work on this project, Alto bar is a perfect partner for our contemporary furniture and we think the terraces look a fantastic area to chill and enjoy the vibe.

“Quatropi strive to give our customers exactly what they want, when they want it. We are a medium sized family business and as a member of staff, I can honestly say that I love working here. I believe that this comes across from a customer’s perspective and they can tell that we have a genuine pride and interest in what we do. Every customer has a personal point of contact who is always contactable by email or by phone. We care about our people, our customers, our suppliers and our colleagues.” 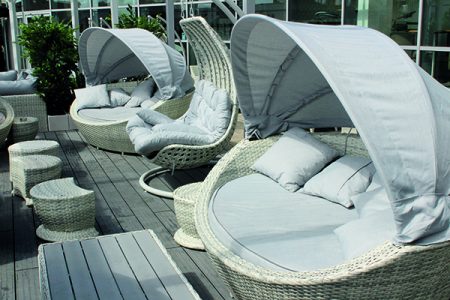