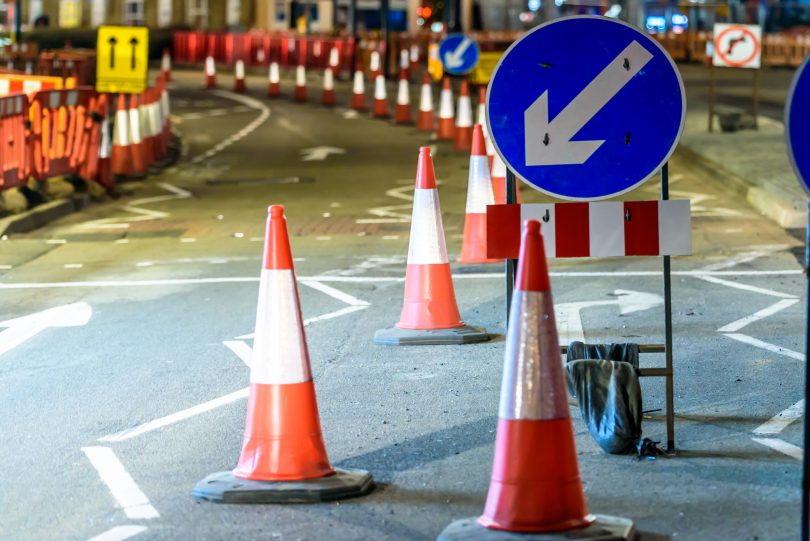 Residents were invited to public events in September to give people the chance to look at plans for plans for Princes Quay Bridge and the improvement work at Roger Millward Way roundabout, both of which started in October.

The new bridge, linking the marina with the southern end of Princes Dock, will improve access and make it easier for pedestrians, cyclists and disabled users to cross the A63.

At Roger Millward Way, an extra lane will be added through the middle of the roundabout and additional traffic signals will help to reduce congestion and smooth the flow of traffic.

Highways England Senior Project Manager James Leeming said: “It’s great news that we have started work on these two key schemes. The bridge has been designed to allow further development around the waterfront and is an important part of Hull’s plans for the future.

“We’re carrying out these schemes together under one contractor to minimise disruption and to make the best use of the funds available.

“While both the bridge and Roger Millward Way roundabout improvements are being built, we’ll have narrower lanes and a reduced speed limit in place.”

The bridge is being part-funded with a £4 million contribution awarded to Hull City Council by the Humber Local Enterprise Partnership.

The £6m improvements to the roundabout are being funded as part of a nationwide £220m Congestion Relief Fund which was announced by the Government last year to help tackle congestion at key locations.

To prepare for work starting on the bridge, Hull’s historic Spurn Lightship has been moved by local marine specialists. It will then be moved to its permanent home on the Marina once the bridge has been built.

Councillor Daren Hale, Portfolio Holder for Economic Investment and Regeneration, said: “Following years of lobbying, it is thrilling to see the commencement of these schemes which are vital to Hull. The building of the pedestrian bridge is a core part of the A63 improvement scheme, and the impact the bridge will have on Hull’s economy cannot be underestimated.

“The bridge will reunite the Marina with the city centre by connecting the heart of the city to its thriving waterfront, and is a critical element of our long-term regeneration plans.”

The bridge is expected to be finished by early 2020 and work on Roger Millward Way is expected to take around 9 months to complete. The schemes will be delivered by Interserve who has been appointed as the contractor.

Both schemes will be completed in advance of the major A63 Castle Street project which will improve access to the port and city centre.

The upgrade is part of the government’s £15 billion roads investment strategy, which is transforming the road network and improving connections between cities.