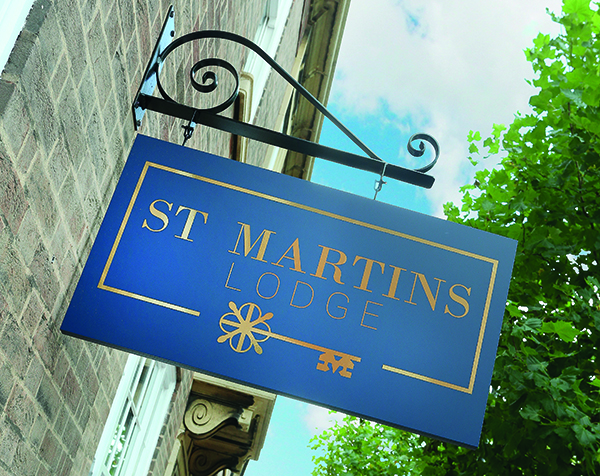 A landmark elegant £1.8m hotel, St Martins Lodge has just been completed on Peacock Lane opposite Leicester Cathedral, in a project involving the refurbishment of two prominent buildings, and carried out for the Diocese of Leicester.

The lodge is a unique addition the heart of Leicester, providing luxury accommodation for the tourism and conference market within the city.

The project answers increasing demand for luxury overnight accommodation in Leicester where the landmark discovery of King Richard’s long-lost remains in 2012 has significantly boosted visitor numbers.

The conversion includes a new penthouse extension to the Peacock Lane building, as well as a link connecting the two buildings which were both previously used as offices.

Many original features have been retained, including the hallway with its chandelier and elegant staircase. Each room is individually styled in sympathy with the historic architecture and character of the original building.

Malcolm Foulkes-Arnold, founder of Corporate Architecture, said: “The client wanted to construct a hotel to support their other diocesan facilities in the area, including their nearby St Martin’s conference centre and restaurant located just across the road.

“The building is Grade 11 listed and was rather worn and tired internally, although it included some great historic features. There was very good collaboration on the project between the client, the city council and the main contractors Stepnell, whose site agent was particularly pro-active in promoting liaison between the parties involved.”

Corporate Architecture worked with interior designers Faber, the City Council, the Diocese and Historic England in determining the internal layout of the building, whilst respecting its history and retaining and refurbishing original features.

One of the greatest challenges of the project was in maintaining the original look of the building and retaining the exterior, which is true to its history, with the only change being the addition of a penthouse suite on the top floor linking in between two wings. Some of the bedrooms posed challenges but these too, were overcome.

A local artist was also commissioned to produce artwork reflecting the history of the city and this is displayed in both the public areas and some of the bedrooms.

Malcolm Foulkes-Arnold concluded: “The project was completed on time for a soft opening in September/October 2018 – thanks again to good teamwork.

“This is a high end addition to the Leicester hotel and hospitality market and has been an excellent project to work on – particularly as we have been based in Leicester for over 30 years and to carry out work in the city centre was great for us in showcasing locally what we can do in terms of delicate and detailed work.

“This is brilliant for us because it is part of the Richard III area and it gets the company prominently into Leicester.”

Stepnell regional director Thomas Sewell said: “This project delivers high-end accommodation in one of Leicester’s most historically significant settings, as well as bringing fresh life and a new use to these two buildings which had been lying empty.

“We were thrilled to be working in a location which plays such a prominent part in the story of both the city and the nation.”

Buried over 500 years ago, following his death at the Battle of Bosworth in 1485, the remains of King Richard III were discovered by archaeologists in 2012, underneath a Leicester City Council car park. The king was reinterred in Leicester Cathedral in 2015. 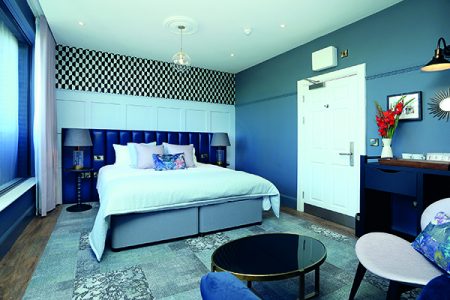