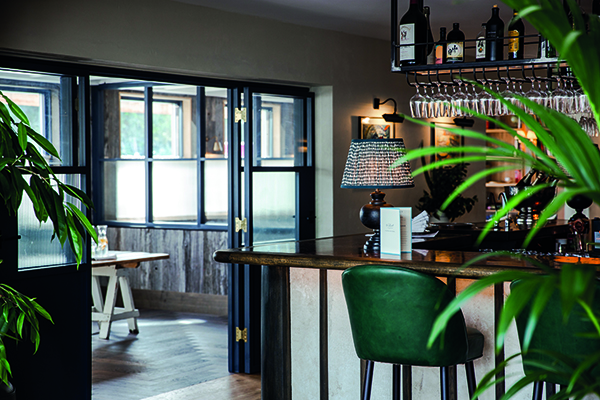 The Gallivant, a stunning boutique hotel in East Sussex, has undergone a significant expansion ahead of 2019. Owned and operated by Harry Cragoe, The Gallivant’s ground floor now boasts a new light and airy dining room, snug, bar, sitting room and a private dining room.

The size of the ground floor has been almost tripled and feedback since the new look debut has been hugely positive. Premier Hospitality recently spoke to Harry to gain an insight into the project:

“Over the past couple of years, as we’ve become increasingly busier, the restaurant was basically too small to meet demand. The restaurant was originally 45 covers and then we have 20 guest bedrooms. Every weekend and 2 to 3 nights a week we’d be full just with residents, so we weren’t able to actually offer tables to locals. I realised that I had to increase the size of the restaurant but at the same time, as we’ve become increasingly busier, I decided it was important that we substantially increased the area of the ground floor.

“My wife and I spend quite a lot of time in California and she lived over for about 15 years. We used to go to a lot of Pacific coast hotels and motels. We have taken a lot of the style influence from that and put it into The Gallivant.”

The Gallivant closed for 2 months at the beginning of 2018 while the major structural works were carried out. This was followed by a 4 month period where the venue successfully juggled service with builders on site.

The design of the new spaces has been overseen by award-winning Red Deer Architects. Founder and Director Lucas Che Tizard commented:

“Situated opposite the fabled Camber Sands the refurbishment took cues from locally found elements which included exposed timber frameworks echoing the architecture found in the local 14th-century town of Rye. Washed-out plasters and woods akin to the rugged coastal finishes and deep heavy cottons were used throughout the interior to create a similar feel to those found in local industry.

“The refurbishment by Red Deer included a newly formed bar at the heart of the design and a large deep and cosy snug offering perfect area for retreat. The dining area was completely remodelled with a new private dining area. A new half-moon banquette around an open fire is also a new addition to create a warm and welcoming abode for locals and visitors alike.”

Externally, new planting has been incorporated to the front of the building to soften the facade and help the building blend with its surrounds.

Food at The Gallivant makes the most of the immediate surroundings. Local ingredients and suppliers ensure high quality dishes are served throughout the day. The restaurant is complemented by 20 coastal inspired bedrooms.

In the short time since the refurbishment took place, The Gallivant has been busier than ever before and 2019 promises to be a hugely exciting year. Harry concluded:

“The feedback so far has been incredible. We’ve had pretty much universal acclaim from all our regular customers, both locals and guests. It was really pleasing this year to be nominated by The Telegraph as one of its 30 greatest boutique hotels in Britain. It’s had a pretty dramatic effect on how we’re perceived by both the public and critics.

“We have a very simple mission at the hotel – to put smiles on guest faces. We are much more able to do that because it’s a lovelier place to come and stay. It also means that The Gallivant is a nicer place to work. There’s more space and a lot more organisation. We can attract and retain high quality staff.”

To find out more about the entire offering at The Gallivant, please visit www.thegallivant.co.uk. 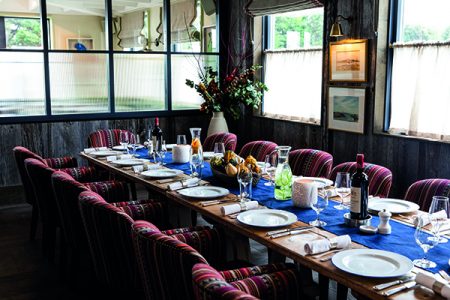 Over the years, Johnson Bespoke has designed and built an ever-expanding collection of projects, from a retail store for Rivet and Hide in London’s Fitzrovia to 44 Poets in Hove and the Grade 2 Listed ‘The Colonnade’ in Bexhill-on-Sea, with Strickland Wright architects. More recently, the company has been involved with The Gallivant, undertaking work on the bar, restaurant and guest rooms.

“We worked with The Gallivant’s Harry Cragoe, as well as Lucas from red deer to create the bar and restaurant fit-out, fabricating everything in our workshop and installing on-site once ready. We also refurbished three of the Hotel’s rooms at the same time.”

“At Johnson Bespoke we pride ourselves on the quality of our work, and the service we provide. We believe that we offer a unique service in that we do everything in-house, to ensure that we can personally guarantee the quality of the work, and meet or beat deadlines.

“We are a team of highly skilled craftsmen and designers from a range of different backgrounds, enabling us to create furniture, fixtures and fittings in any material conceivable, and deliver the highest standard of fit out on site, particularly when it comes to unconventional materials or methods.

“We believe in maintaining excellent relationships with all of our customers, whether we’ve made a single shelf for their house, or completed a million pound refit.”