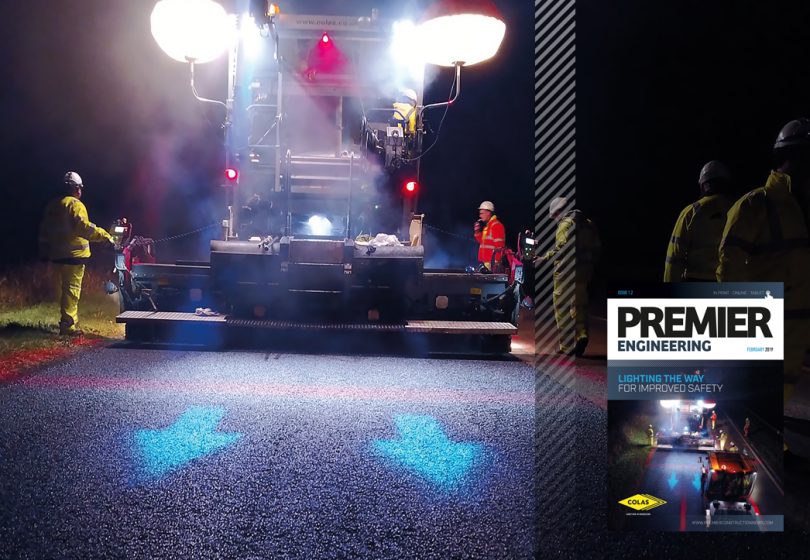 This Month in Premier Engineering 1.2

In this issue we highlight the Dover Western Docks Revival; we take a look at Plant Theft; and we cast an eye over the A14 – Cambridge and Huntingdon Scheme.

One of the largest port development projects to be constructed in the UK is the flagship Dover Western Docks Revival (DWDR) project for Port of Dover, providing world-class facilities. The scheme will provide a transformed waterfront with a new marina pier and curve to attract a host of shops, bars cafes and restaurants with Dover’s unique backdrop of the harbour, cliffs and castle.

The project involves the relocation and further development of Dover’s cargo business with a new cargo terminal and distribution centre, creating greater space within the Eastern Docks for ferry traffic and much needed high quality employment opportunities for local people.

UK construction sites are increasingly being targeted by thieves and fraudsters who recognise the financial value of plant and machinery. The number of plant theft claims has risen steadily over the last five years according to research from Allianz Insurance plc. Whereas there were a recorded 428 claims of this nature in 2013, this had increased to 665 in 2017, with a further rise by the end of 2018.

The 21 miles of road being upgraded between Cambridge and Huntingdon is the biggest road upgrade happening in the country at the moment. The Highways England project started late November of 2016 and is on target to be finished by December 2020, and it recently reached the halfway point.

The £1.5 billion upgrade will mean that this particular stretch of A14 will have three lanes in each direction, and a new 17 mile bypass south of Huntingdon, with four lanes in each direction between Bar Hill and Girton. It will also include 34 main bridges and structures and overall will add road capacity, boost local and national economy and cut off 20 minutes of driver’s journeys.