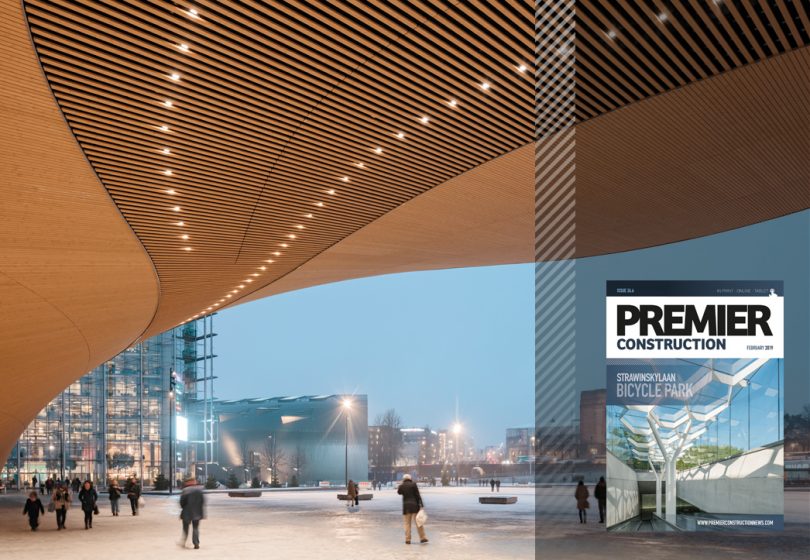 This Month in Premier Construction 26.6

In this month’s issue we take a look at the major redevelopment of St Fagans National History Museum; we check out the regeneration of Spanish City; and we explore the Strawinskylaan Bicycle Park.

The National History Museum at St Fagans was established in 1946 as an early example of an open air museum. The Grade II listed main visitor building complex, providing galleries and visitor facilities was completed in 1975 and is a prominent example of Welsh modernist architecture by the Percy Thomas Partnership. Architects Purcell were recently commissioned to improve its existing functional layout, as well as provide new orientation and learning spaces as part of the ‘Making History at St Fagans’ redevelopment.

The sites original layout allowed little visitor digression, as it was designed as a strict progression through a series of display spaces and the route included numerous small level changes and other barriers to access.

Built in 1910, Spanish City attracted tens of thousands of people in its heyday, who came to enjoy the ballroom, concert hall and funfair. It helped to make Whitley Bay a bustling quintessential seaside resort.

However, after a period of serious decline in the 1980s and 1990s, Spanish City closed its doors completely in 2000 and for nearly two decades it served as a reminder of a bygone era – still loved and beautiful but unused and in danger of being lost.

Opposite Amsterdam Zuid railway station, the Strawinskylaan Bicycle Park, designed by wUrck Architects opened in May 2018. Thoughtfully designed and offering a high level of comfort, the park is seen as setting a new standard for this kind of facility. With a capacity of 3,750 spaces it has become the largest underground bike parking in the Dutch capital.

With all this and more, join us as we explore the impressive construction projects that continue to shape our landscape. Go well!