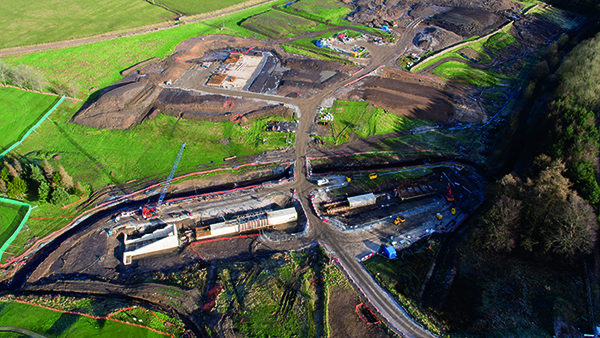 A multi-million pound flood defence scheme to reduce the risk of flooding to homes and businesses in Skipton has opened.

The £17.8 million project, led by the Environment Agency, helps protect 378 homes and 165 businesses in the town centre from flooding from Eller Beck and Waller Hill Beck, which rise very quickly after heavy rain. The project is designed to provide the town with a new level of protection over the course of the next 100 years.

Construction of the scheme started in March 2015, where two flood storage areas have been created upstream of Skipton at Eller Beck near Skipton Golf Club, and Waller Hill Beck to slow the flow of water from surrounding hills, reducing the risk of the becks causing floods in the town centre.

The new flood storage areas can hold a combined total of 111 million gallons of water equivalent to 168 swimming pools or 5.2 million bathtubs.

Eller Beck near Skipton Golf Course is the larger of the two storage areas. A 13 metre high 610 metre wide earthworks dam has been built which can hold 433,000 cubic metres of water or 95 million gallons. Normal flows pass unrestricted through a pipe known as a culvert within the dam, but during a flood, a barrier called a penstock will be lowered to block off the culvert inside so that water can be held back to form a reservoir.

The dam at Waller Hill is 9 metres high, 105 metres wide and has the capacity to hold 72,000 cubic metres of water or nearly 16 million gallons. A concrete culvert with an inlet and outlet has been constructed to allow the beck to flow during normal conditions, which allows High River flows to be held back.

The scheme also includes 300 metres of new flood defence walls including new raised walls that have been constructed in the town centre at Morrison’s Car park and near private gardens and children’s play area further upstream in the town. Some of the defences have been clad in matching stone to blend in with other buildings on the conservation area.

Working closely the Environment Agency and Galiford Try, Soil Hill Quarries supplied up to 300,000 tons of puddling and engineering clays for the project. The company had to compete with the elements throughout the project, both at the quarry and on site in Skipton. Despite this, everything was delivered on time.

Environmental considerations included an otter ledge running through the culvert as well as an otter hedge running around the outside of Eller Beck Dam. These new wildlife-friendly additions will help to open up access for any local otter populations. A significant number of trees have also been planted around the two sites as well as further up the catchment, including, alder, oak and white willow, as well as holly, hazel and blackthorn hedgerows.

Sir James Bevan, Chief Executive of the Environment Agency said: “Skipton is a town which knows the devastating impacts of flooding. We can never prevent all flooding, but we can reduce the risk of it happening and the damage it does. I am delighted that this scheme will see hundreds of homes and businesses better protected for years to come.

“This scheme forms part of more than half a billion pounds worth of government funding which we are investing across the whole of Yorkshire between 2015 and 2021 to reduce flood risk to nearly 60,000 properties.” 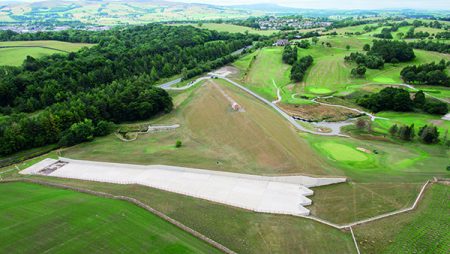