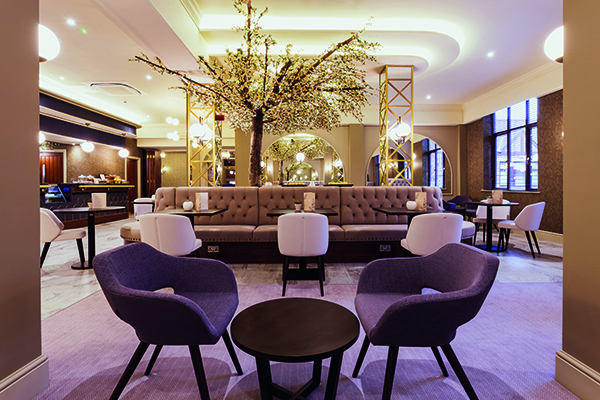 Following a £2 million investment, the Newcastle based Cairn Hotel Group unveiled the new Retreat Leisure club and spa at Redworth Hall Hotel, which marks the completion of the first phase of a major refurbishment and development programme for the hotel.

The leisure and spa facilities have been completely transformed to create a dedicated spa with six luxurious treatment rooms (including two interconnecting rooms), a tranquillity room and spa reception with a unique foliage backdrop, as well as a new L’Oreal hair & nail salon. All treatment rooms are climate controlled and some have luxury have showers.

The Retreat’s collection of treatment rooms are bathed in warm and soft light, suggesting peaceful ambience whilst guests indulge themselves in subdued lighting and peaceful music choices. Guests can choose from the huge array of individual head to toe treatments and therapies, as well as an indulgent selection of spa packages and residential breaks. Complementing these new treatment rooms is the new tranquillity room. Subtly lit and decorated in soft tones, it includes luxurious Gharienni thermal loungers and guests can help themselves to refreshments and a range of lifestyle magazines whilst in use.  The new L’Oréal hair salon offers a full range of services and feature two specialist ‘pedi-chairs’ where guests can enjoy a luxurious Jessica manicure or pedicure.

To facilitate the creation of the new spa, the existing gym was relocated to the first floor and is now an expansive, fully air-conditioned space featuring an array of Technogym equipment and an Omnium multi exercise rig. There is also a new purpose-built exercise studio featuring a state-of-the-art ‘Fitness on Demand’ virtual class system, offering over 2500 class options, alongside instructor-led classes. The Retreat facilities also include a 14-metre indoor swimming pool, sauna, Jacuzzi and a steam room.

Mike Simmons of space ID, who worked on the project explained:

“The original leisure facilities were built in 1989, but until now it’s not had any substantial upgrade apart from general maintenance.  There are over 1000 members of the spa, so to go alongside the new treatment rooms we wanted to increase and improve the offering of the Lifestyle Lounge, and area for relaxation between treatments and we did that by taking out the children’s soft play area so we essentially increased the size of the lounge by about 70%. We put in a new horseshoe sized bar for the lounge which serves; soft drinks, beers coffees, snacks. But we also added a prep kitchen so if members or guests want lunch, they can have it without having to come from the main kitchen of the hotel. So the Spa is connected but also its own separate space. Because the spa and facilities had a separate entrance, we created a grand entrance for it. There are new marble and carpeted floors, plush furniture items, and also a sliding, moving wall so the area can be closed off when private events are being held. The changing rooms all have new cubicles and walnut lockers- there’s plenty of vanity table space in the women’s changing rooms, and they include integrated hairdryers and straighteners.”

The Lifestyle Lounge is now a light and airy open space. With sleek contours and designer touches with marble floors, a bar counter and an indoor cherry tree lit by twinkling lights.

“The challenges of this project were to get the flow of customers right during the planning stages. In order to get to the changing rooms, you’ve got to pass through a corridor which has to be monitored by staff to make sure only members or paying customers can use the spa facilities, so we had to essentially create a reception area in the corridor but it works well because that area controls everyone coming and going from the gym and pool and customers can be directed to ‘The Retreat’ which has its own reception area as well. Because Redworth Hall has so many dedicated spa members this refurbishment is giving so much more added value back to them.” 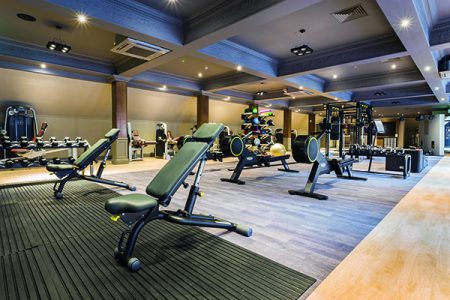 The Newcastle based, Cairn Hotel Group, owns and operates over 33 hotels & 28 bars across the UK. The Cairn Hotel Group’s portfolio stretches from Aberdeen to as far south as Brighton and offers a broad range of hotels for a wide spectrum of customers, from the high end to travellers on a budget. However, some of its properties are better suited to a mainstream hotel brand as consumers are typically attracted to larger brands that they recognise and trust.