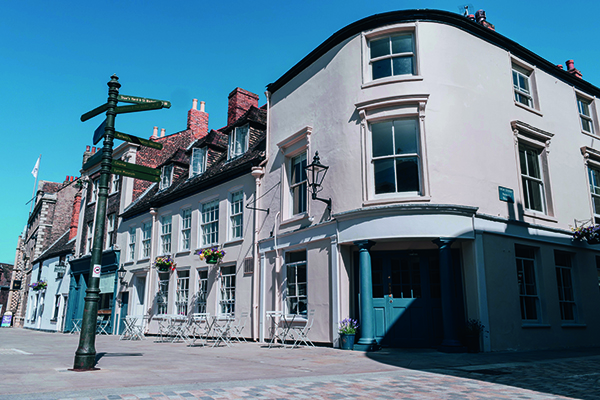 The Goldings Pub and Rooms is a pub, deli and six rooms available to hire on the top floor. Opened in November 2018, the building is owned by the Goldings, who renovated and designed the new look.

Lucy Golding, co-owner of the pub told us how it came to be in their hands:

“My husband and I have had a restaurant next door to the pub for 10 years. It was previously owned and then closed for two years because it was in a state of huge disrepair. The developers who had bought the property came to me and my husband and asked us if we wanted to rent it as their original plan was to turn it into a shop. We said yes and changed the plans and turned it back into a pub with a deli on the side and 6 rooms above.”

The pub itself is was part of the Goldings’ dream to bring some much needed love to the building, with parts of it dating back to the 18th century. Lucy continued:

“When we came to the property, everything had to be stripped back; floors, windows, walls. Over the years it had been three buildings that have been cobbled together without proper care. For instance, when we took one of the walls out to fix the roof, it wasn’t even attached to the building – it was about 6 months away from falling down; and that was quite challenging and unexpected.”

Focusing on the finer details of the design of the pub space, Lucy said:

“Essentially we took little bits and pieces of ideas from all the different places we’ve visited and put them together in a spontaneous flair of inspiration. We’ve put vintage brass lights above the bar and there are old school chairs and tables. We had a big struggle over what to call the property. Our own restaurant is called the Market Bistro, and before it came to us, the pub was last called Wenn’s after the surname of the last landlady, so we used our own surnames, carrying on a tradition.”

Offering a Breakfast, Dinner, Kids and drinks menu, the menus at Golding’s pub includes a wide selection of dishes ranging from traditional to new flavours and tastes.

The Deli on the side of the pub is a hub of local and handmade foods – perfect for a takeaway lunch, or bites for a picnic and supper snacks. It even sells Norfolk gin and wine. There’s a breakfast bar, deli sandwiches and bagel platter, and there’s plenty of seating to enjoy locally roasted coffee and cake. The Goldings’ make as much of the food as they can in the Deli’s kitchen, but if there are certain items that aren’t from the kitchen itself – it is definitely from the county surrounding it. With its food market feel nodding back to the bustling days of the Saturday market in King’s Lynn, the Goldings Deli is a much needed local deli.

The 6 rooms are both contemporary and luxury. 2 of them are dog friendly, and there are four self-catering apartments and two studios. They present an informal base to explore King’s Lynn and then, further afield in Norfolk. With the deli, pub and restaurant next door on the door step- eating in the town won’t be a worry for guests.

The rooms are styled with comfort and relaxation in mind, whilst making the most of the building’s original features. Characterful and stylish, each bedroom is based around a unique statement headboard by our local upholsterer. Lucy adds:

“We’ve got 1940s and ‘50s furniture and that was a nice concept to play around with. My overall theme was to be a little bit quirky with the furniture. We have items that you may not have in your own home; but for a couple of days it’s really nice to have in a room.”

Lucy ends on a high note:

“It’s been a great start to the year, and we’ve had a fantastically busy January. The public are saying that this is exactly what King’s Lynn needed.” 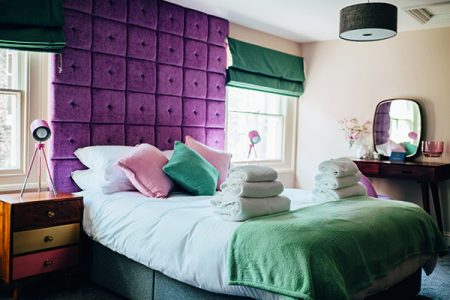