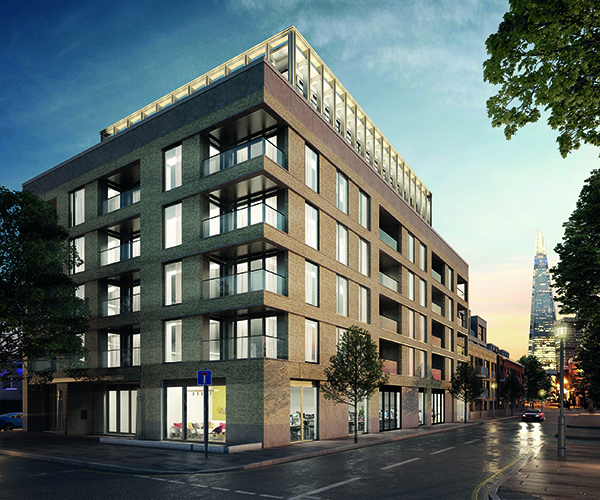 Located within the vibrant South Bank and a short stroll from the Thames, Trilogy nonetheless offers an oasis of calm, the perfect base from which to enjoy what London life has to offer.

The collection of studios, 1, 2, and 3-bedroom apartments is due for completion in spring 2019 and is a joint venture between Acorn Property Group, Galliard Homes and one of Britain’s oldest charities, Trinity House.

Formerly a warehouse, depot building and County Court, the development has been designed by Stirling Prize-winning architects Haworth Tompkins, with the aim of creating sensational living spaces worthy of this prized and historic Borough location.

Julian Hampson, Group Design Director at Acorn Property Group said: “We used Haworth Tompkins because of their thoughtful approach to housing design which is clearly contemporary in how they embrace light and space but also draws on traditional forms, layout and materials.

“Both Trinity House and Acorn Property Group wanted a design that was classic and timeless, which would settle comfortably into the surrounding Trinity Estate.”

Three distinct brick buildings have been designed to reflect the areas historic street pattern and the evolution of the streetscape over time.

Julian added: “The corner block to Harper Road has the most civic presence as it can be viewed from Borough High Street and this has the most formal architecture, crowned with a gold coloured aluminium frame which clads the four duplex penthouses and acts as a distinctive beacon in the area.”

All properties at Trilogy will enjoy access to private exterior space in the form or either a balcony or terrace, whilst a communal, landscaped rooftop garden will provide the perfect space to soak up the sensational views of the City of London and The Shard.

Trinity Village was originally known as The Newington Estate and was given to the Corporation of Trinity House in 1660 by the merchant Christopher Merrick, with the aim of supporting aged and injured mariners and their families. Almost unchanged since the 1800s, it is a prime example of the old heart of London and truly a remarkable place to call home.

Just how much the site is steeped in history became evident during construction. Julian explained: “Before we commenced piling, we discovered a late Roman sarcophagus alongside a significant ancient road which the archaeologists believe could have been the alignment of Stane Street, a Roman Road leading from London to Chichester.”

Dated to the 3rd or 4th century, the 2.5-ton artefact was carefully removed by the Museum of London over a period of several weeks using cranes and trucks.

Trilogy’s new residents will be able to enjoy the host of famous attractions the area has to offer, galleries such as White Cube and the Tate Modern and theatres such as The Globe and Bridge Theatre.

As well as culture, the area is a magnet for foodies from the fresh produce of Borough Market and artisan food of Maltby Street Market to fine dining with a view at The Shard, there is something to tantalise all taste buds.

And for those quieter moments, there are plenty of green spaces to enjoy including Trinity Church Square, Newington Gardens and Dickens Fields.

Julian concluded: “We enjoy projects that have benefits all round, for residents, for partners and where we can make a positive contribution to the area.” 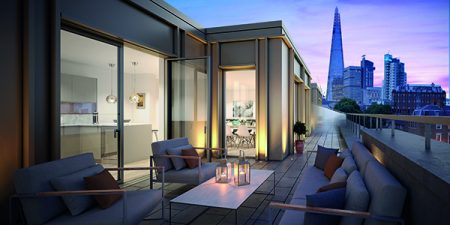