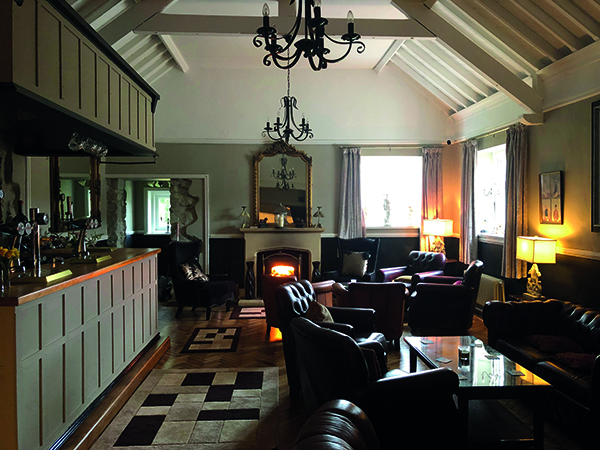 A massive makeover, including public areas, bedrooms and structural elements, has transformed Plas Maenan Country House hotel in the Conwy Valley. The Plas Maenan is steeped in history with records going back as far as the end of the First World War, albeit the property is said to have been built in the late 1800’s.

The Plas Maenan was known to hide national treasures during World War II, because of the secrecy surrounding the treasures it is thought to be that of the Royal Crown Jewels due to the level of security that was prevalent at that time. The hotel has a blast proof strong room in the cellar/basement with a door that has the dimensions you would expect to find in a walk-in vault, providing protection for the contents even in an attack which included explosives.

The tunnels and cellar were patrolled 24 hours a day; 7 days a week by soldiers who were told under no circumstances were they to be seen by anyone during this time. When questioned, the soldier replied “in those days you didn’t ask” as told by John Lawson-Reay, a local historian and author from Llanrwst, who wrote the book ‘The Men Who Drowned Dolgarrrog’. The book features Plas Maenan in a whole chapter.

Jane Harris, a retired business owner from Derbyshire, bought the hotel at the very end of December 2018 and has invested heavily in its refurbishment to bring the property up to date and back to the high standards. A five year improvement plan, which includes a brand new roof, welsh slate drive and grounds, will complement the vast landscaping project adorning the property in vibrant colours and bloom.

The improvement plan over the next few years is specifically aimed to build Plas Maenan back to its former glory and to contribute to job creation and wealth generation in the area by using only local suppliers for produce and local tradesmen for on-going repairs and renovation.

The main contractor for the refurbishment project up to now has been MFS North Wales. The company has been responsible for much of the work so far, including the restoration of the parquet flooring covering the majority of the ground floor. The floor was previously covered completely in black bitumen tar paint. It is thought this may have been to conceal the ripping up of the flooring to build the strong room for the national treasures at the start of the Second World War.

The bar has also been stripped back to reveal a beautiful red cedar wood design. The hotel’s original tiny reception room, which looked very unwelcoming and dated, was completely stripped out and re-wired and new walls, flooring and elegant downlighters were installed transforming the space.

The entire property including bedrooms, landings, stairways, lounge and dining room was re-carpeted, and two storage rooms which were in a dilapidated state were stripped out and completely refurbished, re-plastered and re-floored.

Two large stone lions, which were in the hotel’s Garden Room, were relocated to the front of the hotel, and the building’s front veranda has been completely overhauled, re-structured and plans are underway for a re-design to create a Gin and Fizz Bar.

Two bedrooms, which had been unused and were in a dilapidated state, have also been completely refurbished, including re-decoration, re-furnishing and re-carpeting, increasing the hotel’s number of rooms from seven to nine. Two further rooms to the rear of the property are being refurbished this year and are being designed to provide disabled access bedrooms, whilst a further bedroom is also being added later, making a total of 12 guest rooms.

Jane Harris commented: “Much of the work has been concentrated on refurbishing and improving existing features – for example a wood burning fire in the bar has been replaced and the kitchen has been re-roofed in phase one with the remainder of the roof to be fully repaired imminently.

“Apart from the stripping of the parquet floor, the installation of the new compliant multi-fuel burner, the re-carpeting throughout and the commercial clean the remainder of the project is being carried out with the hotel in full operation.

“The greatest challenges of the scheme were the unforeseen elements – such as the old kitchen roof collapsing, the boiler breaking down and the need to remove all of the furniture from the ground floor whilst the black tar paint was being stripped.

“The project has massively upgraded the hotel and guests have commented on how much fresher and brighter everything looks. The project is still ongoing – for example we are in the process of applying for planning permission to add a spa with pool, thermal suite and beauty therapy rooms to the side of the hotel next year.” 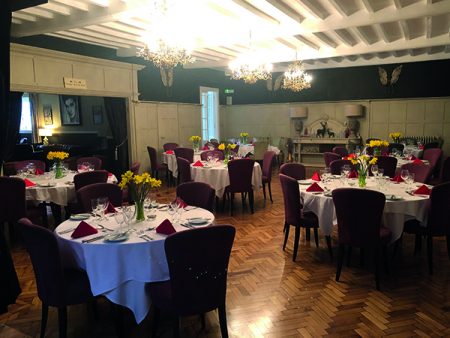 At MFS (NW) Ltd we specialise in building and restoration projects, the renovation of wood/parquet flooring, drainage works, masonry repair and reinforcement foundations along with groundworks.

In the last 10 years our portfolio has increased substantially to include extensive insurance approved works that include whole house reinstatements following Fire damage and Flood damage.

MFS began 10 years ago specialising in wood flooring and the restoration of wood floors. Our Trades team have over 20 years’ experience in the building and flooring industries.

MFS (NW) Ltd, proudly holds the accreditations of Altius (both CDM Vendor & Assured Vendor certification), Safe Contractor, CHAS, Trustmark, the Guild of Master Craftsmen and are members of the Federation of Master Builders. We pride ourselves on the quality of our workmanship and our high levels of Customer service along with our Health and safety ethos, through our dedicated teams.  We are continually developing and adapting to the changes the market and legislation brings to ensure we remain ahead of the game in terms of the quality and value we give.

The project at Plas Maenan has taken us back to our roots of wood floor restoration. We have carefully restored the original floors in the hall, dining room, new bar and dance floor back to their stunning former glory.

Being involved in this very special project has been an honour. We are delighted to have contributed in this way and to have helped facilitate the growth and improvement of another local business and of a building of such historical value.