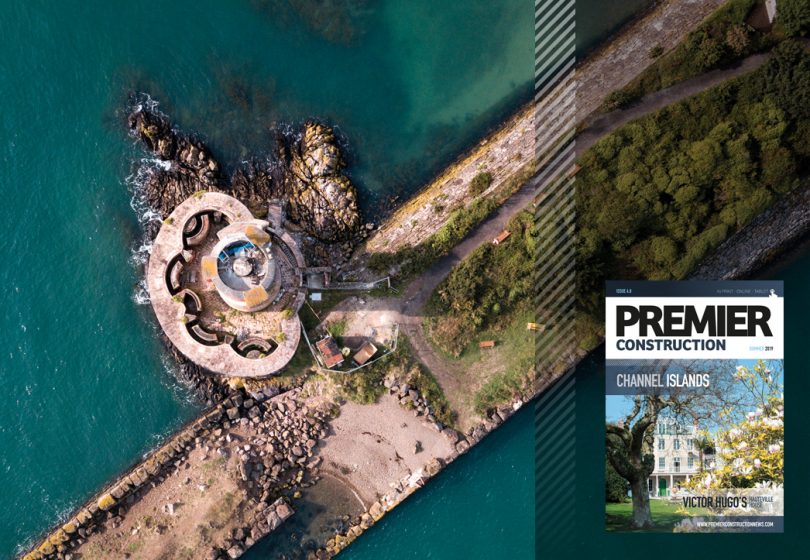 In this month’s issue we explore Victor Hugo’s Hauteville House; we take a look at the Fermain Tower; and we cast an eye over the La Barbarie Hotel.

The house of French poet, novelist and dramatist, Victor Hugo, has recently been renovated. Hauteville House, Victor Hugo’s home in exile in Guernsey, has been the subject of an extensive renovation that serves to protect the building and its exceptional décor.

François Pinault, as patron of the renovation, had committed €3.5 million to preserve the Victor Hugo House in Guernsey, which belongs to the City of Paris. The renovation had been oversighted by Paris Musées which had committed to finance the operation with a €800,000 support. On 7 April 2019, Hauteville House opened its doors once again to the public following twelve months of restoration work.

A historic and picturesque former military defence tower in Guernsey’s beautiful Fermain Bay has been innovatively transformed into a unique, contemporary holiday retreat, whilst sensitively retaining its unique character and charm.

Arranged over three floors, plus a roof terrace, Fermain Tower comprises a series of rooms and spaces connected by ladders and a feature circular staircase. Whatever the season or weather, the view over Fermain Bay is spectacular.

In the country parish of St Martins, Guernsey, sits La Barbarie hotel which has recently undergone a part refurbishment of its facilities. The hotel is close to cliff walks, Saint’s Bay, the coves of south Guernsey and Icart Point.

The hotel is a 16th century farmhouse build that was converted into a hotel in 1950. Set on an old agricultural area the hotel offers old charm that has never left. However with the new refurbishments made, it is now modernised whilst still true to the hotel atmosphere it has always had.

With all this and more, look no further than Channel Islands Construction Focus for the latest awe-inspiring developments that continue to shape the architectural landscape. Go well!