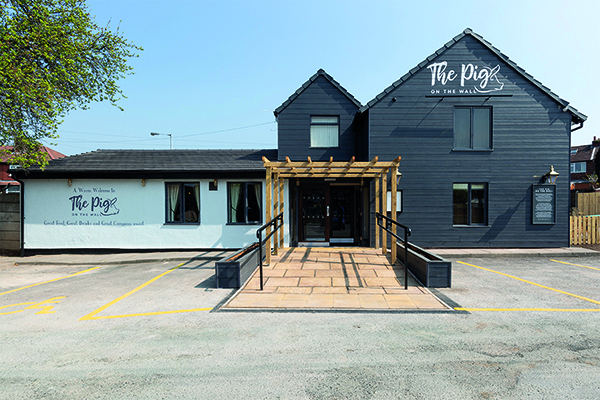 The Pig on the Wall

The Pig on the Wall is the oldest building in Droylsden. Before it was a public house, it was a farmhouse. It has recently undergone a complete refurbishment whilst also remaining sympathetic to the building’s heritage and historical significance.

Premier Hospitality spoke to Carl Priestley, an Associate at Millson Interior Design whose team designed and project managed the refurbishment, took us through though the design process:

“We initially got involved because the project was put forward as a design bid for three practices which, thankfully, we were successful with our proposal and were appointed to Star`s approved designer list.”

The initial brief was to maintain and enhance the site`s community pub status. The site had not been refurbished in a number of years and was looking very dated. The existing layout required extensive alteration as a very large imposing fireplace in the centre of the pub prevented customer flow. The decision was made to remove this fireplace to open up the site and create a better link between the bar and dining areas.

The refurbishment was undertaken on a  6 week programme with WHB construction acting as principal contractor.

“There hasn’t been a project in 15 years that I’ve held closer to my heart, because it’s on my doorstep and it’s my local. ln all my years it’s the first time this opportunity has come up where I could design my local pub. It’s also particularly important for all of us as a team as it’s the first project we have delivered to our client, Star Pubs and Bars, so we really wanted to impress and show what we can achieve.”

“We’re pleased with the pig wallpaper that we designed because it’s entirely bespoke; it’s the only wallpaper of that design in the world. I’m also very pleased with how we’ve managed to marry the new section of bar with the existing to highlight the sites evolution over the years. Overall, we’ve rejuvenated the site into a modern public house without detracting from the existing historical features. For example we maintained existing flagstones, and exposed beams as their history reaches back to when it was a farmhouse before it was a pub.”

One particular feature of the pub is the beam above the old fireplace with roman numerals carved into it. It has long been believed by the locals that this was an original feature from the farmhouse, however it was noted that the numerals do not actually correspond to when the site was built so it is believed that this was a feature introduced at a later date. Despite this, the beam was important to the locals who frequent the site so we made a conscientious effort to retain it, and relocate it onto  the dining room fireplace.

“There’s always charming little quirks in getting little pubs, especially with people who have been drinking in the site for 30 years, it’s interesting to see what they hold dear. “

“The biggest challenge was centred around the removal of the fireplace and the associated structural works, as the existing building has very low beams and ceilings. In order to get a beam that could carry the required load and yet not drop below the existing beam levels, it had to be manufactured in China and shipped over to site which took over 3 weeks from order to delivery.

“Feedback had been 99.9% positive across the board. The site has attracted a number of new customers who previously would have never gone there so it’s a good victory for us. The Pig was very much a drinkers pub prior to the refurbishment and  was not very family friendly, the introduction of a play area to the large rear beer garden combined with the internal refurbishment has lifted the pub to the heart of the community and now attracts families and young professionals whilst still retaining its loyal existing customer base. The lessees Jamie and Kelly have improved the food offer dramatically as well which is another bonus point for them. The Pig on the Wall is currently going from strength to strength and with good operators and a strong community focus the sky is the limit”

The Pig on the Wall is open seven days a week and is on Greenside Lane, Droylsden, Manchester. 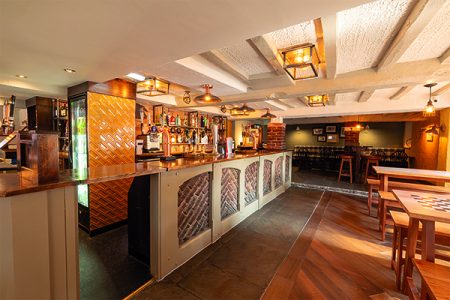