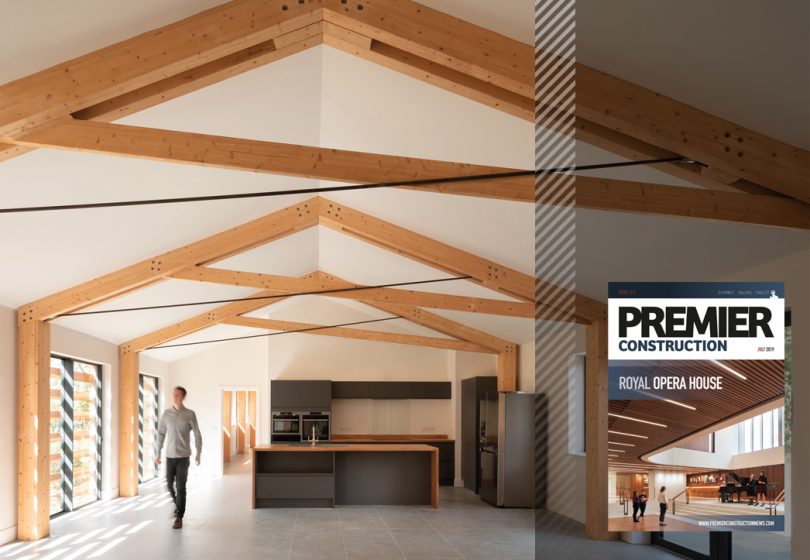 This Month in Premier Construction 27.2

In this month’s issue we take a look at the Royal Opera House; we check out the Johnstown Castle makeover and we explore Go Cycle.

Following an extensive three-year construction project, the Royal Opera House in London’s Covent Garden opened the doors to its transformed new home in 2018. With inviting new entrances, extended foyers and terraces and a new café, bar and restaurant, together with an extensive programme of ticketed and free daytime events, activities and festivals for people of all ages, the Royal Opera House is now, for the first time, open to the public every day from 10am.

Johnstown Castle in County Wexford recently underwent a €7.5 million makeover, which included conservation of the castle itself, the construction of a new visitor centre and the restoration of an 86m underground servants’ tunnel.
Johnstown Castle is a hugely significant ancient building of national importance. It is a proud and beautiful Gothic-Revival style castle, with origins dating back to the 12th Century, built by the Esmonde Family who moved to Wexford from England following the Anglo-Norman invasion in 1169. It was occupied for one night by Oliver Cromwell, and most recently lived in by the Grogan Family until 1945.

Hailed as a ‘valuable new community asset’ and opening up a new route on previously inaccessible land, a 1.2km walking and cycling path is just being completed between New Malden and Raynes Park in South West London.The project, connecting Kingston-Upon Thames with Merton, was managed by the Go Cycle programme team at the Royal Borough of Kingston Council, with Kier as main contractors. The new link opens up an entirely traffic-free path between New Malden Railway Station and Raynes Park Recreation Ground, where it will connect to new routes to Raynes Park and Wimbledon as part of Transport for London’s new Cycleways network.

The path is part of Kingston Council’s £30 million “mini-Holland” Go Cycle programme, funded by the Mayor of London.