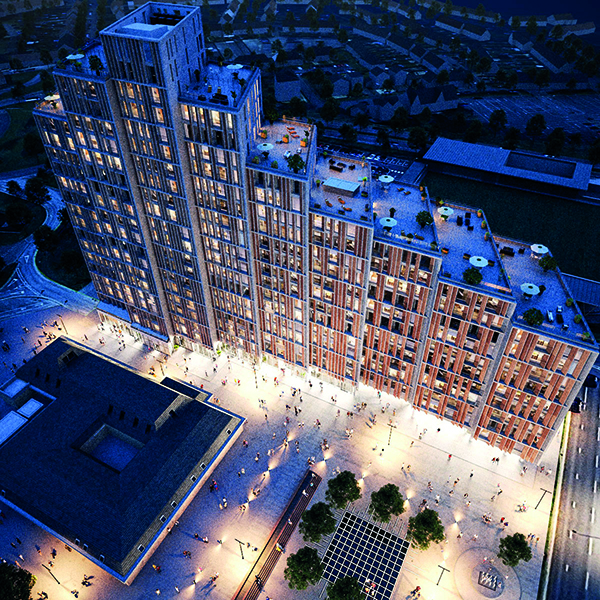 Comer Homes is renowned for the high quality of its residential and commercial developments. Many of their developments and projects take place in London, Hertfordshire, Dorset and the rest of South East England. Two of their ongoing and prestigious developments are the Royal Connaught Park and The Royal Winchester House.

Royal Connaught Park was formally known as The Royal Masonic School for Boys, and is now a  remarkable architectural and landscaping achievement with a  mix of skilfully converted and newly built apartments, set in one hundred acres of private parkland. The Royal Winchester House on the other hand is a new build and hosts a collection of one and two bedroom apartments to rent at the heart of Bracknell.

PREMIER CONSTRUCTION spoke to Jack O’ Brien, Construction Director of Comer Homes UK, about both of these projects.

No two dwellings at Royal Connaught Park are alike, from one bed to four bedroom new build apartments with terraces or balconies, two to four bedroom new build duplex apartments with terraces or balconies, three to four bedroom refurb town houses and four and five bedroom detached refurb houses all with their own private gardens. Each new home has been individually designed with attention to craftsmanship. Only premium grade materials have been selected, to complement the supreme quality of the original buildings. There are three phases on this development taking place. It was built in 1903 as the Royal Masonic School for Boys, and stayed that way until 1977, when it closed due to decline in pupil numbers and then sold. After this it became the home of The International University-Europe during the final years of the 20th century, eventually to be reborn once again in the form of the present Royal Connaught Park development.

Phase one saw the completion of the historic apartments and houses, whilst phase two and three are sensitively integrated new builds alongside the historic build.

“Two phases have been completed so far, and it’s currently going through the third phase. The conversion scheme was part new build; it’s a listed historic building so it was developed in keeping with that. The second phase that has just been completed is a new build which aesthetically fits the original construction, so it fits nicely in the historic setting. And the third phase is going to be in the same sort of style as the second.”

When asked how much work was to put in to retain what was already there and to build up on that rather than just add new elements to the build, Jack said:

“That’s a really good question; there was a lot of retention. Using the Great Hall as an example, we dug two storeys underneath it to build a leisure centre and a pool, so while we’ve retained the fabric, there’s been some modern interventions to allow that to happen. So the whole of the frontage-the clock tower, the historic elements, the glazing- all of that fabric has been retained and restored. No two dwellings are the same, it’s all individual. They’re completely unique.” 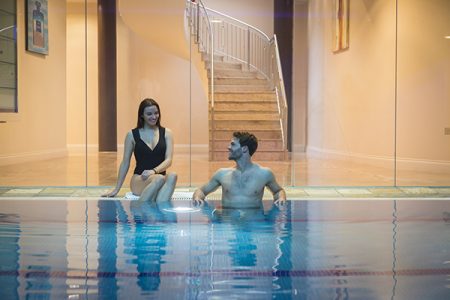 Royal Winchester House is a landmark building of high specification apartments to rent at the heart of the new town centre of Bracknell. The unique design and architecture of Royal Winchester House creates a striking and impressive presence from the ground floor retail spaces up to the luxury penthouse levels. Penthouse residents can enjoy private roof gardens and terraces with generous space for dining, relaxing whilst enjoying panoramic views across town and countryside.  Residents benefit from a range of features and amenities which include secure allocated car-parking, a hotel- style lobby, café area, private resident’ only health and  fitness centre and a twenty four hour concierge service.  Royal Winchester House sits at the centre of the £240m redevelopment of Bracknell town centre. Located adjacent to the The Lexicon the new shopping centre and Waitrose supermarket, Royal Winchester House is ideally placed for shopping, dining and socialising.

“This is really interesting. Before, Winchester House sat as a Tower Block on this same site, and it was quite an iconic building in the 80’s;  twenty two storeys high, stood in the centre of Bracknell. We purchased the site about fifteen years ago, and demolished the building. Now we’re building something that we believe will be as equally as iconic, it still fits into that hub of Bracknell when you approach it off the motorway, but now it’s got a real modern flavour. It’s got a bit of an American style to its architecture externally.  Royal Winchester House is a series of nine towers, joined together to form this layered building, and in height it’s layered to the tallest towers. Whereas Royal Connaught Park was keeping everything within its heritage, this build is very bold, and it’s making an architectural statement, right in the hub of Bracknell.

Not only do those nine interlocking towers layer with each other, but because of the way it links into the façade, it makes sure the wind coming through the towers, doesn’t whistle through the market square so it’s been cleverly thought out. So the layering isn’t just purely visual, it’s a really interesting design.

There are three hundred and thirty eight apartments in the block, with a small basement and some retail and leisure on the ground floor. We have a gym and leisure elements which are open to residents on the block. There’s also a restaurant downstairs and a large reception, so really nice modern block and provides the whole package for residents.”

After demolition and planning, the proper development started September 2017, with the first phase finishing in April 2018 and, and second phase set to finish December to January 2019/2020. 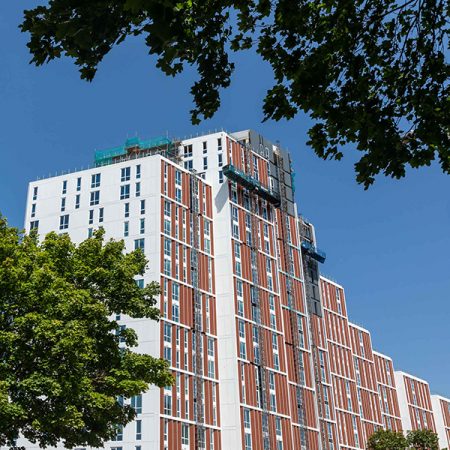 Alumet Systems is an award-winning company specialising in the design, manufacture and installation of building façades using glass, aluminium and stone or metal rainscreens.
Alumet Systems was founded in 1992 by CEO Gary Summers and offers both Unitised and Built-up systems for the complete building envelope.
During its time in operation, the company has grown to become one of the most respected specialist sub-contractors in the UK and boasts over 120 members of highly-skilled staff.
Alumet Systems has recently worked with Comer Homes as a specialist full envelope sub-contractor. Laurence McBeth, Alumet’s Sales and Commercial Director commented:
“We choose to work with a select group of key customers with whom we share a similar business ethos and with whom we can communicate openly and feel comfortable working with. We are proud to consider Comer Homes as one of those key customers.”
For the last six years Alumet Systems has worked in the high specification, high-rise residential property market in London for blue chip companies such as Berkeley Homes, installing over £100m value of quality facades in that time and doubling its annual revenues.
Alumet Systems takes pride in its ability to consistently deliver a quality service, on time.
To find out more, please visit www.alumet.co.uk.

With over 20 years of experience in the horticultural industry, Greenleaf Contract Services specialises in providing soft and hard landscaping, tree surgery, grounds maintenance, fencing and irrigation, as well as green roofs and walls.
Thanks to its comprehensive range of services, Greenleaf Contract Services is able to cater to multiple client requirements in both the UK and Ireland.
The company has a longstanding relationship with Comer Homes, designing and installing the soft landscaping on all of its new schemes, as well as carrying out grounds maintenance and tree surgery to existing sites.
Other projects and clients for Greenleaf include the Novotel Hotel Wembley Stadium and Karma House, Wembley for Donban Construction; Fairfield Park Estate Letchworth and Essendon Hall Estate, Essendon for P J Livesey Group; and Student Village, Chatham for Tide Construction.
Austin O’Neill, Greenleaf Contract Services, said:
“Many of Comers projects are on historic buildings. It’s a privilege to be able to work on such schemes whereby you are restoring the gardens back to their former glory.
“As a company we pride ourselves on providing a fully based customer focused professional service.”
To find out more, please visit www.greenleafcontractservices.com.