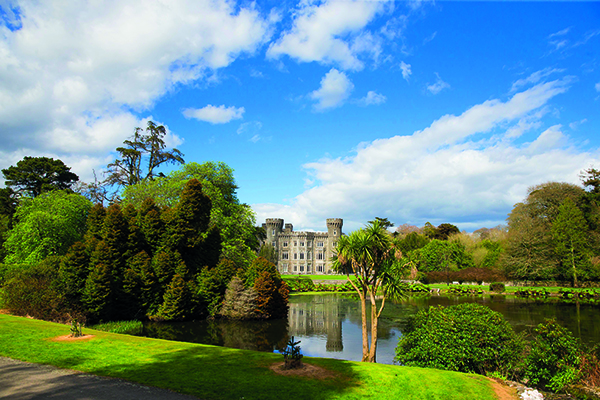 Johnstown Castle in County Wexford underwent a €7.5 million makeover, which included conservation of the castle itself, the construction of a new visitor centre and the restoration of an 86m underground servants’ tunnel.

Johnstown Castle is a hugely significant ancient building of national importance. It is a proud and beautiful Gothic-Revival style castle, with origins dating back to the 12th Century, built by the Esmonde Family who moved to Wexford from England following the Anglo-Norman invasion in 1169. It was occupied for one night by Oliver Cromwell, and most recently lived in by the Grogan Family until 1945.

The ornamental gardens at Johnstown, (and the agricultural museum in the castle’s stable yard), have been attracting a regular stream of visitors for years, but  the castle itself, although  it has been used as a backdrop for weddings, Christmas family days and other one-off events, has never been open to the public.

The past number of decades had seen the Castle fall into a state of disrepair so a partnership between the Irish Heritage Trust, an independent charity, and Teagasc tasked Tom O’Brien Construction with bringing the wonderful Castle back to life through a vast and breath taking scope of works. The works commenced in May 2018, and finished in March of this year. The conservation works for Tom O’Brien Construction involved the restoration of the three floors over basement Castle, including the restoration of an original 86 metre long underground servants’ tunnel believed to be the longest in the country.

The works also included the installation of a new lift serving all four floors and the upgrading of the Mechanical and Electrical services throughout the building, which was paramount for making the building safe for visitors. Particular attention was placed on fireproofing the structure and to that effect Tom O’Brien Construction was responsible for the oversight of the overall building’s fire integrity. They also ensured the building met all current access and egress regulations; required for the buildings imminent opening as a public museum.

The type of works were wide-ranging and included substantial re-roofing, timber floor upgrades, delicate restoration of internal and external joinery, repainting and re-plastering, reinstatement of original cornices and tracery panels, reinstatement of chandeliers and restoring of original wallpaper and decorative timber works. External works involved re-pointing a section of the original stone walls, provision of fire access roads and an intercept land drain above the property to alleviate water access. The challenges were associated with all the different aspects of the conservation works required to bring the castle up to current building regulations to allow public access and to safeguard the castle’s future.

When asked what this project meant to them, Tom O’ Brien said:
“The Castle is part of Wexford’s greatest surviving country estate. The Castle is part of the new ‘3in1’ attraction at Johnstown Castle Estate, Museum and Gardens and is set to become one of Ireland’s foremost tourist attractions and a gem for Ireland’s Ancient East. The Castle has never been open to the public for tours and is now open during the summer of 2019. The additional tourism this Castle will bring to the South east typifies its importance to us as Main Contractors based in the South East of the Country.” 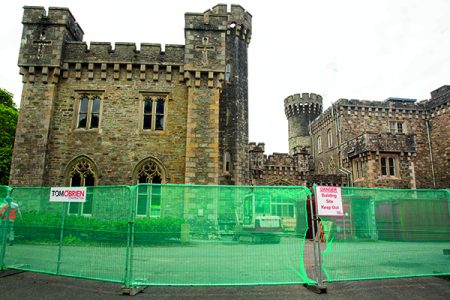