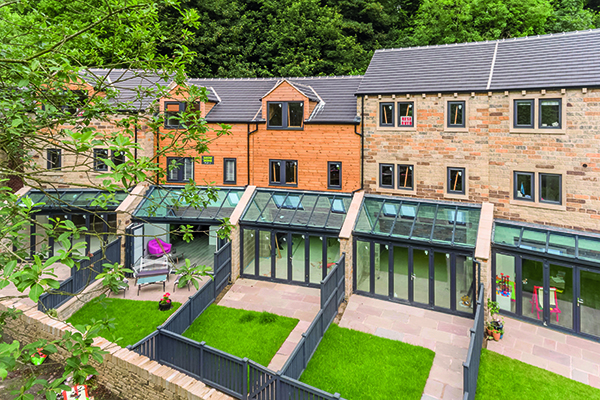 The accolade was awarded by the LABC (Local Authority Building Control), which upholds quality standards in the building sector. The industry body commended the scheme, which is located next to the Huddersfield Narrow Canal.

Some of the properties cater for older people and SB Homes partnered with CIBES Lift UK to install four platform lifts in the apartment buildings – two for each block – to ensure the flats are accessible.

“We found that many mature homeowners, who have lived in — and loved — the village for all their lives, felt trapped in a situation where they could either leave the area or stick where they were, in homes that were now too big and required far too much maintenance for them.”

Sophie Byram, director of SB Homes, said: “It was very nice to win the award – especially since we pride ourselves on all of our homes being bespoke, high quality and specially designed for each individual site, as well as addressing specific needs within the local vicinity.

“Empire Works is an example of how we accomplished this – both in terms of catering for local older people who wanted to downsize, as well as for families moving into the area.

“Empire Works is located on a quiet, peaceful site which many homeowners compare to living in the south of France – so they feel as if they are on a constant holiday.”

The scheme was built in three phases – the first being three and four bedroom houses suitable for families; with the second phase comprising one and two bedroom apartments, favoured by older people living alone.

The third phase is a combination of apartments and houses of varying sizes, with the overall aim of the scheme being to create a non-uniform development of character.

In addition, no two properties are the same. For example, some have a timber cladding finish, whilst others have elevations in dyed, rumbled stone – which, together with the dry-stone walling featured on the development perfectly complements the West Yorkshire area.

Sophie concluded: “The properties sold really well, so it looks like we hit the nail on the head in catering for local demand.

“People are constantly commenting on how the scheme – previously occupied by an old disused factory – has transformed the village.

“The project has even been praised by a local landowning Lord who got in touch with us specifically to say how much it has transformed the village.

“He added that the scheme reminds him of the type of cosmopolitan developments more commonly seen in the South of England, but very rare in this area.” 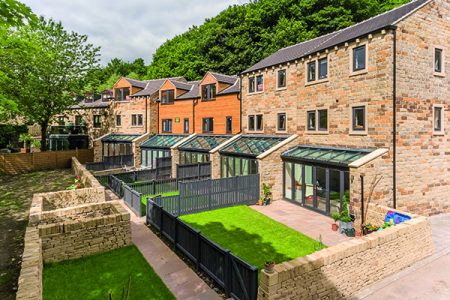