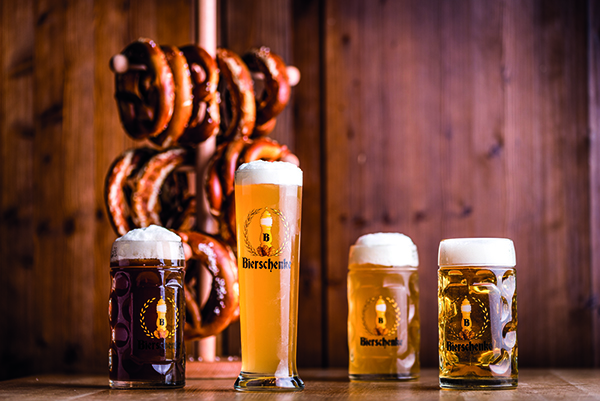 PREMIER HOSPITALITY MAGAZINE spoke to owner Gerry Hanratty all about his newest venue:

What made you expand into a second location?

“We started this project in 2010, and it was such a hit that we thought it was a project we should just expand. We’ve been trying to buy this particular site for two and a half years through a third party that also used to be a German bar, and we eventually got it after two and a half years.

Is Tower Hill similar to Liverpool Street Beer Hall in the way of design?

“We’ve made it into something completely special; it’s a very quirky unusual site. To make it as close as possible to our first site, we went to Germany and contracted a German furniture company to help us with design and we’ve got a product that looks fabulous.”

Are there standout features of the design?

“We found all this old panelling downstairs which we peeled back and found all of this original brick. We also found parts in the wall that look like hidden compartments and we turned those into features. We brought in more bricks to match the original so it’s 99% original brickwork down there instead of being plastered and panelled.

All in all, it was a very problematic site, as it had been abandoned with no investment for the past 17/18 years, but we’ve made everything original within it. It’s been a difficult site, but now everybody loves it.”

What were the challenges with it being a difficult site?

“There was a lot of damp and we also found some asbestos which we had to close to take care off. There were a few structural issues which you tend to find in buildings in railway arches. We had to dig all the floor ups and replace drains and electrics, so it’s actually like a brand new site. We didn’t spare any expense; we did everything that needed doing. We didn’t expect to do that but we did it because once you start, you can’t stop. The original site is high spec so we couldn’t lower our standards; if you’ve got to grow you’ve got to keep going.”

“We’ve had fabulous feedback. We’re in the centre of the insurance industry in London, and they love it. It wasn’t a nice site before because it had been left abandoned but we’ve got a few German companies over there who love it. It’s an asset to the area, no question, and anything is better than empty premises.”

How important has expanding to a second site been for Bierschenke?

“It was huge for us! If you open one site like we did and it works really, really well, a great challenge is to do the second one just as well. And that was our aim, to make it exactly the same. The offering is exactly the same – quality food, German craft beer, the service and the uniforms; the only difference is the shape of the building. But what matters is consistency, there’s no point rolling out a brand that’s different every time.”

Gerry added that Bierschenke are looking to expand to a third site soon.

To find out more, visit: https://www.bierschenke.co.uk/ 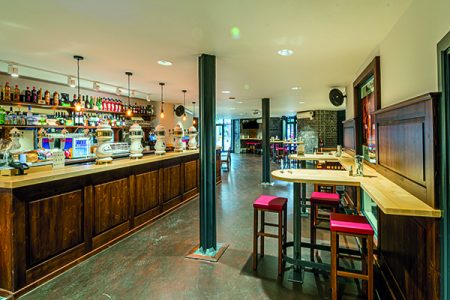 KS Design is a small architectural practice offering a broad range of architectural and design services. The company has a rich expertise in designing private residential buildings and takes particular interest in giving a new life to difficult sites and re-using urban sites in a way that maximises their potential.

In addition to residential work, the company has completed a variety of commercial projects including restaurants, hairdressers, supermarkets, offices and even a car museum.

In operation for 10 years, KS Design recently completed work on Bierschenke in London. It was tasked with the redesign of the premises to bring the German beer hall venue to life.

“It was a great opportunity and pleasure as I am originally from Bavaria and to design a Bavarian Beer Hall and restaurant in London is almost like bringing a piece of my youth to my adoptive country.

“We are passionate about design and are committed to achieving our clients’ aspirations. We are proud to say that we enjoy long standing collaborations and that the great bulk of our work comes from returning clients.”