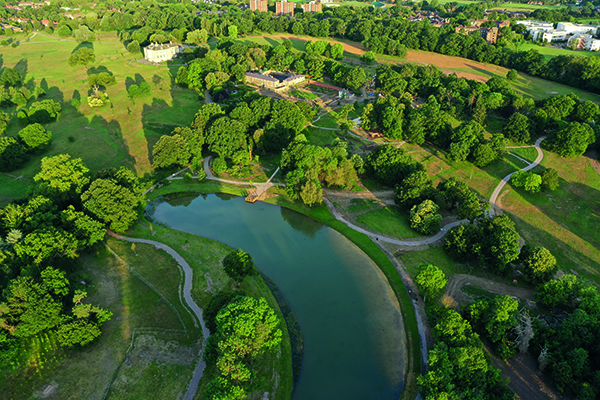 Following a massive £6.8 million redevelopment programme, Beckenham Place Park – the biggest park in Lewisham and south east London – has been relaunched with a whole host of new features for the public to enjoy.

Led by Lewisham Council and supported by a £4.9million National Lottery grant, the park’s Georgian origins have been reimagined for a new generation of visitors.

The park’s new features include a reinstated Georgian lake where park users can swim, the restored Grade II listed stable block and extensive stable yard which now features a café and education centre; a new wet woodland area and the restored Victorian cottage, now the base for volunteering activity in the park and surrounded by a community garden.

Inspired by the original 18th-century design of the park, the lake is once again a focal point. it is now open for swimming, boating and other water-based activities.

The park is also a key site for wildlife, boasting a range of diverse habitats from ancient woodland to hay meadow, natural river to pond.

The new lake provides a valuable open water habitat for bats, birds and other wildlife that call the park home. Meanwhile, once established, the new wet woodland area will provide an excellent habitat for amphibians and invertebrates. It also hosts environmental education activities in the park.

The transformation of Beckenham Place Park took three years and was possible thanks to a £4.9 million grant from The National Heritage Lottery Fund and The National Lottery Community Fund.

A £440,000 grant from the Mayor of London’s Greener City Fund supported the restoration of the swimming lake and funded the planting of 12,000 trees, which will contribute towards the Mayor of London’s commitment to making London the world’s first National Park City. Additional funding was provided by the council.

Speaking at the opening of the park, Damien Egan, Mayor of Lewisham said: ‘After three years of hard work, Beckenham Place Park has been transformed into a beautiful, peaceful location. It now offers a wider range of activities and we have already seen visitor numbers soar, particularly within the BAME community and younger residents.

“This would not have been possible without funding from Sadiq Khan’s Greener City Fund and the National Lottery’s Heritage Fund, and we are grateful for their support. I also want to thank the volunteers who have worked so hard to make this project possible.

“The park’s transformation shows how much we value our green space in Lewisham and how we are committed to protecting it for the enjoyment of residents and future generations.” 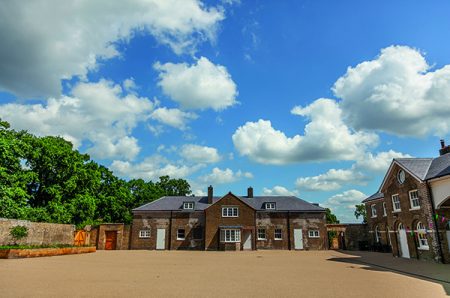