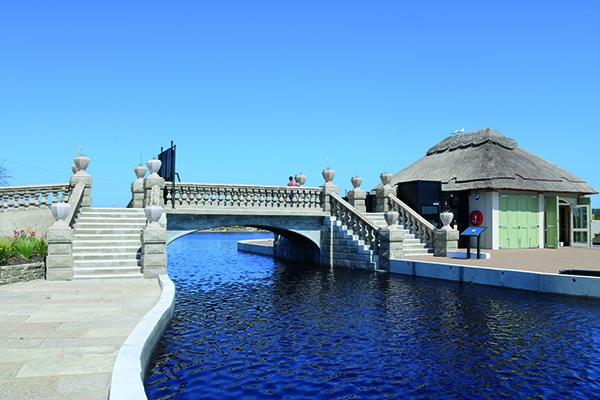 The grand reopening of Great Yarmouth’s historic Venetian Waterways took place on August 20th 2019 following a year of major restoration works. This means the Boating Lake and Island Café are back in use for the first time in a decade.

First opened in 1928 the park was commissioned by the council as an employment relief programme after the First World War. It was hugely popular with generations of holidaymakers until it declined in the latter 20th century, leading to the loss of historic features and planting in the Waterways, and the draining of the Boating Lake in 2014.

Since restoration started in June 2018, the project has seen the Boating Lake and Island Café faithfully refurbished, the Venetian bridges and thatched weather shelters restored and volunteers working alongside the new Waterways gardeners to reinstate the original beautiful and bold planting scheme, which was praised at the time by the RHS.

“The Waterways has regained its magical sparkle thanks to everyone involved and it will improve further still as the restoration continues, the plants mature and the Boating Lake and Island Café come alive again with visitors.

“At 91 years old, it remains one of our most beloved and unique community facilities, tourist attractions and heritage assets – a park that’s by the public, for the public, in its construction, usage and now restoration. It has been totally transformed, winning a Green Flag Award, and that’s credit to our fabulous funders, dedicated staff and volunteers.

“As part of our wider regeneration of the seafront, this restoration contributes to a lasting legacy for the borough and the people involved, saving our cultural heritage for future generations, supporting the local economy, boosting civic pride and providing people with opportunities to improve skills and access further training or employment.”

Major conservation works have also included the repair of seven bridges, rethatching of four historic structures, planting of 19,500 perennials, shrubs and trees and positioning more than 500 tonnes of rock and stone. In addition, the concrete-lined Boating Lake basin has been repaired and re-filled with 3,600 cubic metres of water via a dedicated borehole.

“We all benefit from spending time outside in the fresh air and the people of Great Yarmouth are very lucky to be able to enjoy that in the nationally unique landscape of the Venetian Waterways.

“National Lottery players’ money will ensure this seaside park will have a wonderful future, and it is fantastic to see the end result of all the hard work that has gone into regenerating this beautiful green space.” 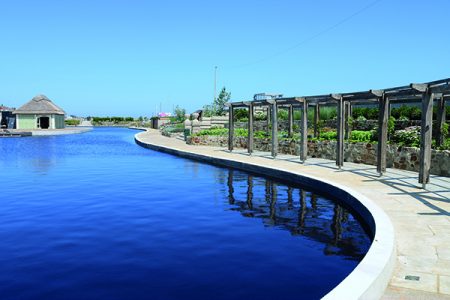 About The National Lottery Community Fund
They are the largest community funder in the UK and are proud to award money raised by National Lottery players to communities across England, Scotland, Wales and Northern Ireland. Since June 2004, they have made over 200,000 grants and awarded over £9 billion to projects that have benefited millions of people.
They are also passionate about funding great ideas that matter to communities and make a difference to people’s lives. At the heart of everything they do is the belief that when people are in the lead, communities thrive. Thanks to the support of National Lottery players, their funding is open to everyone. They’re privileged to be able to work with the smallest of local groups right up to UK-wide charities, enabling people and communities to bring their ambitions to life.