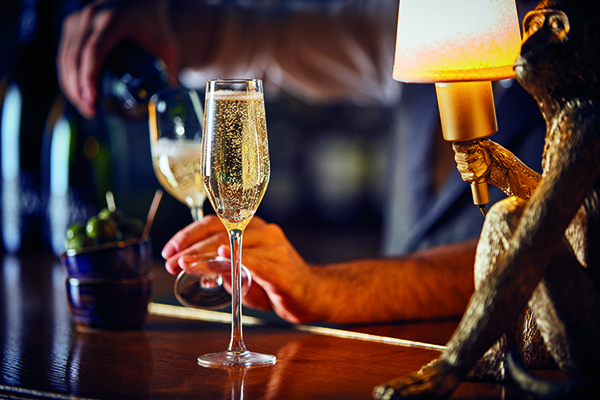 A consortium of leading hospitality entrepreneurs have acquired the 83-bedroom Green Dragon Hotel in Hereford with a view to turning the Grade II listed building into a business with global appeal.

Luke Johnson, serial hospitality entrepreneur, who lives near Malvern and owns the Penyard House Hotel in Ross-on-Wye, is among the group of investors who bought the property from Mahal hotels. Robin Sheppard, founder and chairman of Bespoke Hotels, which has invested in the hotel, has been appointed the chairman of the Green Dragon’s new board of Directors.

The project has been led by Julian Vaughan, who until recently was the commercial director of hotel technology and marketing company Journey, as well as being involved in transforming his wife’s family home, Dewsall Court, into a wedding and events venue. Vaughan has been supported by Christian Dangerfield, acting for Blue Sky Corporate Finance.

The hotel in the centre of this much-loved market town is historically a coaching inn dating back to the 16th century and still retains many of its original features. It represents nearly a quarter of Hereford’s hotel inventory and has undergone an extensive refurbishment using the design services of interiors consultancy, Harding and Read, to restore it to its former glory and status as a premier hotel for the county.

Nicola Harding of Harding and Read told PREMIER HOSPITALITY MAGAZINE: “We were given a brief but we loved that they wanted us to restore the building to its former glory rather than completely revamp it. While they did want to create something new, they also wanted the hotel to be rooted in its history.

“The client also wanted to be really sensitive from a cost and environmental point of it. It is a huge building that needed an awful lot of work so we were creative in our thinking to make sure that the budget we had was stretched as much as possible. While we wanted it to feel fresh and new, we care passionately about doing the best we can by the environment so we thought about teaming old pieces of furniture with modern colours to give things a new lease of life and new energy. We looked at what we could salvage from lighting to tiling and bedside tables and by putting those items with a light coloured carpet by a bold colour, we have radicalised how those pieces feel and have brought them back to life.”

The hotel features a 120-cover restaurant, a coffee lounge and two bars, as well as extensive banqueting facilities, including a ballroom for 200 sit-down guests. The refurbishment included the development of a new cocktail bar in conjunction with Chase Distillery, and a brasserie style restaurant with a focus on celebrating Herefordshire produce.

Nicola added: “For me, the key has been working hard to reveal and enhance what was already there rather than putting my own stamp on it. For example, we revealed a Terrazzo floor and made that good again, rather than putting something else on top of it. I also really enjoyed seeking out local suppliers and makers for the curtains and some of the upholstery.”

The refurbishment started in early 2019 and completed in the autumn.

Nicola concluded: “I love working with historic building and we do a lot of projects that are historic buildings. We are really passionate about this project and the client has thrown his heart and soul into it so to be part of his vision and see his dream come true has been a real privilege.” 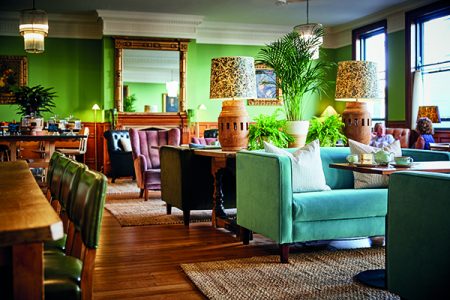 KeyTask was founded in 2002 and has delivered projects for clients all over the world. The company typically works on new-build or refurbishment projects of hotels, high-end restaurants and resorts.

KeyTask provided full project and cost management services on The Green Dragon Hotel refurbishment project, developing and coordinating the project strategy to deliver the project while keeping the hotel open throughout the refurbishment.

“The Green Dragon is one of the oldest hotels in Britain, rejuvenating such a large property that was in disrepair in such a short period, within budget, is a wonderful achievement and a great credit to the whole project team who really bought into the Clients vision from the start of the project.  It is very pleasing to see this beautiful listed building, which means so much the town of Hereford, come back to life.

“As a company we take pride in adding value and making sure our clients’ visions are delivered.” 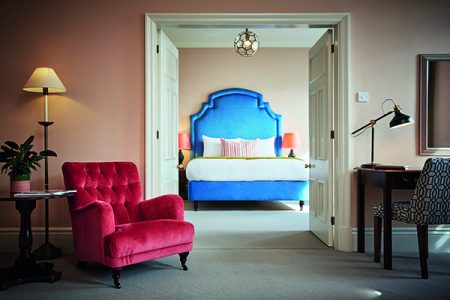