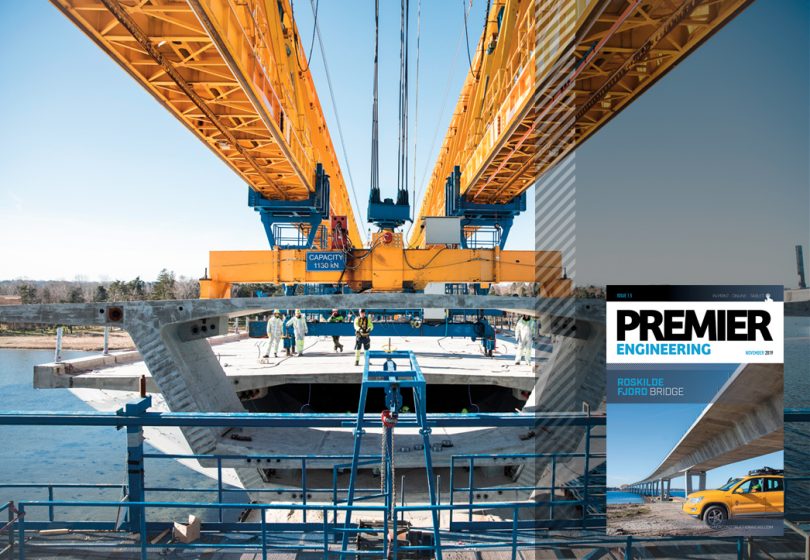 This Month in Premier Engineering 1.5

In this issue we highlight Northern Ireland’s Department for Infrastructure; we take a look at the Storstrøm Bridge; and we cast an eye over The Boston Barrier project.

The A6 Randalstown to Castledawson Dualling Scheme currently underway in Northern Ireland will see approximately 14.7 km of vital road upgraded. Delivered by the Department for Infrastructure, the project will enhance a route used by 20,000 vehicles each day and address issues such as congestion at key times.

The A6 Dungiven to Drumahoe Dualling Scheme is a 25.5 Kilometre scheme which will see the construction of a high standard dual carriageway between Drumahoe and Dungiven, including a bypass of Dungiven, with roundabout connecting the scheme to the existing road network at either end.

The third largest bridge in Denmark, the 3.84km Storstrøm Bridge is under construction in a complex $625.7million project which will connect Zealand and the island Falster via Masnedo. The bridge, which replaces an older one, has been designed by Dissing & Weitling and will carry both rail and road, as well as making provision for pedestrians and cyclists.

The Boston Barrier project is a partnership between the Environment Agency, Lincolnshire County Council, Boston Borough Council and Black Sluice Internal Drainage Board. The project is a key part of the Boston Combined Strategy which, once complete, will reduce the risk of tidal flooding greatly to over 14,000 properties in Boston, Lincolnshire.

Boston is at risk of both tidal flooding and fluvial flooding (flooding from the river), so there was a delicate balance to take into consideration when thinking about any new flood defence. When the barrier is complete, Boston will have one of the best levels of protection for tidal flooding outside London.

With all this and more it’s time to dive into Premier Engineering. Go well!