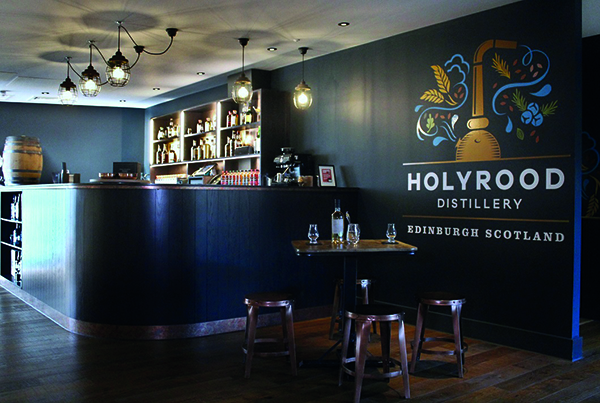 Tuesday 30th July was a historic date for Edinburgh and the Scotch whisky industry as Holyrood Distillery opened its doors to bring single malt whisky distilling back to the centre of the capital for the first time in almost 100 years. Founder Rob Carpenter and his team gathered to unveil their distillery and welcome the very first visitors for one of their daily guided tour experiences.

Holyrood Distillery, which cost £6.7m and has created around 30 jobs, is the first operational single malt distillery in central Edinburgh since 1925 when The Edinburgh Distillery (aka Glen Sciennes) closed.

The distillery, which also produces a range of gins and gin liqueurs, offers daily guided tours throughout the year and is set to become a major visitor attraction in Edinburgh for both tourists and locals. Bookings for Holyrood’s range of daily guided distillery tours, all of which focus on exploring flavour have tickets for adults starting at £14.

Located on the edge of Holyrood Park and close to popular Edinburgh Festival Fringe venues, The Pleasance and George Square, the new distillery is within easy walking distance of the city’s main attractions, including The National Museum of Scotland, Edinburgh Castle and the Palace of Holyroodhouse. It is also a short walk or bus ride from Waverley Station.

Until it opened, the nearest malt whisky distillery was Glenkinchie, which sits around 15 miles away from the city centre. Now visitors can, for the first time in 94 years, explore a working whisky distillery in the heart of the city.

Alex Reeves of 7NArchitects told PREMIER HOSPITALITY of his involvement with the distillery :

“In terms of design around the project, the brief was always to show an integration of the distillery process, so that element drove the design proposals. It needed to reflect the immersive experience that visitors would be receiving, and set the distillery aside from other distilleries.

“The history of the building is that it’s an 1860s former railway building. It brought in goods and coal so it has a relationship with industry in the city already. It was essentially a stone warehouse structure and we were working to conserve the old building.

“The biggest challenge was easily the logistics because we were working in the constraints of an old building and we had to install tanks.  We took the roof off to install the steel frame and then brought the tanks in through an existing entrance and placed them into position. That involved quite a complicated process where portions of the steel structure had to be taken out to get the tanks in.

“With this being the first single malt distillery in Edinburgh for almost 100 years, it was very significant in terms of the city and for us to be involved in that project. It was very important to the practice.”

One of the companies crucial to the project was Kraftworks, responsible for the manufacture and installation of all bespoke cabinetry in the bar, shop and gin room.

The distillery will focus on the creation of maximum flavour in all the spirits it produces. Using innovative production approaches, such as a complex combination of yeasts and a unique selection of different types and styles of malted barley, it will initially produce four core flavors of whisky – smoky; sweet; spicy; and fruity/floral.

Spirit production is handled by distillery manager Jack Mayo, previously of The Glasgow Distillery, alongside distillers Ollie Salvesen and Elizabeth Machin. The whisky is distilled using two exceptionally tall stills; at 7m, they are the tallest stills in Scotland in proportion to their volume.

Holyrood Distillery is the notion of Canadian Rob Carpenter who, in 2013, first had the idea for a distillery and visitor experience in central Edinburgh. Rob, who founded the Canadian branch of The Scotch Malt Whisky Society, together with his wife Kelly, has brought his vision to life in partnership with co-founder David Robertson, who has 25 years’ experience in the industry.

To fund the project, Carpenter and his team raised £5.8m of investment. This included a £1.5m investment from the Scottish Investment Bank, the largest single investor, and investments from about 60 private individuals from around the world.

“After all the hard work of the team, it was a really special moment to see Holyrood Distillery open, and we’re looking forward to creating a range of delicious whiskies, gins, liqueurs and other spirits.

“This distillery is open to everyone, whether you’re a local resident or you’re just visiting the city for a day. We’ve worked hard to create a series of tours that are both fun and informative so they appeal to a wide range of visitors, from connoisseurs of whisky and gin to those who are simply curious to learn more about these spirits for the first time.”

“I’m pleased that our investment has supported the development, by an outstanding team, of this new distillery and visitor experience in Scotland’s capital.

“Tourism supports more than 30,000 jobs in Edinburgh, with more than £1m per day being spent on food and drink – and Holyrood Distillery is a fantastic addition to both these sectors. We look forward to working more with the team going forward, helping them to maximise the full potential of the attraction.”
To find out more, visit: https://www.holyrooddistillery.co.uk 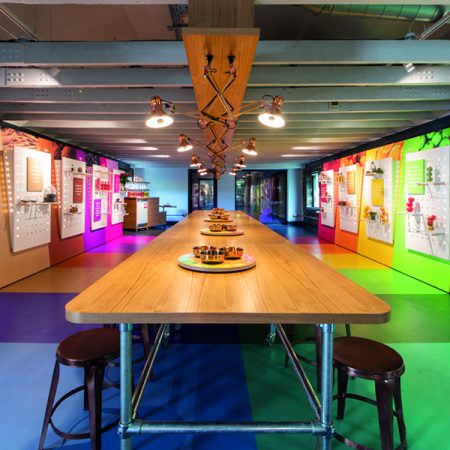