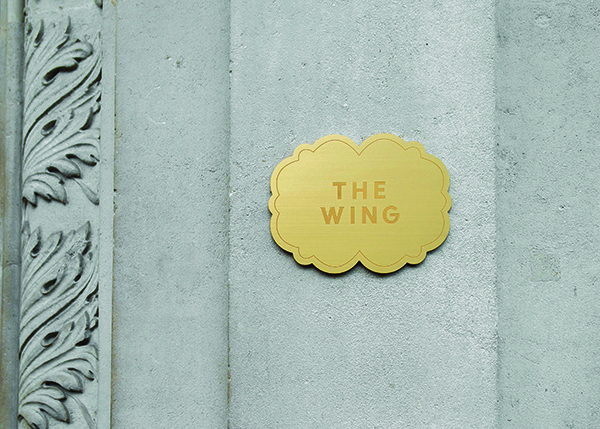 A network of work and community spaces designed for women, The Wing has opened its ninth location and first international location in the Fitzrovia neighbourhood of London at 14-16 Great Portland St.

With spaces in New York, Washington DC, San Francisco, Chicago, Los Angeles, and Boston and a growing membership of over 10,000 diverse women spanning almost every age, profession, and background, The Wing is quickly becoming one of the world’s most potent and influential women’s networks by creating spaces where members can meet, work, create, learn and join forces.

The design of each Wing location is unique and draws inspiration from the local communities and areas in which it is located.

The Wing London is roughly 12,000 square feet, occupying a five storey townhouse. Each of the five floors was created with a unique aesthetic and design inspiration drawn from a mix of both British and European influences.

For example, tiles in The Perch Cafe area were inspired by Antoni Gaudi’s Casa Batlló in Barcelona, and the beauty room is draped in custom fabric and wall coverings from Soane Britain and includes pieces by London-based creative Matilda Goad.

Sconces by Italian designer Sabrina Landini border the great room on the first floor. The bookshelves are decorated with accessories from Clignancourt in Paris, while trellises throughout the space and lining the outdoor areas are inspired by the charm of English gardens and countryside.

Designed by The Wing’s in house interior design team led by Laetitia Gorra, the space features a full-service cafe and bar with table service, a personal space area with showers and lockers, workspace with large meeting rooms, and private phone booths and quiet areas.

Members also have access to the beauty room, which is fully stocked with products from CHANEL, Pantene, Wildsmith Skin, and other Wing-approved, women-owned brands, as well as a dedicated fully-stocked mothers’ room.

The Wing has partnered with Library Essential Bookstore to curate the Library in London. The library is fully digitised and catalogued, so members can borrow as needed.

The Salon at The Wing London is a permanent exhibition with rotating artworks by London-based women and non-binary artists.

Unlike portrait galleries around the world which have historically prioritised the names and faces of powerful men, The Wing London’s Portrait Gallery space is redefining this by paying homage to iconic British women whose contributions to their community are worthy of recognition.

Featuring specials and collaborations that reference the city’s rich culinary history, the menu showcases some of the incredible women of London’s food and beverage industries.

The Wing has also opened The Dashwood Tea Room. Located on the fourth floor, Dashwood features teas curated by Henrietta Lovell of Rare Tea Company, paired with a various selection of sweet and savoury treats curated by The Wing’s cafe staff.

Each week dozens of events and workshops are hosted at Wing locations ranging from support groups to salary negotiation workshops, to panel discussions.

The company is currently celebrating its 10th anniversary and has built a strong reputation for developing artistic and elegant objects. Sabrina Landini has supplied to many projects across the globe, from London to L.A. to NYC.

“We were very proud to be involved with this project. I am pleased to have been involved in with The Wing since the beginning, especially because they are aimed at a female audience. At the moment we have installations within the décor of The Wing London and NYC. Even the boss of The Wing NYC has purchased our Tiffanies for her own apartment.

“As a company, we take a great deal of pride in every single object that we create, from the beginning with unlimited handmade working processes until it is packaged and sent to the client.”