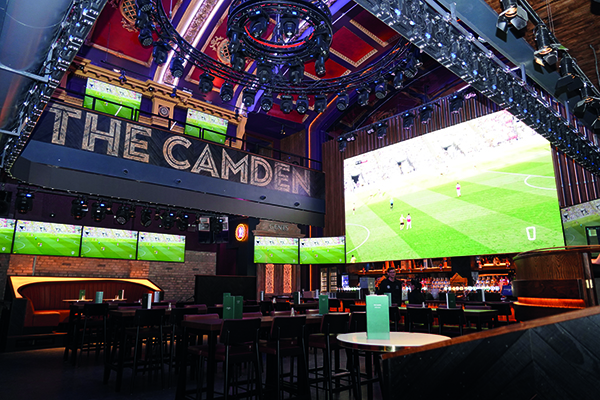 Originally opened in 1912 as a 400 seat cinema, The Camden has reopened as a new entertainment venue for Dublin.

Steeped in history, the building that houses The Camden was enlarged and rebuilt in 1930 with 1,200 seats in a Neo-Classical style and rebranded ‘The Camden De Luxe.’ In 1934 the exterior was remodelled in an Art Deco/Egyptian style and the seating capacity was increased for 1,395 patrons. It had a 30ft wide proscenium, a 32ft deep stage and there were six dressing rooms.

The cinema closed its doors on 29th June 1974 and in 1975 it reopened as Ricardo’s Amusement Hall, with the interior split over two floors to accommodate a snooker hall. The Palace nightclub opened on the site in 1998, also adding a hotel above. It hosted a legendary Wednesday Student Night and was the busiest club in the city until it closed for renovations in 2017.

Upon taking over the venue, The Murray Group had a vision to create an entertainment complex for 2019 to suit all ages, therefore creating a host of different options under one room, with a 40 bedroom hotel above.

Cocktail Bar & Restaurant
The ground floor bar located at the entrance of the building is a beautifully designed space for food and drinks. Serving breakfast, lunch and dinner, group bookings for food and drink are available throughout the day. Conveniently the bar has multiple USB charging points around the room allowing guests to partake in a working lunch or a quick charge while they drink or dine.

The Five Lamps Dublin Brewery is a personal journey of the senses. Watching the Master Brewer, visitors will be immersed in the skill, dedication and passion of the brewing process and the magical craft of capturing the defining characteristics of culture, heritage and authenticity in every drop of Five Lamps Beer. Guided by local experts and characters, over 45 minutes visitors will experience a vision of Dublin through the eyes of true ‘blue’ Dubliners; from legendary tales of the city streets where Five Lamps was born, to ‘A Love Letter to Dublin,’ a short film starring Imelda May. The Five Lamps Dublin Brewery Tour finishes with a beer tasting of the full Five Lamps Range.

A legend of his craft, Five Lamps Master Brewer, William Harvey, is based on-site brewing seasonal beers and will use the brewery as his experimental kitchen to grow, develop and perfect Five Lamps Beers. The Five Lamps Brewery also features a gift shop which sells uniquely branded Five Lamps merchandise and Dublin-themed memorabilia.

Nirvana Lighting was the primary lighting supplier for all of the zones, and most notably provided the digital LED feature across the ceiling arches and over the bar counters.

Jimmy Rabbitte’s
Jimmy Rabbitte’s is named after a character from The Commitments, a 1987 novel by Irish writer Roddy Doyle, set in Dublin’s Northside, which tells the story of a group of unemployed people who start a soul band. A lot of the film was shot in The Camden Deluxe in the early ‘90s, which is where The Camden is now situated.

Jimmy’s is a cosy little bar serving fantastic cocktails and long drinks, as well as delicious pizza and toasted sambos. Complete with intimate snug facing Camden Street, it really is the perfect place for after work drinks.

Noel & Annie’s Speakeasy
A beautiful private function room which has been designed using vintage fixings from the famous Longstone Bar on Townsend Street, the room is named after the mammy and daddy of The Murray Group, Noel & Annie Murray.

The bar was constructed by recycling all of the main parts of the bar in The Longstone giving The Speakeasy a really unique atmosphere. The room is full of character and warmth and is something a bit different from the other spaces in the venue. Located behind the big screen, it is hidden away at the back of the building and is perfect for special events like birthdays, post wedding parties, family gatherings, corporate events and everything in between.

The Private Cinema
The Camden has sourced 36 vintage cinema style seats for their beautiful private cinema room, giving it a proper cinema feel. The Cinema can cater for corporate presentations, private meetings, sporting events, film screenings or workshops. Located upstairs, this can be booked on its own or together with another space.

The Sports Arena
The main sports bar boasts the biggest indoor Samsung 4K screen in Europe, as well as a multitude of UHD Samsung displays. The Camden has the capability to show up to 40 live sporting events at one time, on over 80 screens through the venue. The venue also has AV capabilities to cater for corporate event needs. 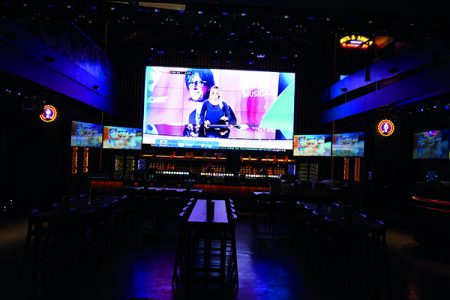 AV Control Systems specialises in the installation of the latest audio and video systems for pubs, hotels and corporate projects. The company works directly with all major manufacturers to provide state-of-the-art 4K displays matched with 4K distribution systems.

AV Control Systems has been in operation for 15 years and will manage any project from start to finish. The company was recently involved at The Camden, where it was tasked with supplying and installing the full TV system. This included the largest LED screen bar in Ireland or the UK and installing WyreStorm’s latest 4K series TV system with iPad control at each bar. In total, over 60 total TV screens were installed at the venue and the system is incredible.

“We have worked with the client for many years and we are delighted to see them grow and break boundaries with their demand for the very best. We have repaid their loyalty with our very best work to date and we are so proud of the way it turned out.

“As a company we take great pride in our innovation and the level of service that we provide.” 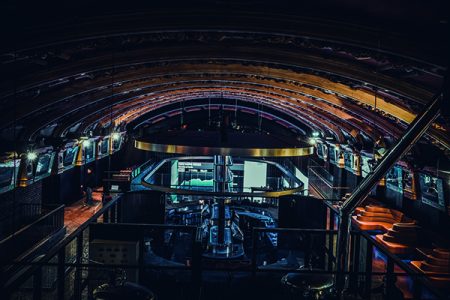