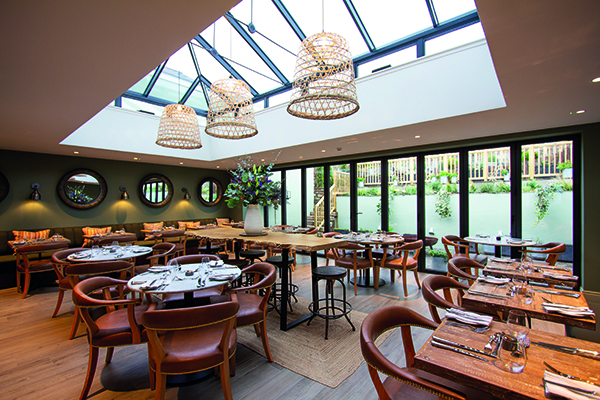 Encircled by the quiet cobblestoned streets of Saint Anne that lead to Alderney’s dramatic coastlines lies the Blonde Hedgehog, a warm and welcoming haven composed of three buildings; Clarence House, The Corner House and The Blonde Hedgehog itself. Housing two suites, seven rooms and one cottage, the property is inspired by the rustic beauty and charm of this enamouring island and is designed to be a true home away from home.

“Originally, I was introduced to Julie-Anne, the owner, to assist her in setting up a new boutique hotel on the island of Alderney.  As the brief progressed, I was asked to also project manage the build, working alongside the main contractor and interior designer.”

Tracey said she is amazed at how beautiful the hotel ended up turning out. The original design brief was for a beautiful boutique hotel that was sympathetic to its surroundings and for it to feel as if it was a home away from home. As with all projects, both the interior and exterior evolve as it goes along, and tweaks have to be made to make it functional and fit for what it has been designed for.

“Julie-Anne, the owner of The Blonde Hedgehog, came across Alderney by chance. She instantly fell in love with the small, quirky island. A few weeks later, Julie-Anne asked me to join her on a visit to Alderney to research her idea of opening a boutique hotel. From there we started to make a plan to turn the three quite different but complementary buildings into a boutique hotel.”

The hotel is filled with an eclectic mix of furniture, lighting and accessories. Highlights include the restaurant conservatory which has 10meter bifold doors, which once open you feel like the whole room is outside. There is also a glass lantern roof in the restaurant extension, helping to create a light, airy space. The snug room has a wood burning stove, with colourful fabrics and cosy armchairs.

Charlie said as with most new projects, there are usually surprises. One of these surprises was the basement cinema room which wasn’t part of the original plan. Once they discovered the beautiful stone archway and stairs leading to the basement they knew it had to become a feature of the hotel.

Tended to by their kitchen gardener, Sam Pyecroft, The Blonde Hedgehog Restaurant sources much of its produce from within the hotel grounds because when it comes to using fresh ingredients in the kitchen, it doesn’t get better than picking the produce straight from the onsite kitchen garden. Driven by seasonality, the daily-changing menu is designed to showcase the fantastic ingredients which are grown right on site.

Louis-Jean of Louis Jean & Co. talked about the challenges of introducing The Blonde Hedgehog to Alderney:

“I first heard about the project and sent my details along as I quite liked the idea of getting involved with this new business. There were many challenges but we had a great team all pulling in the same direction.”

The remoteness of the island was also a challenge. There is one boat that leaves once a week from the UK, so if that boat was missed it would be another week until items could be shipped over to the island for the project.

“This project has been very important as it’s only a small island! This was a great way to showcase our work and all that we are capable of doing, including completing a complex project on schedule.”

“We’ve had great feedback overall and the restaurant is full most evenings. There have been a lot of messages from those who have strong connections with the island, from potential customers who have spent childhood summers in Alderney to those who have relatives living there; they’re very excited to have a new place to stay when visiting the island.

“The Blonde Hedgehog has been an amazing project to be a part of. As my previous projects have been mainly residential, I’ve loved designing a space where I could push the boundaries further. It’s been rewarding overcoming limitations of working on a small island. Once you work out the logistics, anything is possible. It’s been a privilege to be part of such a great team.”

To book your stay, visit: https://www.blondehedgehog.com. 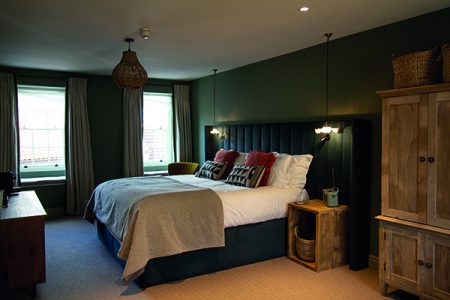