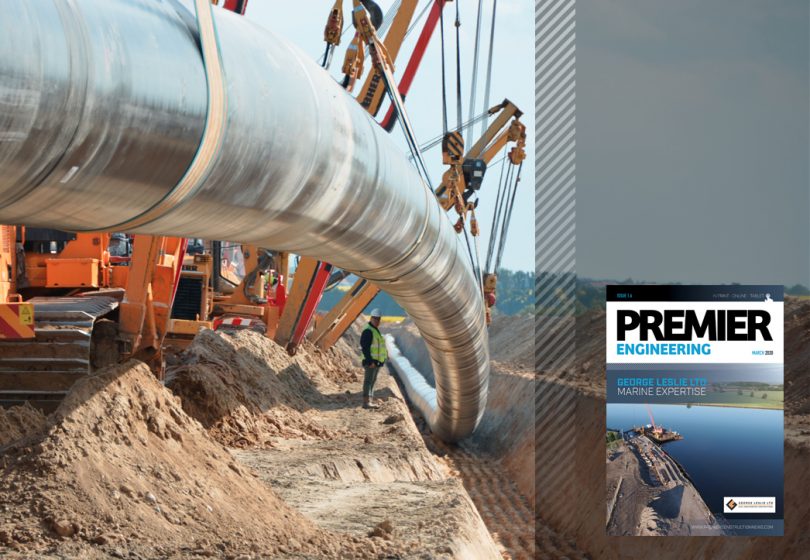 This Month in Premier Engineering 1.6

In this issue we highlight the mammoth Thames Tideway project; we take a look at recent work from George Leslie; and we cast an eye over the Queens Pier restoration on the Isle of Man.

The biggest infrastructure project ever undertaken by the UK water industry, the construction of the 25km Thames Tideway tunnel under the River Thames will deliver massive environmental benefits for London.

Starting in Acton, West London, the tunnel will travel through the heart of London at depths of between 30 and 60 metres, using gravity to transfer waste eastwards. In addition to the tunnel preventing tens of millions of tonnes of pollution previously poured into the river every year, the removal of spoil from its construction is being undertaken through an ingenious eco-friendly system known as ‘More by River’.

Rising to the challenge of a diverse range of civil engineering works including complex marine operations, and backed by over 50 years of expertise, George Leslie Ltd (GL) has established a reputation as a resourceful infrastructure contractor.

Based in Barrhead just outside Glasgow and founded in 1964, the privately-owned company, has an annual turnover of around £50m, and undertakes projects throughout Scotland -including the more remote Highland and Island locations.

The restoration of key elements of a historic island landmark is underway in a project to refurbish three bays of the Queens Pier in Ramsey, Isle of Man. The project is being carried out by the Queen’s Pier Restoration Trust, who signed a five-year lease with the government in July 2017 to refurbish bays 1 – 3 of the Victorian landmark. Measuring 2,160ft long, the pier was built for the Isle of Man Harbour Board as a low water landing stage.

The first bay is expected to be completed next March, with completion of the remaining two bays anticipated by the end of next year.

With all this and more it’s time to toss a coin to your witcher and dive into Premier Engineering.