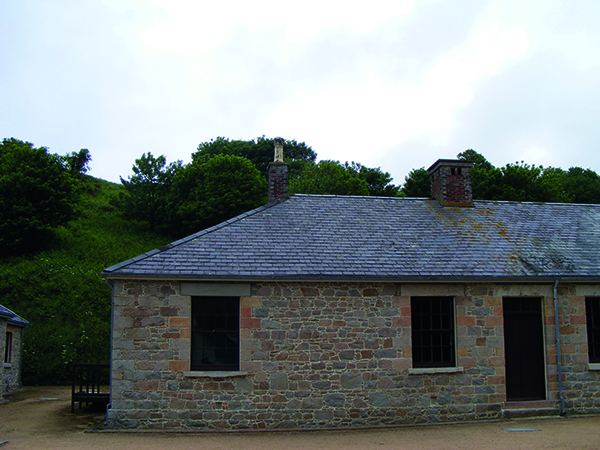 The National Trust for Jersey has completed a project with architecture Barnes Collie Fischer to conserve the barracks and to furnish two blocks as self-catering units of holiday accommodation, following the model of the officers’ quarters which has been let successfully as a vacation, or “staycation” apartment for several years.  A dormitory, where around sixty soldiers formerly slept, will now accommodate a family or group of up to six holidaymakers.

The construction of Grève de Lecq Barracks began in 1810 as part of the preparations made to repel a French invasion of the Channel Islands, a constant threat during the Napoleonic War.  Once completed the barracks could accommodate up to 250 British troops in two barrack blocks, each comprising four dormitories and two rooms for non-commissioned officers, facing onto the parade ground. After the army left in 1926, the buildings fell into disuse until they were acquired by the National Trust for Jersey in 1972. Until recently the barracks were home to interpretive display and storage of historic artefacts.

The approach taken in the re-purposing of part of the barracks followed the “fabric first” principle of adopting passive measures of insulating and sealing the envelope to reduce heat loss and air-leakage.  Once this had been achieved, the second step was to seek a renewable source of energy using low and zero carbon technology.

The building envelope was thermally upgraded to meet current standards by the addition of sheep’s wool insulation internally to the walls, in the ground floor construction and in the roof. Natural and sustainable materials were used throughout the refurbishment and new work.  No part of the historic fabric was removed and all new work is reversible.  Existing timber doors and eight-over-eight pivoting windows were restored and fitted with internal secondary glazing in painted timber frames to minimize heat loss and condensation.

The self-catering units are heated by air-to-water heat pumps, with under-floor heating pipes in the ground floor construction. The measures adopted to insulate and warm the barracks temper the interior environment to make the apartments comfortable for inhabitants all year round.  They are also good for the buildings because they help to protect the historic fabric and preserve it for the future.  New timber, used in the insulated lining, was dried to a low moisture content and the gentle warming of the under floor heating, which is always just a few degrees higher than the internal design temperature, will help to maintain the low moisture content in both new and old timber.

An interesting discovery was made during the initial stages of the current work.  The fireplaces, which are present in each barrack room, have an air chamber behind the fire-back, which warms air brought into the building under the floorboards.  The warmed air then rises naturally and enters the room through a high level grille in the face of the chimney, thus ventilating the room with pre-warmed air. 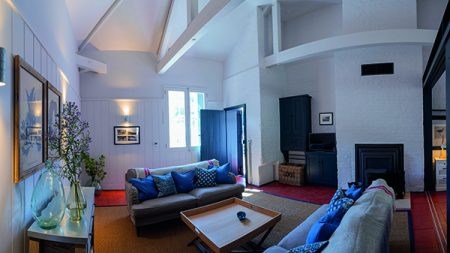