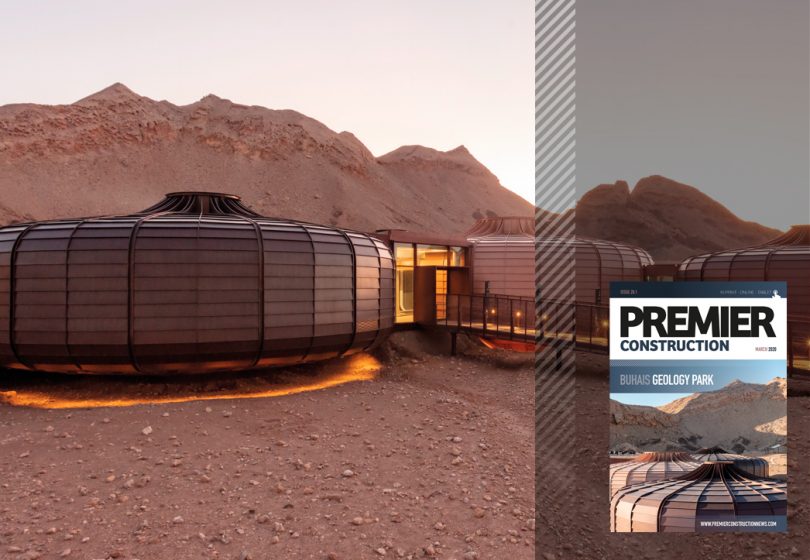 This Month in Premier Construction 28.1

In this month’s issue we take a look at Hotel Brooklyn; we check out Brighton College and we explore Buhais Geology Park.

Opened on Friday 14th February in Manchester, Hotel Brooklyn is described as an ‘Old Brooklyn Joint.’ With the stoop, the steaks, the bottles and the rooftop bar for special events, Hotel Brooklyn oozes class and craft with design, with food, with the sofas and even the cocktails.

Located on Portland Street, Hotel Brooklyn is located in a vibrant part of Manchester. Behind the hotel is the famous Gay Quarter. To the front over two sidewalks is the biggest and oldest Chinatown outside of the homeland itself that is teeming with dozens of exotic restaurants and lively bars. If you fancy good food, live jazz and late-night watering holes, the Norther Quarter or Spinningfields is not too far.

OMA has completed the new School of Science and Sport at Brighton College, with an allocated gridded structure that allows students to walk in endless hallways. The new School of Science and Sport for Brighton College, designed by OMA / Ellen van Loon, was inaugurated in an official ceremony by Sir Nicholas Soames on January 9th 2020, in the presence of Simon Smits, the Dutch ambassador to the UK, Headmaster Richard Cairns, and Ellen van Loon.

In the original competition brief, the Sports Centre and Science Department were presented as two separate projects. After a revised brief in 2013, and a second competition phase in 2014, planning approval was acquired in 2015 and construction started in 2017.

The Buhais Geology Park Interpretive Centre – designed by Hopkins Architects – has officially been opened by His Highness, the Ruler of Sharjah. The Park lies approximately 30 miles (50 kilometres) south-east of the city of Sharjah in a region of exceptional prehistoric and geological significance. The site features an abundance of marine fossils from over 65 million years ago, spectacular mountain ranges and ancient burial sites from the Stone, Bronze and Iron Ages.