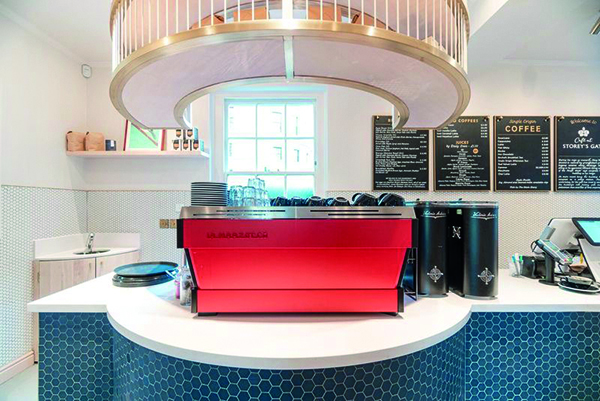 Established in 1982, Colicci is an artisan family brand of cafés, kiosks, and restaurants across London. Colicci serves its own single origin coffee which is roasted locally in Canning Town. They also have a dedicated bakery ensuring every cake and pastry offered is made by their team and as fresh as possible! Colicci’s kitchens serve fantastic breakfast, brunch and lunch menus, using only the finest local ingredients.

Storey’s is a building full of history. During his reign as monarch, King Charles II decided to expand his grandfather’s practice of keeping aviaries along Birdcage Walk. In doing so he appointed Edward Storey as “Keeper of the King’s Birds” and assigned him Storey’s Gate as his lodge. In more recent times, Storey’s Gate has been a police station and now, a café in which the design brief has tried to encapsulate the building’s rich history with touches of policeman blue and lots of bird inspired artwork.

Alongside that, the new structure, designed by Article Design Studios, uses methods and finishes that are sympathetic and complement the existing and adjacent architectural details, with a warmer tonal palette which draws inspiration from the autumnal colours found in St James’s Park. The interiors are clean, elegant, and inviting, using hexagonal shapes and limited timber.

Established in 1982 by Ernie and his wife Josephine, Colicci is a family business that has grown from a single ice cream van to now having an operation of over 30 fixed sites in London’s most visited parks with a mixture of cafes, kiosks, restaurants and beautiful ice cream trucks. In 2014 Colicci opened its own dedicated bakery, supplying handmade cakes and pastries to over 30 sites in London. Colicci won a Restaurant & Bar Design Award in 2017 for the iconic copper roof at their Westfield Stratford kiosk.
About The Royal Parks

The Royal Parks is the charity that exists to make sure London’s eight historic royal parks will always be there to enrich the lives of local residents and visitors to London.

The eight Royal Parks which the charity cares for are: Hyde Park, Kensington Gardens, St James’s Park, The Green Park, The Regent’s Park and Primrose Hill, Greenwich Park, Richmond Park and Bushy Park. It costs £40m a year to manage the park with the charity raising around 75% of this money itself and the remaining 25% coming from Government. 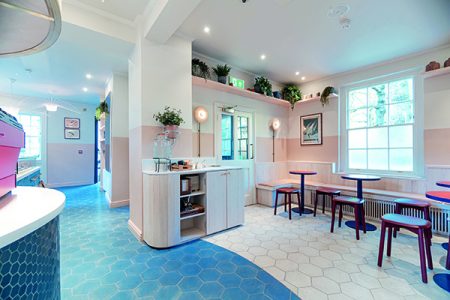