A £2.65 million project to improve ferry facilities at Tayinloan Pier is reaching completion.

Funding for the works was derived from the Council’s capital programme and a generous grant from the European Regional Development Fund of £0.5m. The central theme was to enhance peripheral and fragile communities and to ensure future sustainability.

Work began on the project in October 2011 and was implemented by Argyll and Bute Council to ensure that a reliable ferry service from Tayinloan to Gigha could be maintained. Prior to work taking place at the site, the pier had suffered from an accumulation of silt which in turn caused problems for the existing ferry service.

The project comprised the relocation of 80,000 tonnes of sand from the south beach to the north beach, the widening of an existing slipway and the construction of a new access road. 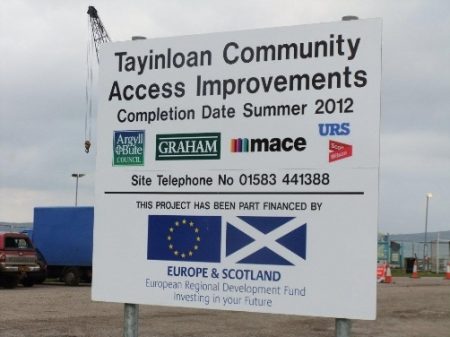 GRAHAM Construction was the main contractor on the project, whilst all design work was provided by URS.

Aspect Land & Hydrographic Surveys Ltd conducted a pre-dredge bathymetric survey at the site. This part of the operation involved mapping the seabed by means of a Kongsberg EA400 echosounder to establish the current topography and calculate the quantity of materials that needed to be removed during the works.  The company also provided interim surveys to the contractor, highlighting the progress made during dredging operations and identifying areas where further works were still required.

“The aim of this project was to improve the reliability of the ferry service to the Gigha community within the available budget. The works programme was mainly coastal in nature and was carried out largely from the shore, which required agreement from local interests.

“The reward at the end of the work is a smoother operation of what is a lifeline ferry service for the people of Gigha, and a slipway that is able to accommodate wider vessels in the future if required.”

Throughout the duration of the refurbishment works at Tayinloan Pier, the facility remained operational with only limited disruption for the Gigha community. In order to facilitate the work, a diversionary route was put into place to redirect traffic away from the site. Whilst the diversion was in place, the existing access road was unearthed and replaced with an improved route.

As there were previously no provisions for pedestrian to the ferry slip, a public walkway has also been introduced as part of the new access way. 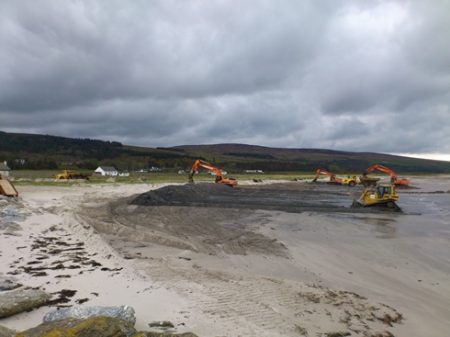 “We encountered weather disruption during the winter months but the contractor GRAHAM Construction managed to catch up very quickly to present a good quality job with excellent finishes. 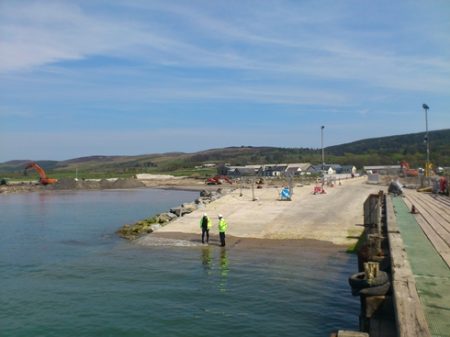 “Now that the works are almost complete, it gives us confidence that we can maintain this pier for the foreseeable future. We have plans to improve the infrastructure on Gigha which would facilitate a new berthing structure for the ferry and thereby effect a significant improvement for the ferry operator and the community. This will reaffirm the commitment to the future sustainability of the island. It is anticipated that this will be placed before Council for approval with works commencing as soon as 2013.”