Kensington Palace was built in 1689 and became the birthplace and subsequent home of Queen Victoria. Over the years the historic building has also provided a home to many Royal dignitaries including Diana Princess of Wales, Princess Margaret and Prince and Princess Michael of Kent. The Duke and Duchess of Cambridge will be moving into an apartment in Kensington Palace in November 2013. 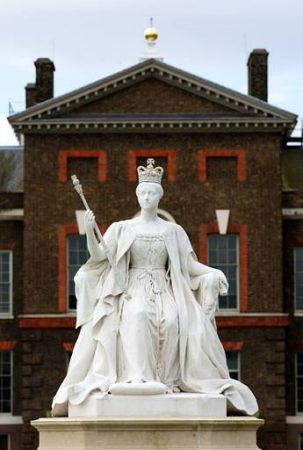 With work now complete on the scheme, the new facilities will offer visitors a greater understanding of what it was like for the Royal residents to live in such a historic landmark.

Work began on the project in 2010, with Mansell Construction Services Ltd as the main contractor. Funding for the refurbishment project was provided by Historic Royal Palaces, the Heritage Lottery Fund and a combination of grants, sponsorships, trusts and donations.

One of the key aims of the scheme was to ensure that Kensington Palace would become a vital learning resource for the local community. Former education and outreach programmes at the Palace were replaced with new services and Historic Royal Palaces now intends to increase its educational links to nearby schools in the Kensington and Chelsea area.

As part of the scheme five new exhibitions have been installed at the Palace, including Queen’s State Apartments, which promises to uncover the secrets of the historic dynasty. Victoria Revealed will be an exhibit focussing on the life of Queen Victoria and will include a display of previously unseen items including a gold locket and Prince Albert’s dressing kit.

Kensington Palace will also present a special exhibit showcasing a selection of dresses worn by Diana Princess of Wales. The dresses include a black strapless evening dress designed by Emanuel and a cocktail dress designed by Gianni Versace. 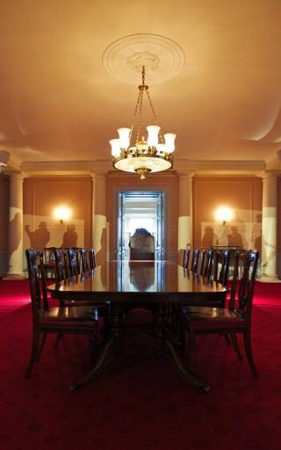 Additional features of the site include a new café situated on the east front of the historic building, and a courtyard terrace. A new lift has also been installed in the Palace to provide access to every floor of the building.

Another key aim of the project was to reconnect the Palace with Kensington Gardens, a landmark park which surrounds Kensington Palace.

Kensington Gardens was designed and created in the 16th century by royal gardener Charles Bridgeman and was originally part of the Palace grounds. In recent years railings and dense planting had caused the Gardens to become separated from the Palace grounds, so work was conducted to reunite the two landmarks as one site.

A new entrance to the Gardens was also installed during the works. The entrance guides visitors to a reception and orientation zone where visitors can discover more information about the historic building.

Existing avenues and features of the Gardens were also given a makeover and new public areas were introduced, including lawns and a maze-like path known as the ‘Wiggly Walk’. New shrubs have also been planted and the Garden will be fully accessible for disabled visitors. The landscape design for the gardens was provided by Todd Langstaffe-Gowan.

To complete the makeover of the external areas, a statue of Queen Victoria that was originally erected in 1893 received a number of repairs, including a new nose. The statue has stood at Kensington Palace since 1893 and is now the centre piece of the Gardens.

Historic Royal Palaces Chairman of the Board, Charles Mackay, said:

“We set out to awake the sleeping beauty of Kensington Palace and our objective was to open up the palace to make everyone feel welcome. It was the most ambitious and complex project we have ever undertaken.”

“We are telling a story here. We are not refurnishing rooms. But for people who want a traditional, historic-house experience, the objects are still here.

“We have wonderful portraits, wonderful jewellery, Victoria’s wedding dress, gifts exchanged between her and Albert, beautiful and evocative sketches they did of each other and even the first pair of black silk baby shoes she wore when she was just eight months old.”

“I think for some, Queen Victoria is that cliché of a fat, starchy, grumpy old lady in a black dress. I hope visitors will learn she said shocking things, she liked to have fun, she liked to stay up dancing until four o’clock in the morning and Albert couldn’t keep up with her.

“It was Queen Victoria who opened the State Apartments to the public after her Diamond Jubilee, so I think she’d approve of what we’ve done.”

Established in 1933, Frank B Scragg & Company began life as general brassfounders before adapting during the 1970s to supply services to the picture frame trade. In recent years Scraggs has diversified even further and now also specialises in picture hanging systems – both traditional and modern – for use in galleries, museums and stately homes.

“Kensington Palace has been one of our most prestigious projects and we are delighted that it has been such a success.

“We were pleased to be involved in the supply of traditional brass picture rails and chains which were installed in various rooms in the Palace.”