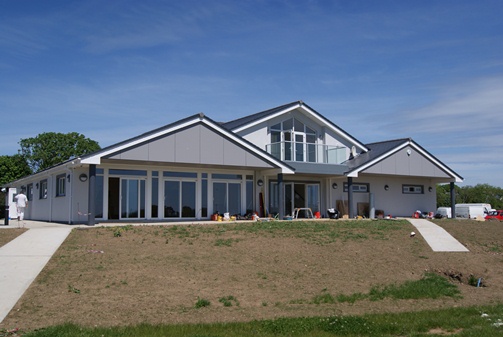 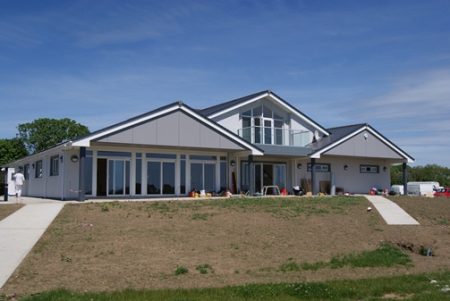 There is a bright future ahead for Colby Football Club with the completion of their exceptional new football ground.

The thrilling development is based in Colby and will house an array of sports facilities that will benefit the local community.

Work on the new football ground was commissioned after the planning authority granted Colby AFC planning permission to build new facilities on the site. The project includes construction of a club house and car park; the installation of a new drainage system and associated landscaping and lighting. Fencing will also be included along with a new railway crossing barrier.

The development – which will help to modernise football in Colby and the surrounding area – features two full sized playing fields. The site also includes an additional pitch built specifically for ladies and junior football teams.

In addition to the construction of the new playing fields the football ground also boasts an impressive club house. The club house consists of four changing rooms as well as two clubrooms – one situated on the ground floor which has the potential to hold up to 110 visitors and another on the second floor which can host 50 guests.

The project is being carried out by Island Drainage and Groundworks and was designed by Hugh Logan Architects. The total cost of the development is £1.6m with the club funding the venture through the sale of their previous ground – Glen Road.

Work began on the project in 2010 with the construction team conducting work on the assembly of the three playing fields, the all weather pitch, clubhouse and changing rooms, tractor shed and car park. The project is now very close to completion with work primarily focusing on the construction of the road surrounding the complex.

Prior to work taking place on the site the land was originally a greenfield site spanning 600 square meters.

“This was a huge community project that is primarily important to Colby Football Club as we were fortunate enough to get planning permission and with the help of the FA, we designed exceptional sport facilities for our village.”

This ambitious scheme developed after it was confirmed that Colby AFC would be unable to secure a grant from the FA to facilitate the development of the land where they previously resided at Glen Road. The site also lacked sufficient space for the expansion plans and with a huge junior division – comprising in excess of 250 children – all using the facilities many players were forced to play games at other venues.

The teams were still using the old ground in January 2012 and have since moved into the new ground through the use of portable cabins until the new site is fit for use.

The football club firmly believes that the new complex meets the standards expected by the Football Association. This includes providing services for women and disabled players as well as extra space that will be made available for the management and development of junior players.