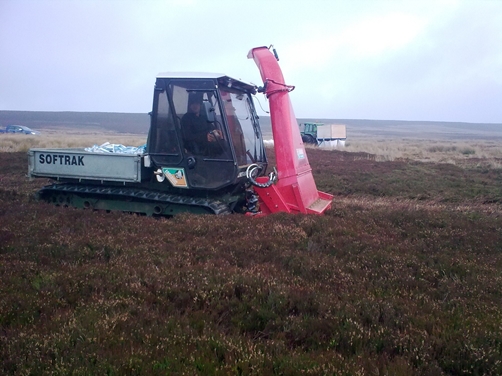 A little known project to save Britain’s answer to the tropical rainforest has been underway for some six years now.

The North Pennines Area of Outstanding Natural Beauty (AONB) Partnership’s Peatland Programme began work in the North Pennines in 2006 with the aim of restoring the largest peatland bog in England.

Peat is a type of soil that contains a high amount of dead organic matter, mainly plants that have accumulated over thousands of years. It is estimated that a typical peatland will grow by a staggeringly small amount of just 1mm every 10 years.

So why is it important? Peatland Programme Manager, Paul Leadbitter, explained its significance:

“People know more about rainforests and barrier reefs than they do about peatlands and these eco-systems are at the same level of importance.

In addition to housing an enormous volume of Carbon, the peat bog in the North Pennines peatland is also a massive store for water that is available to several million people in the North East. 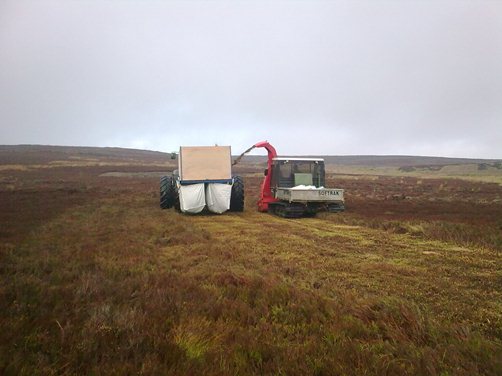 In light of these facts a sum of £3.1 million has been spent by the North Pennines AONB Partnership repairing the damage done to the peatlands over the last 60 years.

Speaking on the damage in the North Pennines, Paul said:

“In 2006 when we first analysed the peatlands we found that there were 10,000km of drainage ditches or grips that had been cut. These had been cut from the end of the Second World War until around the 80’s or early 90’s.

“They were cut to try and dry out and drain the peat to make the soil more productive, to have more grasses to support more livestock.

“Unfortunately peatlands don’t really drain very well that way, what it did do was to dry out a little bit of peat each side of the drain, causing erosion.

“We now realise how important peatlands are and there has been a movement to restore them.”

In a similar way to a National Park an AONB is a protected area, yet AONB’s do not receive funding in the same way. It therefore falls to the North Pennines AONB Partnership, which   is an alliance of statutory agencies, local authorities and voluntary or community organisations to raise funds in order to carry out the needed restorative work.

Having worked with Natural England and the Environment Agency, the Peatland Programme has now successfully blocked around 7000 km of drainage ditches- leaving only a few thousand in need of restoration.

Over the next few years the 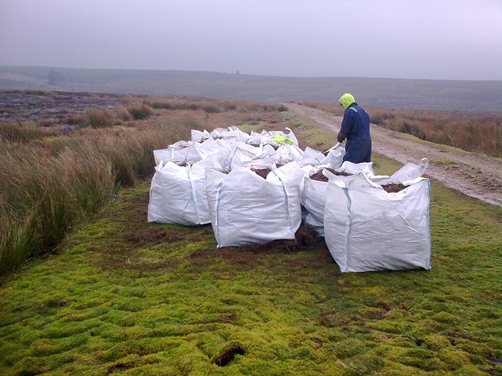 Programme will be turning its attention to the 5,000 bare and eroding peat sites in the North Pennines. The programme was recently granted a £500,000 Biffa Award to tackle this very problem.

Speaking of some of the challenges involved in the work, Paul said:

“The lands that we are working on are privately held, and it’s always an interesting discussion when   negotiating permission to do work. We work with the landowners and try to convince them that this work is important and needs to be carried out. We also make sure that the landowner is a part of the restoration plan so the work fits their needs as well.

“Furthermore, as we carry out the work from November to April there can also be issues with the weather, as  two winters ago for example we had a lot of snow and therefore couldn’t carry out the work- fortunately the weather is holding up this year and we are on track so far.”

The work provides a lot of business for local contractors in the North East and it is projected by Paul Leadbitter that the restoration of the peatlands in the North Pennines will continue for quite some time yet.

JW Bainbridge Contractors Ltd is an agr-environmental based contracting company working mainly on SSSI Moorland based projects, but also carrying out groundworks and some construction work.

“Most of our work is moorland based but we do some construction work. For example we work for uplands estates building things like grouse butts and repairing moorland access tracks. One of the biggest construction projects we have been involved with was The Hub at Barnard Castle.

“We try to leave the sensitive moorland sites as undamaged as we possibly can- to make it look like we’ve almost never been there.  We pride ourselves in doing a good job and this is shown through the contracts we have been awarded.”