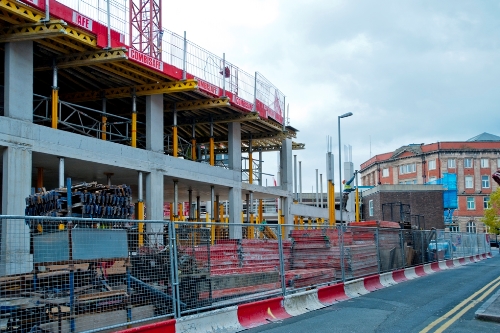 Liverpool’s iconic Everyman Theatre is currently undergoing a multi-million pound redevelopment to transform it into a theatre for the 21st Century.

The new theatre – which is set to open at the end of 2013 – will be fully accessible, environmentally sustainable building, that will boast a range of new features, including a 400-seat theatre, front of house catering and bar facilities and rehearsal space and production workshops. Additional features include allocated space for young performers and community groups, as well as a new incarnation of the legendary Everyman Bistro, which will be located within the site’s basement.

A dedicated workspace for writers is also being created within the building, so that the theatre can become a vibrant, creative hub for the next generation of scribes. 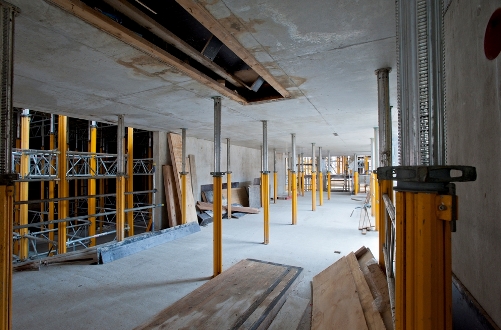 Commenting on the construction of the new theatre, Everyman and Playhouse Executive Director Deborah Aydon, said:

“After 10 years of planning and many funding setbacks, we are absolutely delighted to reach this point.

“We are enormously grateful to the funders and to other supporters such as the city council, which have made this happen by working together. We are working to create an inspiring new Everyman for generations to come.

“The new building will be a wonderful thing, but it is not the end of the story: it’s the beginning of the next chapter.” 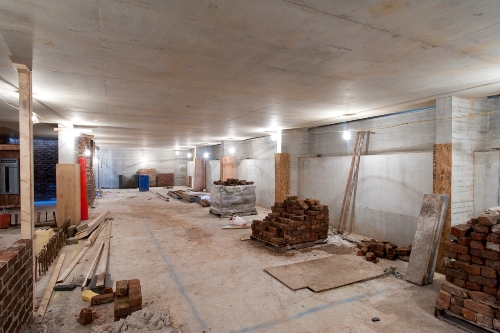 Gilbert Ash is the main contractor on the Everyman Theatre project, whilst leading architectural practice Haworth Tompkins is the architect. Mastercraft Construction Concrete is responsible for the framework as well as the joinery fit-out works on the project.

“Working on this project is very important to us. This is a very prestigious project in Liverpool and we are pleased to be associated with this redevelopment scheme.

“We have a lot of experience in this sector, having recently been involved with a number of theatre projects and we have a long standing working relationship with Gilbert Ash, which has lasted for more than 25 years.” 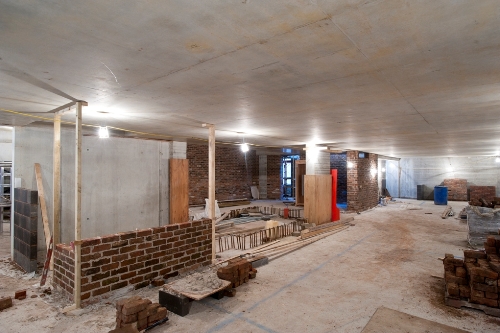 Work began on the project in January 2012, following closure of the theatre in July 2011. The last major production to take place at the site was Macbeth starring David Morrissey and Julia Ford.

“The Everyman provided me and many others with the courage to follow our dreams and pursue a career in the theatre. Now it can do the same for a whole generation and act as a creative heart in the city.” 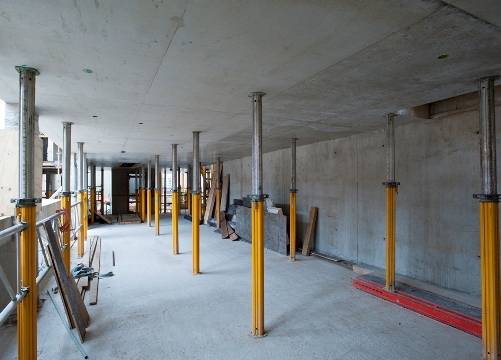 Whilst work is taking place on the project decorative hoardings have been erected around the site to mask the work from public view. The hoardings feature artwork designed by students at the Liverpool School of Art & Design at Liverpool John Moores University and from leading design agency Uniform.

The hoardings feature photographic portraits of the city and are accompanied by quotes from a number of famous plays.

Commenting on the use of the decorative hoardings Sarah Ogle Everyman and Playhouse Communications and Sales Director, said:

“In conversations with our creative partners, we explored how we might make a feature of the site hoardings. We wanted to celebrate the city, its creativity and its young people – vital elements of the new theatre.”

“This was an opportunity to work with one of the country’s leading design consultancies and a Liverpool legend with an international reputation.” 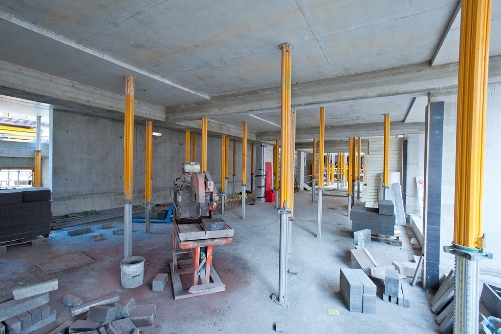 The Everyman Theatre was founded in 1964 in the appropriately named Hope Hall – formerly a chapel and cinema – in an area of Liverpool noted for its bohemian environment and political edge. It quickly built a reputation for ground-breaking work. The theatre has also provided a starting point for some of the UK’s top acting talent, including leading names such as Julie Walters, Matthew Kelly, Bill Nighy and Jonathan Pryce. More recently the Everyman programme has ranged from classics such as Pete Postlethwaite’s King Lear to Jonathan Pryce in The Caretaker.

Once work is complete on the project the site will be able to cater for the next generation of writers, actors and directors.

For more information about Everyman, including information on the progress of the new theatre, please visit: www.everymanplayhouse.com.