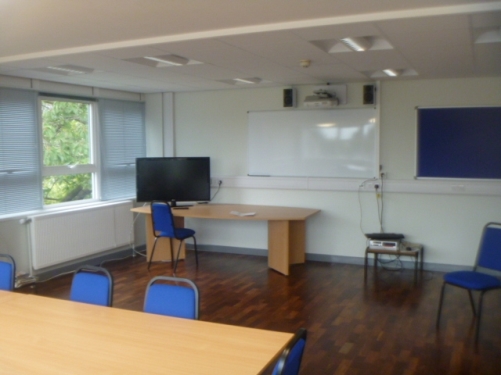 An £880,000 project to refurbish and modernise a fire and rescue station in Newport has reached completion.

The Maindee Fire and Rescue Station Refurbishment project was completed in October 2012 and comprised the complete internal reworking of the existing station to cater for both male and female fire fighters. In addition to a number of improvements – including the installation of DDA Compliant entryways – the building was also made more energy efficient.

The scheme was implemented by South Wales Fire Service and is part of an ongoing scheme to update fire service provisions in South Wales.

“A lot of our building stock dates back to between 1950 and 1975, so was constructed for a different time, when the fire service was primarily a male dominated environment. This station in particular was built during the 1950s so the purpose of the refurbishment was to make it more compliant, to meet the needs of our modern fire service.

“Our aim was to ensure the building is a well maintained property that conforms to our diversity and equality agenda.

“We also wanted to encourage community interaction, so we made the property more accessible in order for members of the public to engage with staff through a number of community-based schemes.” 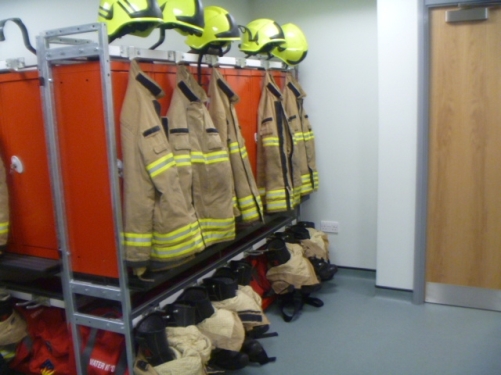 Work began on the refurbishment project in February 2012. Newport-based company, Davlyn Construction was the main contractor on the project, whilst architectural services were provided by the in-house design team at Monmouthshire County Council.

During the refurbishment works, Maindee Fire and Rescue Station received a complete internal makeover, with ground floor and first floor accommodation modified to provide new dormitory spaces, along with the installation of new male and female shower facilities. Washrooms, offices and new kitchens were also included in the refurbishment scheme, whilst two redundant compliance bays were converted into a gymnasium and fitness equipment area.

External work included the replacement of hard landscaped areas, along with the installation of a security entrance system with an automated gate.

To complete the project lighting and heating systems were upgraded, whilst the exterior of the building benefitted from a full redecoration.

All of the work ran smoothly on the project however the site team did encounter one particular challenge, as Stuart explained:

“As a result of the strip-out works we identified some asbestos which hadn’t been picked up during the preliminary surveys. However we addressed this very quickly and removed it completely from the building.”

“In order to facilitate the ongoing refurbishment we phased the project. The work was divided into three phases and completed a section at a time which allowed services at the site to remain fully operational. Davlan Construction liaised with staff on a daily basis, which ensured that there were no disruptions and they did a fantastic job.

“We’ve taken a fire station which was constructed in the ‘50s and furthered it to such an extent that it meets all the needs of modern fire fighting.”