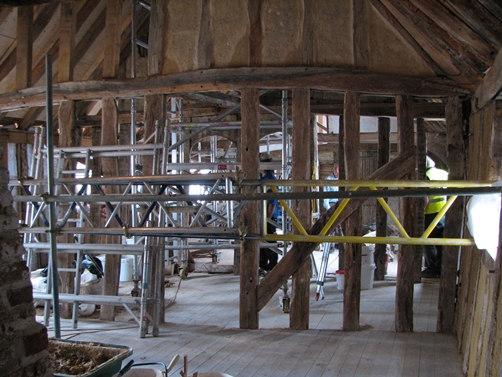 Finchingfield Guildhall, a 15th century timber-framed building in the centre of the village of Finchingfield in north Essex, is being restored.

The project is being driven by the trustees of the Finchingfield Guildhall Trust, supported by a group of local volunteers. Discussions started on the restoration of the hall in 2006. Building work began on site on the Grade I listed building on 12th December 2011 and should be completed in spring 2013.

The project is being supported by the Heritage Lottery Fund and English Heritage as well as a range of other trust, corporate and private donors. 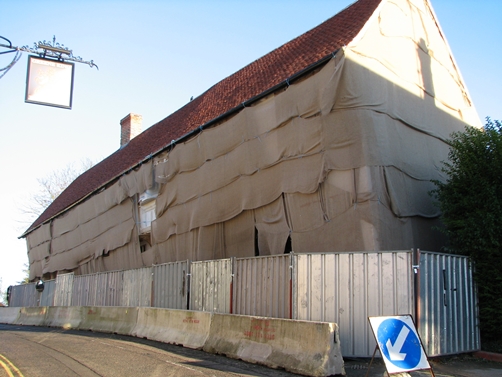 “We had a survey because I was looking through the insurance for the Guildhall and thought how low the rebuild value was – it was lower than my own house.

“The surveyor told us we were under-insured by five- and- a -half times. He also said the building needed work doing to it quite urgently – the roof was bad, the walls and floors needed replacing and we needed new doors and windows.

“He also said not to do it bit by bit and to go for one project. English Heritage was consulted and put the Guildhall on the “At Risk” Register. We have been working on this project since 2006 and have raised over £1.6 million.” 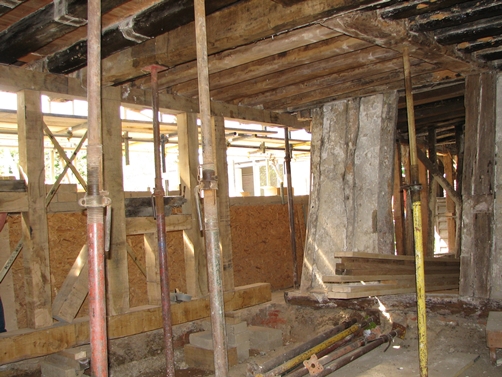 Fairhurst Ward Abbotts is the sole contractor working on the project; FWA’s conservation group is a specialist heritage builder and the company is a royal warrant holder. The architects are Kay, Pilsbury Thomas, a local company of conservation accredited architects. Both FWA and KPT are passionate about historic buildings and bring a wealth of experience to the project. 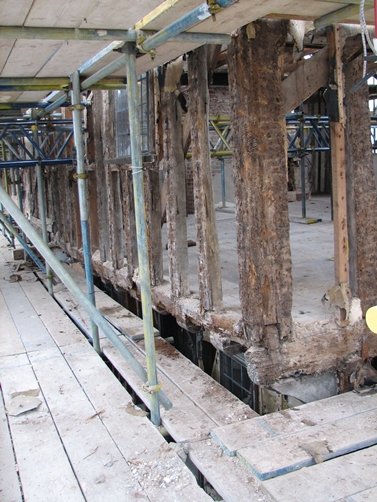 “We employed our architects in 2006 and they have been superb. The project has developed from a fairly modest scheme of needing the roof repairing to doing a complete overhaul, carrying out a complete renovation to restore the building and return it to the heart of the community; it has been unusable for several years.

“The Guildhall has been completely stripped down to its timber skeleton and is being repaired – it leans around 400mm in the middle and some of it was rotten. Many of the 1470 timbers are pretty good but fairly extensive oak repairs were required and the roof has been completely re-done.

“There will be an enlarged museum and library – once we finish, the museum will be about five times larger than it was. Upstairs in the Guild Room we shall have created a beautiful multi-purpose space that will be used for seminars, functions, lectures and exhibitions.” 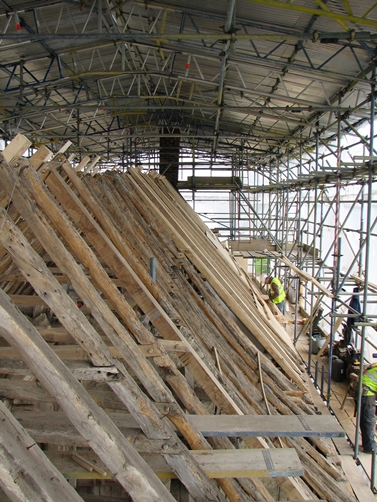 Established in 1983, Electrical Connections Ltd is an electrical contracting company and carry out design, lighting and power installations, IT cabling and the installation of fire alarms and security systems.

The company has worked on numerous projects nationwide for companies such as BMW,

On Finchingfield Guildhall, Electrical Connections Ltd is the electrical contractor on site.

“All our jobs are important to us for different reason we carry out a high quality installation for all clients.”