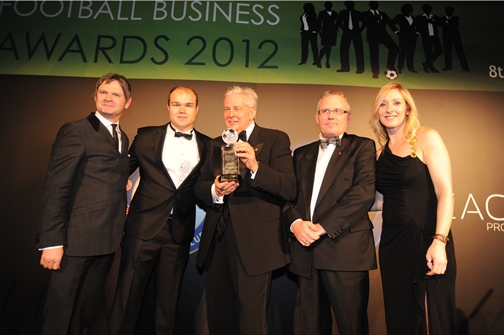 Red Box Design Group, the International architectural practice headquartered in Newcastle, has scored off the pitch by winning in the category of ‘Best Professional Service Business serving Football’ at the inaugural Football Business Awards.

Red Box Design Group was recognised by the judges for their role as master planners, architects and interior designers for St George’s Park, the new national football centre for all 24 England teams.

Commenting on the work carried out by Red Box Design Group, the team of Judges said:

“This project was delivered with real empathy for its surroundings, creating a state of the art facility which will have a huge impact on English football for generations.”

Held at the home of Chelsea FC, Stamford Bridge, the awards celebrated excellence and acknowledged success in the business of football. In total, sixteen categories were fiercely contested by clubs and businesses who work in football from the UK and afar.

“To be chosen as the firm to bring St George’s Park to life and then to be awarded for our planning, architectural and interior design work on this project was fantastic, it’s the architects’ equivalent of scoring a hat trick in the world cup final!”