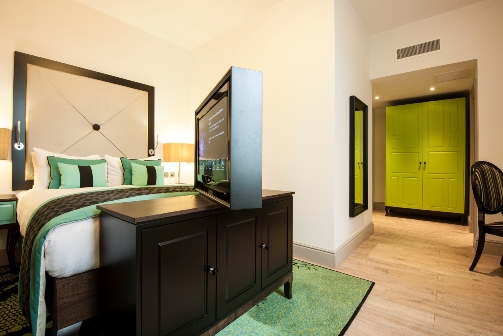 Hotel Indigo® – IHG’s upscale boutique brand – has passed the 50th property milestone with the opening of two hotels in London and New Orleans, two cities renowned for their rich history and culture.

Hotel Indigo, the world’s first global boutique hotel brand, has grown rapidly since its launch in 2004, and the openings of Hotel Indigo London Kensington-Earl’s Court and Hotel Indigo New Orleans Garden District mark a major expansion milestone for the brand. With the addition of these two properties, the brand has opened a total of 14 hotels around the world in 2012, adding seven new properties in the Americas, five in Europe and two in Greater China.

“We are thrilled about the opening of these two new Hotel Indigo properties and are equally proud to have reached such an important milestone that communicates a strong message to the development community about the success and global viability of the Hotel Indigo brand.

“Following a milestone year in Europe in 2012, we will continue to expand the brand’s footprint strategically, whilst growing strongly in California and Mexico. “ 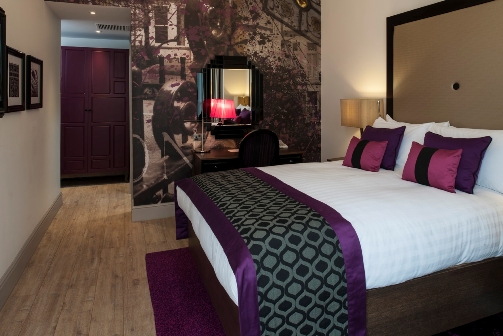 The Hotel Indigo brand continues to be a strong growth vehicle for IHG with its strategy focused on growing top-tier priority markets and gateway cities. With a quality global pipeline of 51 hotels, the Hotel Indigo estate is set to double in size to 100 properties within the next three to five years.

Hotel Indigo offers guests a unique experience reflective of the local neighbourhood with the modern design and intimate service associated with boutique hotels, along with the consistency from staying with one of the world’s largest hotel groups. Carefully crafted to meet the desires of today’s traveller, each Hotel Indigo hotel is designed to reflect the culture, character and history of the hotel’s surrounding area.