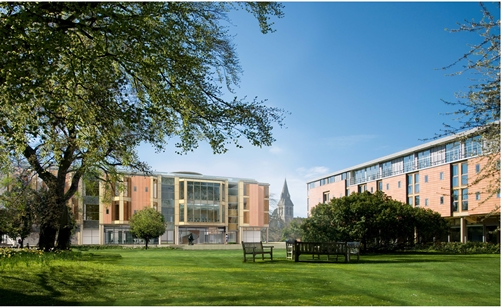 The Dickson Poon building is a brand new building being created for St Hugh’s College at the University of Oxford.

The £21 million building will house the University’s China Centre – an interdisciplinary research and teaching centre for studies on China – as well as provide the College with 63 en-suite student bedrooms, a full production kitchen, a 200 seat dining area, a 100 seat lecture theatre, and a range of conference and seminar facilities.

The Dickson Poon Building will also contain a dedicated library with study carrels and a reading room which will provide a permanent home for books from the Bodleian Library’s China Collection. Ground breaking research projects undertaken at the China Centre will cover many aspects of Chinese culture including business, global health, ancient history and art, and the environment and energy. 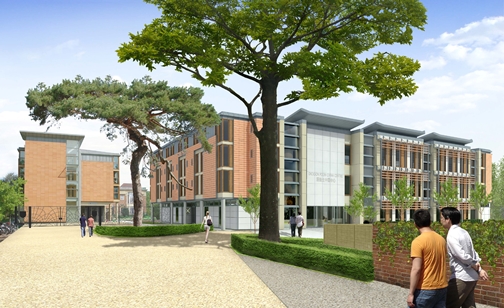 The new building is being named after Hong Kong philanthropist Mr Dickson Poon CBE, who kindly donated £10 million towards the cost of the building. Additional funds have been raised through generous donations by a number of benefactors, including over £40,000 from alumni of the College. The College will continue to fundraise for the remainder of £5.5 million, as prestigious naming opportunities for parts of the building remain open.

Galliford Try is the main contractor on the project, with David Morley Architects providing all architectural services.

“My role as Senior Project Manager is to ensure the project is delivered efficiently, on time and to minimise the impact on the surrounding environment of all activities that will contribute to the successful completion of this prestigious project.” 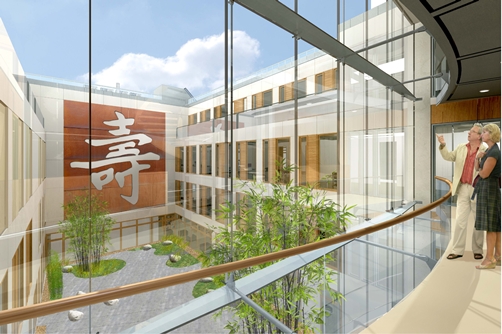 Work began on the new building in October 2012 with the erection of site hoardings. Prior to this some enabling works took place including the removal of Japanese Knotweed; the diversion of the College’s service ducts; and the installation of new IT network cables.

In addition, the fire alarm system has received an upgrade and two trees were relocated within the College grounds.

At present the basement excavation is complete and high level drainage to the building perimeter is progressing well. The construction of basement slab is underway and primary basement waterproofing is progressing in conjunction with concrete pours.

“To date we have installed just over 200 ton of steel within the basement area. Just in the low level basement we have poured over 1000 cubic meters of concrete to date.” 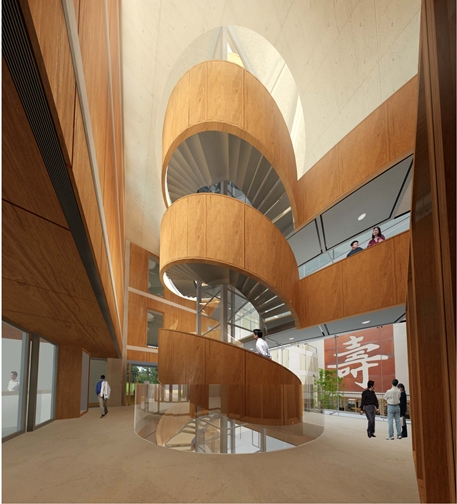 A tower crane was erected and operational on the site in early January 2013 and will remain in place until August 2013. Throughout the initial excavation works an archaeological watching brief is also being carried out.

As work is taking place on an occupied site, within a densely populated residential neighbourhood. To minimise disruption, all deliveries have been programmed to avoid peak traffic and school hours.

The Centre is set to become the largest facility of its kind outside of North America and will improve Western understanding of Chinese culture.

“The study of China in all its aspects, from ancient to modern, literary and artistic to scientific and environmental, political and economic to philosophical, is hugely exciting and very important not just for this University, but for the whole world.

“The creation of this new centre for study, bringing together research space, teaching space, and space for the display of Chinese artefacts is a matter for great celebration.” 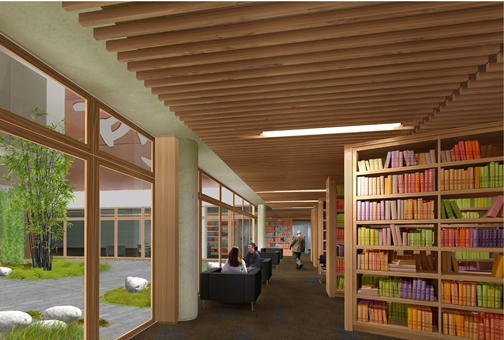 “The construction of the new China Centre is causing huge excitement amongst those in Oxford who are interested in China, and also demonstrates in a very tangible way the value of collaboration between a College and the University.”

The Dickson Poon Building is currently on programme and is scheduled to reach completion in March 2014.