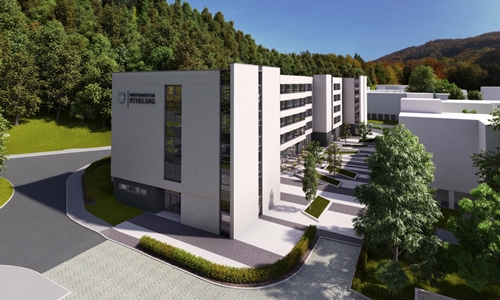 Phase One of a project to improve and modernise student accommodation at the University of Stirling is underway.

The project comprises the construction of 780 bedrooms, which will replace around 40% of the University’s on-campus student accommodation. The new accommodation consists of five and ten-bedroom flats, plus eleven nine-bedroom townhouses and a range of flats for students with families.

To complete the project, some external hard and soft landscaping is being implemented.

Commenting on the work, Director of Estates & Campus Services for the University of Stirling, Karen Plouviez, said:

“The University has 3,000 bedroom spaces, with 2,000 of these located on the University’s campus. As a campus university, students have a desire to live on-site in order to get the full student experience. For a number of years we refurbished existing residential accommodation to improve living conditions. However a couple of years ago we made the decision that in order to achieve the step change in quality that we wished to see, really needed to replace some of the existing buildings, which is what we are now in the process of doing.” 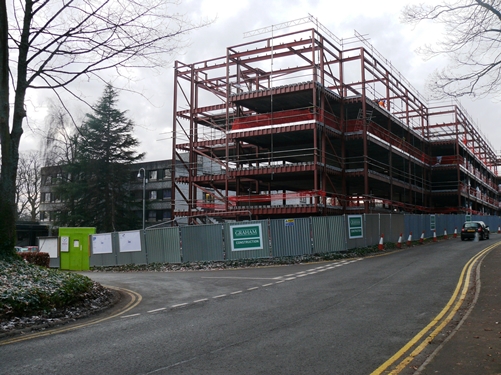 Work began on the project in August 2012, with the works divided into three phases.

The first phase comprises construction of new accommodation units and will increase residential capacity before the demolition and replacement of a number of existing buildings takes place. Phase One of the project is due for completion in August 2013 and will accommodate students from the September 2013 semester onwards.

Phase Two and Three involves demolition and reconstruction works. The early part of Phase Two overlaps with the latter stage of Phase One and demolition begins in June 2013, whilst Phase Three will get underway a year later. 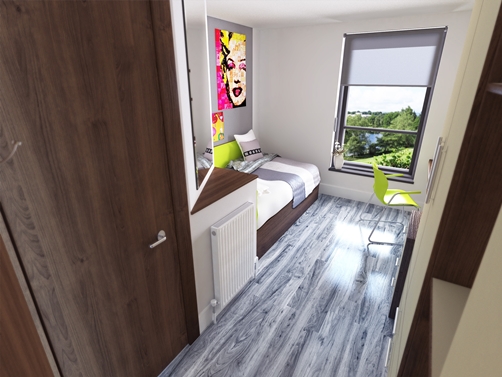 Graham Construction has been appointed to a framework contract for the development and is the main contractor on Phase One of the project, whilst Lewis & Hickey Architects is providing architectural services for the entire development. As part of the contract Graham Construction has taken on a number of Second Chance apprentices as part of a wider initiative to benefit the local community.

“The University has addressed the fact that it needed to up its game when it comes to providing high quality accommodation that meets the aspirations of today’s students, so it is very important to see this project is now underway. 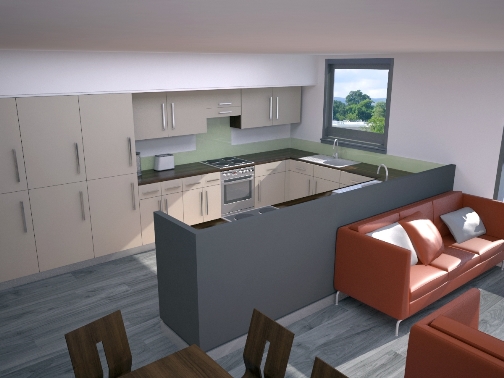 “During the early design phase we engaged with students to find out what they didn’t like about the existing accommodation and what they would improve. We then took these comments on board and built them into the design.

“The students are very excited about the new accommodation and the project is already shaping up to be a fantastic success.”