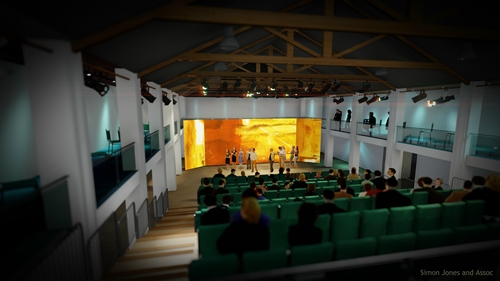 A project to rebuild a performing arts centre for Christ College in Brecon continues to make good progress.

The former Memorial Hall building is being given an overhaul in order to modernise and improve facilities at the leading independent school. The building – known as Y Neuadd Goffa: The Memorial Hall – will benefit from an extensive reconstruction and extension scheme and promises to enhance pupil experience at the school.

During the works, the existing building is being stripped back, the roof and trusses are being removed and replaced and extensions on each side are being installed to accommodate a new foyer and backstage facilities. In addition, some external work – including landscaping – will take place on associated areas to blend the building into its historic surroundings.

Once work is complete, the Neuadd, as it will be known, will accommodate the increasing number of pupils involved in the creative arts at Christ College; will provide state-of-the-art performance facilities for students and will boast improved teaching and gallery space. The Neuadd has been designed to be suitable for both large performances and small recitals and is set to enhance the physical environment of the school. 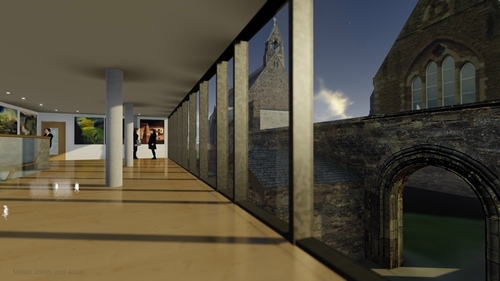 The building will include flexible seating and staging, along with hi-tech sound and audio-visual systems. Meanwhile, the new foyer and upper gallery will provide exhibition space for the pupils’ outstanding Art and Photography.

Work began on the project in September 2012 and is currently on schedule to reach a completion date of July 2013. Ace Building Contractors is the main contractor on the project, whilst theatre consultancy practice, Theatretech, is the architectural designer.

Theatretech is a leading theatre, television and audio-visual consultancy, working on projects in the UK and abroad. For more than 30 years Theatretech has worked on a range of projects, from concert halls, buildings for the Performing Arts, lecture theatres, through to stadia, recording spaces and TV studios.

“The main function of the building is for performing arts, therefore the building is undergoing a rearrangement to modernise the facility. The internal spaces are being reworked, the foyer is benefitting from a large extension and new backstage accommodation and a studio theatre are also part of the scheme.

“The project started as a refurbishment with extensions, however as the project progressed the site has been reworked and not a great deal of the original building will remain. Once complete the building will be modern and will provide Christ College with improved services. 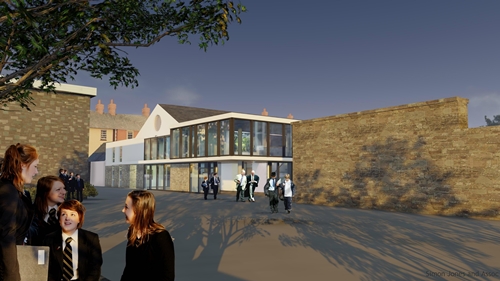 “At present the roof has been installed, first-fix services are taking place, the walls are elevated and we are currently working on the external cladding.”

“At Theatretech we build theatres, so working on a project like this allows us to draw upon our experience. Having taken the original plan and the original building, we are making it far more flexible, to hold more people, to be more comfortable for both audience and performers and to be better technically equipped. Once complete the building will also boast the sort of facilities which will make it attractive to outside users.

“The work continues to make good progress and despite less than helpful weather conditions during the winter months, the building is coming along on schedule. The project has a great contractor in Ace Building Contractors and we have encountered no major problems.”

For more than 50 years Memorial Hall has been in use by Christ College after being constructed with donations from Old Breconians in honour of the fallen colleagues who died during World War II. The building was upgraded in 1984, where it continued to serve the leading independent school by providing a space for assemblies, lectures and musical performances. The project is the first in a series of developments that are proposed ahead of Christ College’s 475th Anniversary celebrations which are due to culminate in 2016.