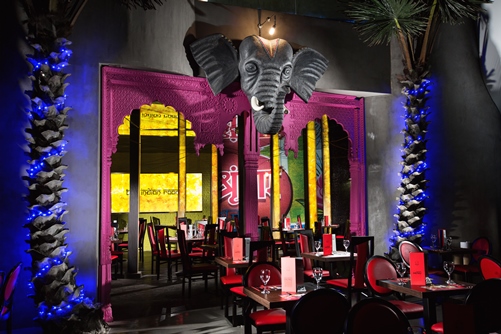 At the recently launched Red Hot World Buffet Nottingham visitors are offered the chance to step out of a bustling city centre and into the departure lounge for food heaven.

In a ‘world of escapism’ guests can start their journey in a restaurant inspired by international travel, passing through a ‘check-in’ desk before descending to ‘passport control’ and the bar in the ‘departure lounge’. The dining area itself includes a real aircraft hanging from the ceiling and private dining alcoves using seats from first class aircraft cabins.

The Head of Projects at Red Hot World Buffet, Dan Brown, gave Premier Hospitality Magazine an insight into the inspiration behind such a bold design. 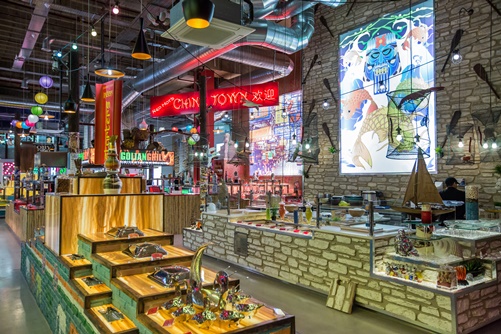 “I had been thinking of this airport design since we first started doing the Red Hot World Buffet, having trialed some of my ideas at the Leeds branch we were able to do a full airport at Nottingham because of the available space. The idea really stems from escapism and of course the ultimate escapism is when you go travelling and we wanted to reflect that.

“For inspiration on materials I looked at a series of airports from around the world and noted the heavy use of concrete and stainless steel, this theme is carried through the venue. 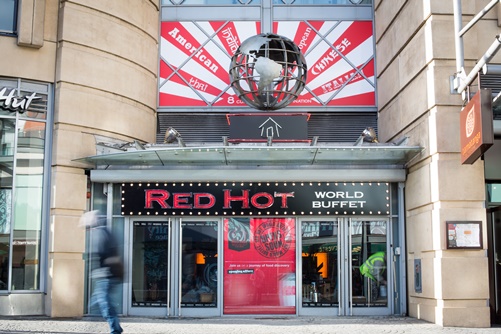 “In the arrival hall where guests will be eating there is an array of different decoration reflecting the different cuisines on offer, from Italian Graffiti to a giant Ganesha.”

Once seated your taste buds are in for a tantalizing tour around the globe! From Japan to China, Mongolia to India and the Mediterranean to good old Blighty, a team of experienced chefs will be charming you with flavours from across the culinary map. 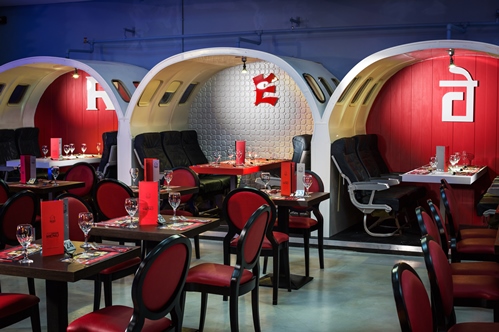 In the Indian kitchen expert chefs whip up hundreds of custom-made specialties from the North and South of the country, while an eight-meter sushi counter offers a constant supply of freshly rolled delicacies to accompany a plethora of East Asian dishes from the Thai and Chinese kitchens.

A fresh taste of the Mediterranean awaits in the Italian kitchen, where handmade pasta and dough is crafted and a state of the art oven, one of the first of its kind in the UK, fires an array of tailor-made pizzas. 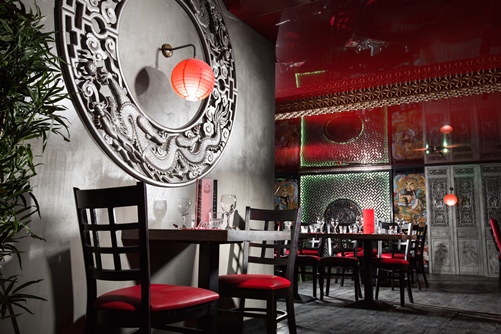 “The site which the restaurant now sits in was formerly a nightclub – this meant a lot of space, some 27,000sq meters in fact, making the restaurant one of the biggest in the UK.

“This combined with the varying tiers of the nightclub allowed us try the concept of a multi-zoned commute, with guests checking in, going through the departure lounge and then arriving in the buffet. 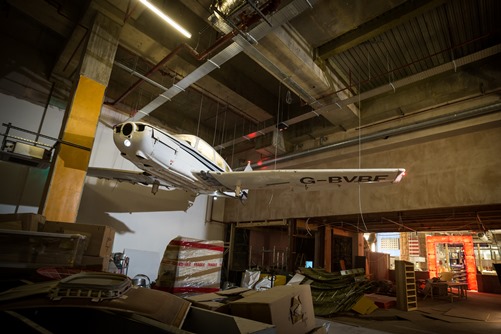 “To achieve the right feel we have used concrete screen on the walls, timbers, stainless steel, one part of the seating area is created from a fuselage of 747 and 100 suitcases have been used for a full wall collage – covering both entrance walls. The ‘departure lounge’ has been given the sort of fresh look like you expect in an airport. 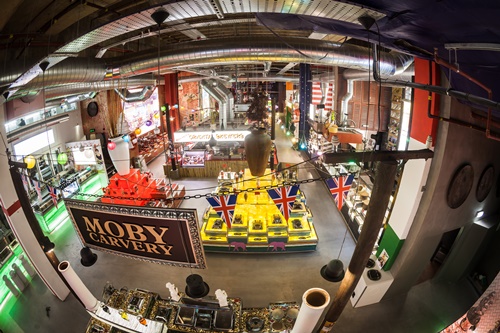 “It’s a highly competitive market and we have got a unique concept at Red Hot World Buffet with the amount of varied high quality food we do, the décor needed to be as unique and as high quality.”

With the launch in January, the Nottingham restaurant really has set the standard high for Red Hot World Buffet, indeed as Dan said:

“This is our flagship restaurant – it sets the standard for all future units. We’ll never have this size again, but in the future I will take elements so the branding continues.” 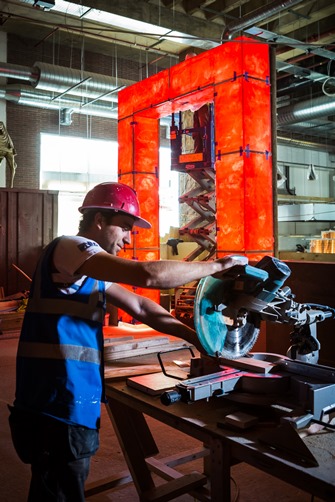 Bill Construction was the main contractor on the development, having previously worked on six other venues.

To book your flight to foodie heaven then visit www.redhot-worldbuffet.com.