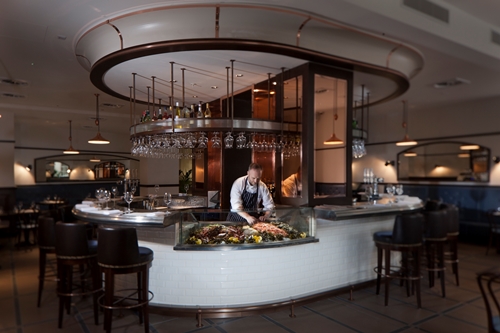 Following a £24 million investment and renovation programme, The Caledonian, A Waldorf Astoria Hotel has re-launched.

The landmark Scottish site is now part of the Waldorf Astoria Hotels & Resorts estate and is affectionately known to locals as ‘The Caley’. The Caledonian, A Waldorf Astoria Hotel is located at the west end of Princes Street, in a former Victorian railway station and boasts luxury bedrooms, a 24-hour concierge team, meeting rooms and a business centre. In addition, the hotel now includes two stunning restaurants – The Pompadour by Galvin and De Luxe Brasserie Galvin – from the Galvin brothers Chris and Jeff.

Fox Linton Associates were appointed by the owners of the hotel and worked with the Hilton Hotel Group as operators on the public spaces within the hotel, which included a spa and restaurants. Work began on the design of The Pompadour by Galvin and De Luxe Brasserie Galvin in June 2011 and reached completion on site in October 2012. 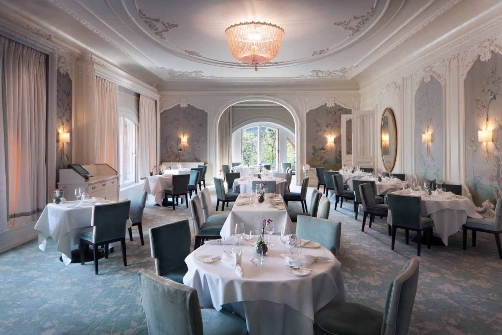 Discussing their involvement with the project, Dennis Irvine of Fox Linton Associates, said:

“We were appointed by the owner to convert the existing Caledonian Hotel in 2011 into a Waldorf Astoria hotel and part of our remit was to design two restaurants, The Pompadour by Galvin and De Luxe Brasserie Galvin.

“The two restaurants are quite different; The Pompadour by Galvin is a serene and elegant fine dining experience, whilst De Luxe Brasserie Galvin is a more informal, warm and engaging restaurant. In order to create the correct dynamic for each restaurant we spent a considerable amount of time understanding The Caledonian’s and Galvin’s business model and then approached the work accordingly.”

The transformation of the restaurants ran to plan, however the design had to adapt and evolve to tight time frames and make allowances as the hotel stayed open during the entirety of the refurbishment. 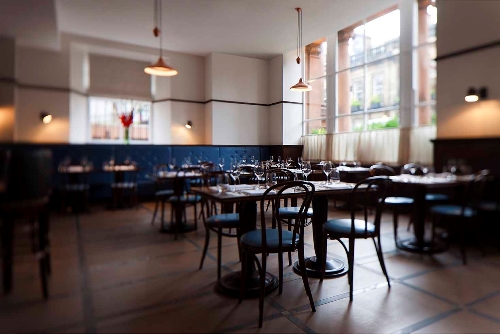 “Whilst working on De Luxe Brasserie Galvin we had to remodel quite a lot of the ground floor from what it was previously – part of the hotel’s restaurant and a Henry J Bean’s Bar & Grill – however as the building is over 100 years old we encountered quite a few challenges, specifically when installing and concealing new duct work and sprinkler systems.”

“In the Pompadour by Galvin we were a little more restricted due to the interior’s listed status however we brought in a calm, delicate design in order to create a beautiful, feminine space which would complement the feature wall panels.” 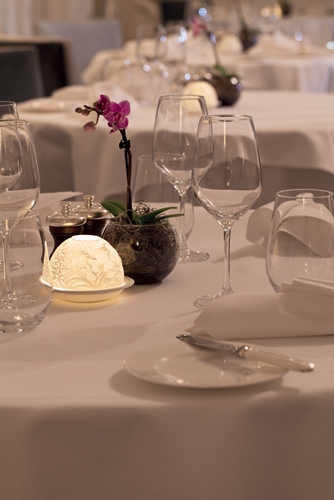 The design theme in The Pompadour by Galvin reflects the original inspiration for the room of Madame Pompadour, Louis XV’s mistress. Delicacy and refinement is everywhere, with the design incorporating a mix of light fabrics, intricate dusted gold metalwork and period style furniture.

Commenting on the project, Dennis said:

“Galvin is an established and grounded brand, and is very well thought of within the industry, so it was a pleasure to work with Chris and Jeff who have the same values, passion and dedication as Fox Linton Associates. 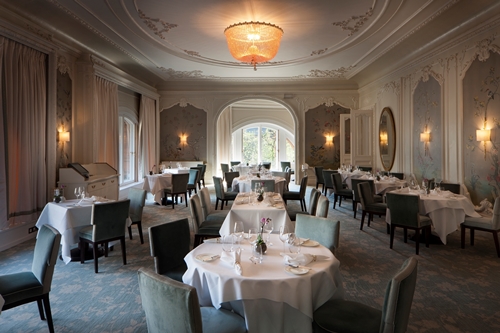 “The feedback for both restaurants has been very positive and we value our involvement with this prestigious project.”