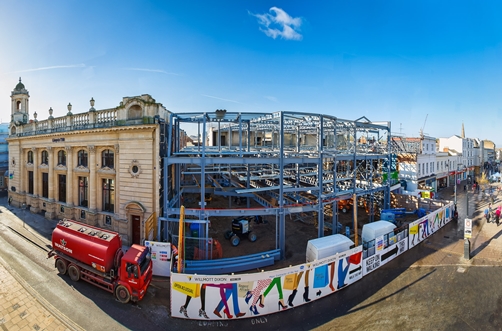 To the delight of shoppers, the multimillion pound redevelopment of Regent Arcade Shopping Centre in Cheltenham is set to be completed in May.

The development will see an increase in retail space for some of the centres big players such as RiverIsland and TK Max, in addition to the creation of a new H&M store bringing this major retailer to Cheltenham.

“We started the works on Regent Arcade Shopping Centre a few years ago with the view to refurbishing the whole of the centre.  Under the first phase we installed new roofs, lighting, and water harvesting facilities in addition to refreshing the mall with new toilets, lifts and escalators.

“The second phase of the works was to build a new stylish façade and reconfigure existing space to create two new much needed large retail units. It could also be argued that a lot of space was not being used efficiently as we had quite a large atrium entrance and a barrel vaulted roof.” 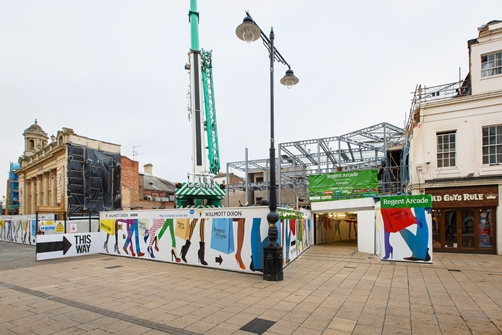 “When it was decided to go ahead with the work, four units at the front were taken out in addition to a couple of other units on the first floor which were particularly difficult to get to and were isolated. H&M will have somewhere in the region of 23,000 sq ft of retail space, River Island were trading on 5,000sq ft, that has been extended to 13,000 sq ft. We have also increased TK Max’s space by around 30% meaning they now have a much more viable operation to increase ranges. 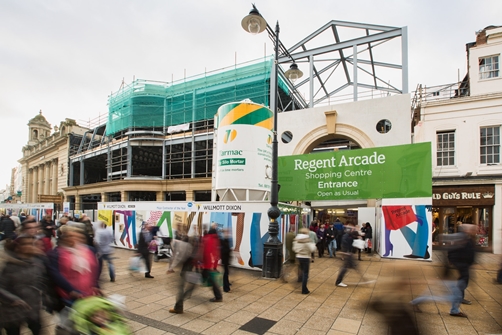 “With that whole development and BHS spending £3million investing in their space a few years ago, we will have a much better magnet for shoppers coming to Cheltenham.”

Speaking about works to the frontage of the shopping centre, John said:

“The new frontage is a much clearer and better design and complements the Regency buildings on either side. Architects for the scheme are Chapman Taylor and they used Robert Chitham, a former English Heritage Chief Architect design a façade that kept that regency fee.  We have tried wherever possible to use traditional material, so the tiles going on the roof were quarried in Wales and Bath stone has been used.”

How has the development affected business? John said:

“It has gone smoothly bearing in mind that this was our major entrance- brining in around 60% of our customer footfall. So obviously quite a sensitive area, there was some disruption but we came up with imaginative signs to direct customers in. 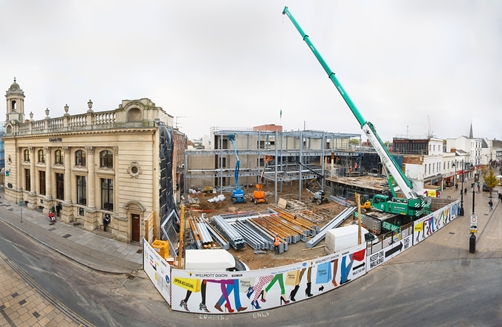 “We have held up quite well with the footfall, it only dropped by about 3%, which is quite remarkable considering the amount of work being done and the economic climate.”

Going forward how will the new look Regent Arcade Shopping Centre help business? John said: “It is difficult to put numbers on it, but without doubt the increase in space for retailers and the addition of H&M will give people visiting Cheltenham a much better offer.”

For more information about the centre visit www.regentarcade.co.uk