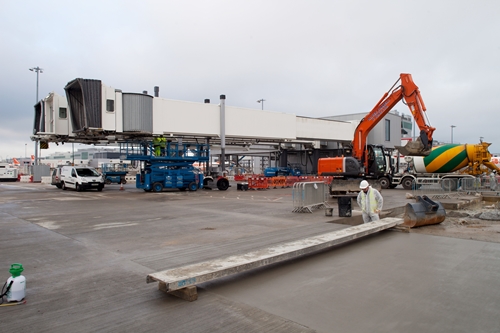 A £6.4 million project to provide Gatwick Airport with a new pier-served A380 stand has reached completion.

The Gatwick Airport A380 project reached completion in March 2013 and has been hailed as a ‘fantastic success’. The new stand now allows the airport to accommodate A380s, the world’s largest commercial aircraft.

Work began on the project in June 2012 with Vinci Construction UK as the main contractor and Gatwick Airport providing the initial design work. During the scheme, Vinci combined stands 110 and 125 and reconfigured the air bridges to create the new stand. 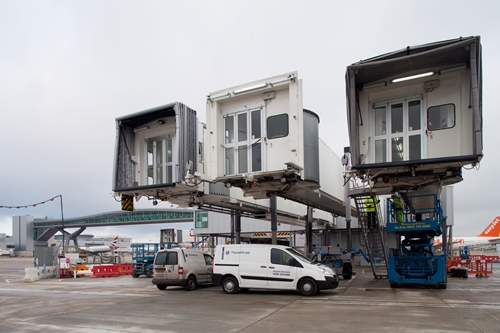 “As part of Gatwick’s overall ambition to be the airport of choice for passengers, we are committed to helping the airport grow, and as part of that we also want to be able to help our airlines grow. This project allows us to be able to operate the new generation of aircraft – in particular the A380 from Gatwick Airport – and it has been a fantastic success.”

“We have had A380 operations running from Gatwick in the past, but we haven’t previously been able to utilise the three doors that the A380 has. This project has addressed this problem in a cost effective way.” 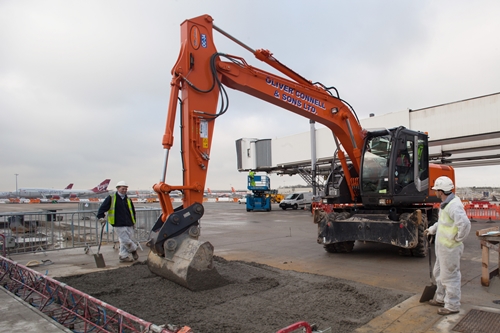 During the works three new air bridges were created and when existing materials were removed from the site all efforts were made to recycle and reuse the materials on other areas of the airport.

“The project was designed to provide the airport with a quick solution and ran exactly according to plan. Moving forward we have plans to provide additional pier services for other aircrafts. This A380 capability will remain in place until we begin on the next project which will run between 2014 and 2019.”

“I joined Gatwick Airport in January 2012 and I’ve seen this project go from the design and development through to completion. It has been a well designed, exemplar project, with a great team behind it. Some projects have challenges, but on the whole everything ran smoothly on this one, which allowed us to deliver a great product.” 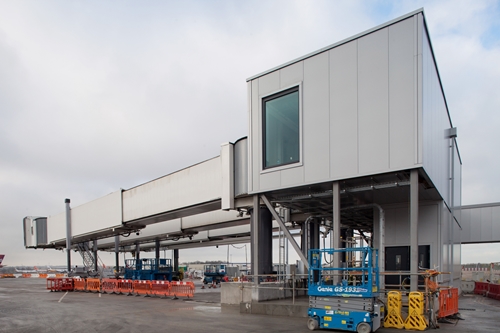 Gatwick Airport is the UK’s second largest airport and the busiest single runway airport in the world. Gatwick Airport serves approximately 34 million passengers per year, taking people to around 200 destinations in 90 countries.

BW (Electrical Contractors) Ltd is an electrical contractor specialising in providing services for the industrial & commercial sector. The company has been in operation for more than 30 years and provides a full mechanical and electrical package to clients, which also includes the installation of fire alarm and data systems. 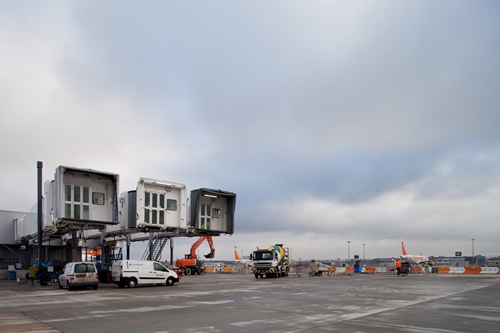 BW (Electrical Contractors) Ltd has operated at both Heathrow and Gatwick Airports for the past 25 years and in this time the company has completed many important projects, including Gatwick’s North Terminal Central Search, decommissioning of the old Terminal 2 & Queens building’s at Heathrow Airport and large electrical fit outs for British Airways Hangars. 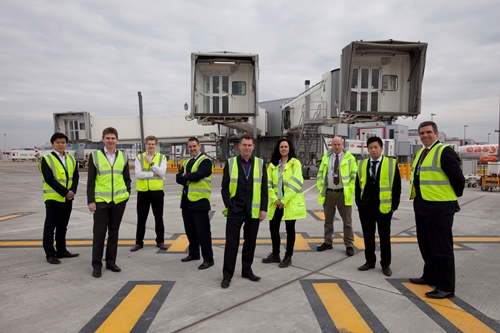 “There are only a small amount of contractors capable of working on airport projects, so to be a long standing member of a team of such talented sub-contractors is a great achievement. We have maintained our contracts for many years and this is something that we are very proud of.”

“We pride ourselves on offering a good quality of service and put H&S as upmost importance when completing any size project.”